The City of York has been booming recently, revitalizing its downtown and drawing more visitors in, according to business owners and the city manager. YORK, S.C. — On Small Business Saturday, the things you buy won’t be what matters most. For small business owners, your support is crucial and meaningful […]

The City of York has been booming recently, revitalizing its downtown and drawing more visitors in, according to business owners and the city manager.

YORK, S.C. — On Small Business Saturday, the things you buy won’t be what matters most. For small business owners, your support is crucial and meaningful after a tough year and a half.

Charlotte has seen businesses flourish, many bouncing back despite some permanent closures through the pandemic.

It’s one thing to try to fight through a pandemic in a large city, but in smaller and more rural areas, being a small business owner can be tough, too.

In York, South Carolina, with a population of roughly 8,000 people, business owners were unsure how they’d make it out of pandemic restrictions that put limitations on business.

However, by pivoting and perseverance, many pushed through while others opened their shops during unstable times.

She’s in love with the small town that seems to be growing by the week. She’s also thankful for the locals who, in large part, helped keep her business alive.

Her shop sells handcrafted items and hand-painted furniture. From home decorations to seasonal treasures, there’s something in the store for every occasion.

“The locals that live here have made it a point before they go shop the big box stores, or even go to Amazon, they will come to us,” she explained.

They opened the store three years ago, and they’ve seen downtown York grow ever since then.

“The downtown was pretty dead, about 70% empty,” Amy Lynch said.

However, the city manager says that’s changed, in part, by a city council that’s invested $100,000 this past year to revitalize downtown York.

Sean Lynch’s new bookstore is a prime example of that growth. He opened Books 4 Ewe during the pandemic.

It’s a bookstore for everyday readers and collectors, with some books being sold online as well.

“I was worried hey, I could open this store and I could just end up with a really big library,” he said.

Jokes aside, his new chapter is growing.

“We’ve been profitable since we’ve opened,” Sean Lynch said. “I also have the online business that helps supplement what we actually make in the store.”

Both Sean and Amy lynch hope their successes continue.

“A lot of us are really looking for York to become a destination,” Amy Lynch said.

Wake Up Charlotte To Go is a daily news and weather podcast you can listen to so you can start your day with the team at Wake Up Charlotte.
SUBSCRIBE: Apple Podcasts || Spotify || Stitcher || TuneIn || Google Podcasts

All of WCNC Charlotte’s podcasts are free and available for both streaming and download. You can listen now on Android, iPhone, Amazon, and other internet-connected devices. Join us from North Carolina, South Carolina, or on the go anywhere.

Reducing waste during the holidays

Sat Nov 27 , 2021
With concern about climate change growing, this holiday season is a chance to try celebrating in more planet-friendly ways. Simple changes to the way we wrap gifts, send cards, decorate and entertain can cut out a lot of waste. (And often save money in the process.) “This is the year […] 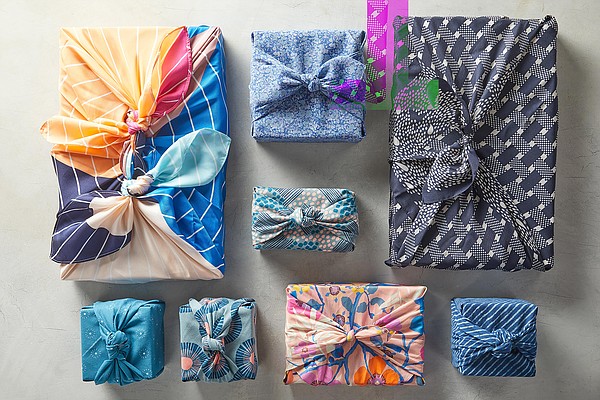