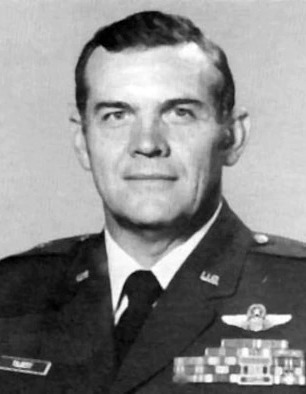 Brigadier General (USAF Ret.) William Troy Tolbert (January 6, 1934-September 16, 2021) General Tolbert was born in 1934, in rural Hollandale, Mississippi, and graduated from high school in 1951. He earned a football scholarship, was president of Kappa Alpha Fraternity, and graduated from Mississippi State University in 1955 with a Bachelor of Science degree in accounting. He received his commission through the Reserve Officers’ Training Corps (ROTC) program. His service schools include Squadron Officer School and Air War College, both at Maxwell Air Force Base, AL, and the Industrial College of the Armed Forces by correspondence.
He married his college sweetheart Louie H. King of New Albany, MS in June of 1955.
He entered the U.S. Air Force, commissioned as a 2nd Lieutenant, in July 1955 and completed pilot training in August 1956 at Webb Air Force Base, Texas. He remained at Webb Air Force Base as an Air Training Command instructor pilot until 1960. From September 1960 to September 1961, he was assigned to the Okinawan Air Defense System as a weapons controller. Tolbert then joined the Air Defense Command at Tyndall Air Force Base, FL, as a flight examiner and wing standardization and evaluation officer with the 325th Technical Training Wing.
In February 1964 he become aide-de-camp to the commander of the 73rd Air Division, also at Tyndall Air Force Base. He transferred to Karachi, Pakistan, in April 1964 and served as aide-de-camp to the commander of the Military Assistance Advisory Group in Pakistan until June 1967. He then entered combat crew training in F-4s at MacDill Air Force Base, FL, and subsequently flew 255 combat missions in Southeast Asia.
Following his tour of duty in Southeast Asia, Tolbert was assigned, in February 1969, as executive assistant to the commander of 4th Air Force at Hamilton Air Force Base, CA. In August 1969 he was assigned to the 4th Tactical Fighter Wing at Seymour Johnson Air Force Base, N.C. While there he held several positions including director of training and chief of standardization and evaluation. In October 1972 he was assigned to the 335th Fighter Squadron, also at Seymour Johnson Air Force Base, as squadron operations officer and deployed with the unit on temporary duty in Southeast Asia. He commanded the 335th Fighter Squadron from March 1973 to April 1974 and was awarded “Top Gun” by the squadron.
Tolbert graduated from the Air War College in July 1975 and was assigned to Tactical Air Command headquarters at Langley Air Force Base as chief, Fighter Programs Division, and later as deputy director of fighter-reconnaissance operations. In December 1977 he became the Director of Operations, Headquarters 9th Air Force, Shaw Air Force Base, S.C.
At his retirement, he was the only officer to have commanded three of our Country’s premier fighter wings. He was named commander of the 347th Tactical Fighter Wing at Moody Air Force Base, GA, in October 1978, and then in August 1979 took command of the388th Tactical Fighter Wing, Hill Air Force Base, Utah and brought the F-16 online. In August 1980 he became commander of the 1st Tactical Fighter Wing at Langley Air Force Base. He was promoted to Brigadier General on Sept. 8, 1980.
General Tolbert had 5,500 total flying hours in numerous aircraft and was combat qualified at the same time in both the F-16 and the F-15. His military decorations and awards include the Legion of Merit, Distinguished Flying Cross with oak leaf cluster, Bronze Star Medal, Meritorious Service Medal with oak leaf cluster, Air Medal with 17 oak leaf clusters and Air Force Commendation Medal. He retired from the military in 1982 and moved to Valdosta, GA with his wife and children to pursue a civilian career. He went into partnership with local businessmen and ran Delta Food Stores for many years. Later he combed his love for hunting and outdoor activities and began managing Jennings Bluff Hunting Preserve.
He was instrumental with the committee formed to keep Moody AFB off the Base Realignment and Closure Committee (BRACC). He, along with other retired military, civic leaders and local businessmen, researched and proved to Congress that Moody was a viable and necessary part of the defense of our country.
Tolbert was an active member of Park Avenue United Church and the Grace Dennis Sunday School Class, as his parents had instilled in him at a young age that his faith in God would be critical throughout his life. He was also a member of the Valdosta Touchdown Club, Viking Touchdown Club and Lowndes Band Boosters in support of his children and grandchildren, as well as various local and civic organizations.
He enjoyed meeting regularly with a much-loved group of military buddies for breakfast and comradery, lunch with a select few regulars and could consistently be found in the Perimeter Road Zacadoo’s drive-thru for breakfast in a cup.
Tolbert is survived by his wife of 66 years Louie King Tolbert of Valdosta; his daughters, Terri Taylor of Hahira, GA and Tracie Harris (Steve) of Musella, GA; daughter-in-law Pat Greene Tolbert of Hahira, GA; grandchildren Shelby Cave (Zac); Lauren Smith(Brannon);Mallory Fuller(John); and Katherine Taylor; Sara Harris; Jonathan Harris; Haley Tolbert; Will Tolbert; great grandchildren Luna and Hayes Cave and Beckett Smith. Also surviving are his brothers Richard Tolbert (Linda) of Williamsburg, VA and Mike Tolbert (Lorene) of Forest, MS; and his sister Gwen Burchard (Danny)of Brandon, MS. Tolbert is preceded in death by his parents, Troy Victor Tolbert and Jenny Louise Tolbert; his son, Michael Douglas Tolbert; sisters Jo Anne Caven of Brandon, MS and Betty Rinehart of Forest, MS.
The family will hold a private Celebration of Life, with Military Honors at McLane Riverview Memorial Gardens. In lieu of flowers, donations in his name may be made to Park Avenue United Methodist Church, at 100 E Park Ave Valdosta, GA 31602, or Langdale Hospice House, 2263 Pineview Dr. Valdosta, GA 31602 or www.hospiceofsouthgeorgia.org. Condolences may be conveyed to the family on the obituary page of www.mclanecares.com Carson McLane Funeral Home

Interior will move BLM headquarters, senior officials back to DC

Tue Sep 21 , 2021
In a reversal from the previous administration, the Bureau of Land Management headquarters, along with a few senior officials, will move from Grand Junction, Colorado back to Washington, D.C., the Interior Department announced Friday. The Trump administration moved the BLM headquarters to Grand Junction last year as part of a […] 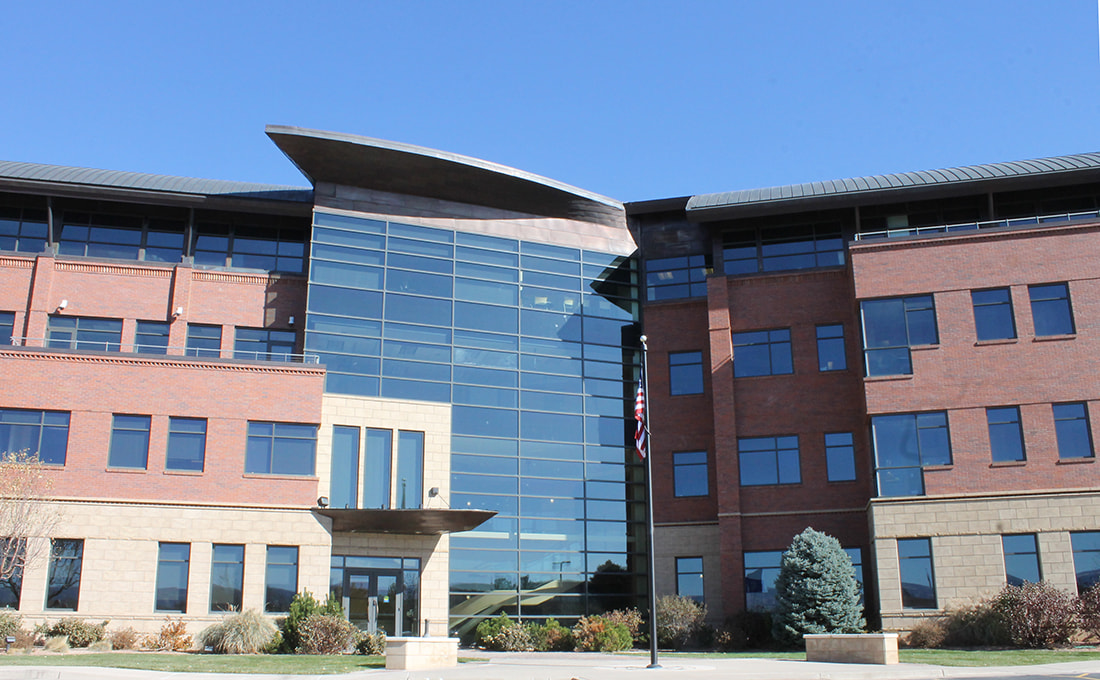