Roxanne Shakeri went to at least four different stores in the Los Angeles area last month in search of Halloween decorations. She said she wanted to adorn her apartment in orange and purple lights, witches and maybe even a spooky Snoopy figurine to “get into the spirit” and “make it […]

She said she wanted to adorn her apartment in orange and purple lights, witches and maybe even a spooky Snoopy figurine to “get into the spirit” and “make it feel like normal times again” after more than a year of disruption from the pandemic.

But stops at multiple Michaels, HomeGoods and Target stores yielded only a few decorative pumpkins and some other small items.

With just a few weeks until Halloween, shoppers across the country are encountering bare store shelves and “sold out” signs online as they hunt for decorations and costumes.

The lack of inventory is another consequence of the COVID-19-related shipping crisis crippling the global supply chain.

Historically at this point in the year, Spirit Halloween would have delivered some 90-plus percent of merchandise to its stores, the seasonal retailer’s CEO, Steven Silverstein, told NBC News. But as of Tuesday, the company had only sent out around 80 percent, he said. The rest should be delivered by the third week in October — about a week before Halloween.

Silverstein said the impact of the shipping delay has been building since spring.

“There was a lack of availability of equipment suddenly in April, when we start shipping,” he said. “And so that has put us back about four to six weeks.”

Marybeth Brock, an owner of Johnnie Brock’s Dungeon Party Warehouse in St. Louis, said last year the store would have had 95 percent of its product already priced and on shelves. As of this week, it was at 75 percent. Decorations have been affected most of all, she said.

This year, the company also has had issues getting large props and some common things, such as the mask from the “Scream” slasher movies.

“We have customers asking for them every day, and we just got those in today. Normally we would have those in the middle of September,” she said Tuesday.

Brock said there were rumblings earlier in the year that her industry could be affected by ongoing supply chain and shipping issues during the pandemic, as other industries faced problems.

“But really, I’d say August is when we’re like, ‘OK, these containers that were supposed to be there, they’re floating around in the ocean. They’re at a dock. They can’t get unloaded,’” she said.

This story first appeared on NBCNews.com.

Thu Oct 7 , 2021
Written by Lianne Kolirin, CNN An “incredibly rare” 16th century dish depicting the biblical tale of Samson and Delilah, which was discovered tucked away in a drawer, has sold at auction for more than $1.7 million — 10 times its original estimate. The plate, which measures 27 centimeters (11 inches) […] 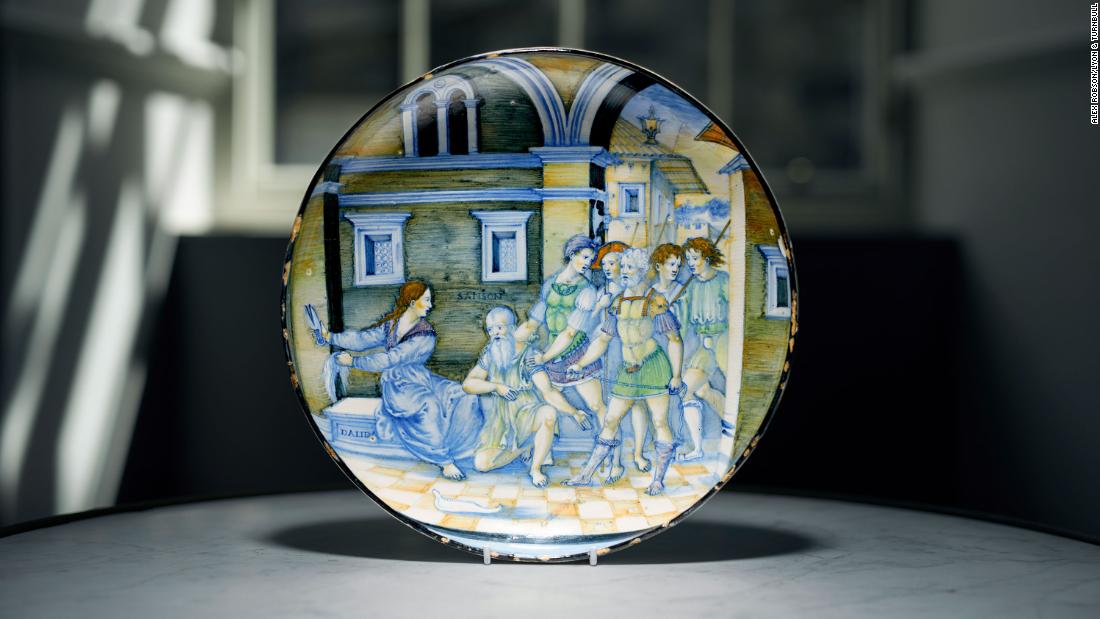