They say people have already formed an opinion of you within seven seconds of first meeting you. They look at your clothes, your hair, maybe your watch or your shoes, all in the span of just a few seconds. So without having to say much more than a word or two, these strangers have already crafted a full story of who you are in their minds.

Well, the same applies to your business. Your logo, the colors you have picked for your website or letterheads, your app and your business cards all tell consumers who your company is and what it stands for. Once again, this all happens within a matter of seconds.

This makes your business space (online or physical) incredibly important. Just like how people will immediately begin to judge your outfit, consumers will also judge your storefront before even stepping foot inside of it. That’s why you need to know what to prioritize, especially when it comes to elements like the colors of the walls or type of floor, but also with often-overlooked elements, like chairs, shelves and tables.

Each object tells a story. From your lamps to your furniture, they all have a unique story to tell, so you need to make sure that you are properly telling it. This story is usually one of its design process, including the reason why that object was made and the audience it was intended for. Objects are elements of a language and are not interchangeable; you can find alternatives, but they need to have the same meaning. Design works the same way as this sentence: You can replace a word with a similar one, but you can’t replace it with something that has a completely different meaning or one that belongs to an entirely different language. Poets spend months refining a verse, trying to find words that work together in the best way possible to convey a certain feeling or message. It took five years for Leonard Cohen to write “Hallelujah.” Designers use objects, colors, materials and light to tell that story or that feeling.

To see this kind of mentality in action, we can travel back to the early 20th century when French architect Charlotte Perriand was making waves in the industry. When she designed her first furniture collection with Le Corbusier, she intended to explore the possibilities of steel to create pieces that were light, easy to clean (as compared to the traditionally upholstered armchairs) and ones that could be mass-produced. The removal of any decoration from surfaces was also a political statement at a time when too many people were exploited for their cheap labor in order to produce highly decorated objects for the rich.

Perriand’s series of furniture, together with Mallet-Stevens, Mies, Aalto and many others, was an attempt at creating objects that were democratic, sustainable and honest to their core. Although not overly obvious traits, these are things that consumers pick up on. So including this type of furniture throughout your business interior can communicate these same morals and values to the outside world.

Another example is the Sacco chair (the inspiration for what we now call the bean bag chair) by Piero Gatti, Cesare Paolini and Franco Teodoro back in 1968. You have probably seen it in countless movies and in cheap Ikea replicas. It is mostly made fun of as part of an era that has not seen yet a revival, but its creation was groundbreaking.

The designers did not create a new chair. They created a new way to look at seating. 1968 is the year the world broke with the past and its outdated social conventions. Young people were finally free to live the life they wanted and, of course, sit the way they wanted. No more heavy wooden chairs and formal dinner parties with expensive silverware. When you see that chair, you know that that’s the story it carries within. And you also know that if you use it, you are implying a company culture that is relaxed, informal, open-minded and spontaneous.

One last example, derivative as an evolution from both previous attitudes, is the Tartar Table by Ettore Sottsass from 1985, or any of the other Memphis pieces that are so trendy today. As the Metropolitan Museum states on its website, “The table encapsulates the qualities that defined Memphis: unconventional and innovative new forms that challenged the design status quo; an emphasis on the ephemeral quality of design as media images in circulation; a cheeky interplay between low-cost materials and high-quality production.”

Once again, the group was intentionally creating something that stood against the past examples of style and the bourgeoisie and instead created something that was a slap in the face to good taste and functionalism. These objects were extremely serious while presenting themselves as playful.

With great respect, they referred to mass culture (the American diners, the coffee shops and anything spontaneous) while at the same time basing most of their forms and language in various ancient cultures. They used decor as a language, and they proved that decor is rooted in culture. By removing decor, you are essentially removing a cultural link between the object and the people using it.

The common thread among these stories is that every element of design, including picking a color, a piece of furniture, a lamp or anything else for your brand will represent something. So you need to be careful in understanding what these objects are saying about you and your business since their meaning will be part of your company as well.

It is never about just picking something that looks “pretty.” Your brand carries values that need to be transmitted to your employees first, and then to the world. Every choice you make, from the simplest tile to the door handles to the chairs or the tables, will have a profound, often subconscious effect on the people using that space. And you know what they say about the first seven-second impressions … they last.

Forbes Business Council is the foremost growth and networking organization for business owners and leaders. Do I qualify?

How To Build A Recycled Plastic Skateboard? Designer Giving Away Plans For Free

Tue Sep 29 , 2020
One of the 100% recycled plastic skateboard decks being put to good use. Jason Knight/MANDIN Collective Plastic bags, bottle caps and CD cases, with a little work, can be the ingredients for making a skateboard deck. You have to add the trucks and wheels later on, and designer Jason Knight […] 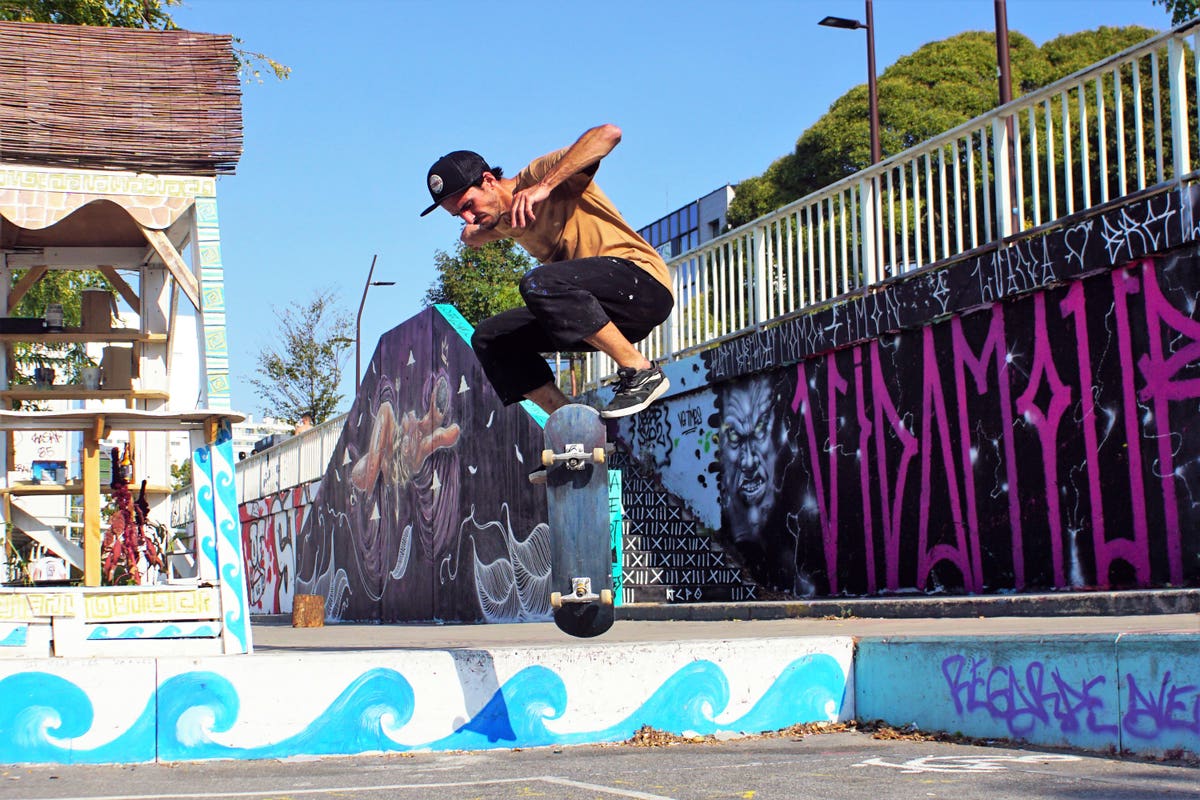