When the trailer for Borat Subsequent Moviefilm made its debut this month, viewers had one seemingly unanswerable question about the follow-up to Sacha Baron Cohen’s transformational 2006 comedy Borat: Cultural Learnings of America for Make Benefit Glorious Nation of Kazakhstan: Who plays Borat’s daughter in the film?

According to press materials, the character—Borat’s sidekick, whose presence allows Cohen to infiltrate events and interview unsuspecting marks despite his fame—is played by an actress named Irina Novak. But it didn’t take long for online sleuths to realize that this name was a red herring. There is an actress named “Irina Novak,” but she bears a scant physical resemblance to the woman playing Borat’s daughter. Before the trailer even made its premiere, a fringe site alleged instead that the character was played by an actress named Maria Bakalova.

It turns out that report was right on the money: Bakalova does indeed star as Borat’s 15-year-old daughter, Tutar (also known as Sandra Jessica Parker in the film). In the film, Borat attempts to offer her as a ceremonial gift to Vice President Mike Pence, part of a ploy to bring honor back to Kazakhstan. In the closing credits, Bakalova is given an “introducing” credit and is second-billed under Cohen.

So, who is Maria Bakalova? The actress, who is 24 years old (according to a birthdate listed on IMDb), was born in Bulgaria. Until now, she’s been virtually unknown to American audiences, though she’s appeared in a few Bulgarian films, including 2018’s Transgression and 2020’s Last Call.

But whatever Bakalova lacks in prior experience, she more than makes up for it with sheer force of will. From her first scene in Borat Subsequent Moviefilm, where Tutar is trapped in a barn in Borat’s village—watching a (fake) animated movie about Melania Trump and her ascension from living in a “shithole country” to the White House—Bakalova matches Cohen step for step. She’s an ideal comic compliment for the merry prankster, especially as the film’s outlandish set pieces lock into place. In one truly uncomfortable sequence, after she ingests a plastic baby decoration from atop a cupcake, Bakalova and Cohen push an anti-abortion pastor to the edge as they try in vain to get him to “take” the baby out.

And that cringe-worthy moment pales in comparison to what Bakalova does later. Toward the end of Borat Subsequent Moviefilm (read Vanity Fair’s review here), she’s tasked with interviewing Rudy Giuliani. Alone in a hotel suite with the former New York mayor, and dressed in an outfit befitting a Fox News anchor, Bakalova flirts with a more-than-willing Giuliani and gets him to say China “manufactured” the coronavirus.

After Cohen, dressed as a sound operator, interrupts their interview, Bakalova and Giuliani retire to the bedroom with drinks in hand. She helps him remove his mic through his shirt. Giuliani asks for her phone number and e-mail address before patting her lower back as she bends down before him. But Bakalova never wavers, and just as Giuliani lays back on the bed—stuffing his hands down his pants—Cohen barges into the room and stops the interaction before it goes any further. “She’s 15. She’s too old for you,” he tells Giuliani, who quickly tries to leave.

Wed Oct 21 , 2020
As gaming becomes an increasingly popular career option among Gen Zers and millennials alike, one nonprofit organization is rolling out a number of initiatives designed to help its students make a transition to esports. Based in Rochester, N.Y., the National Esports Association (NEA) offers several programs that provide “pathways to […] 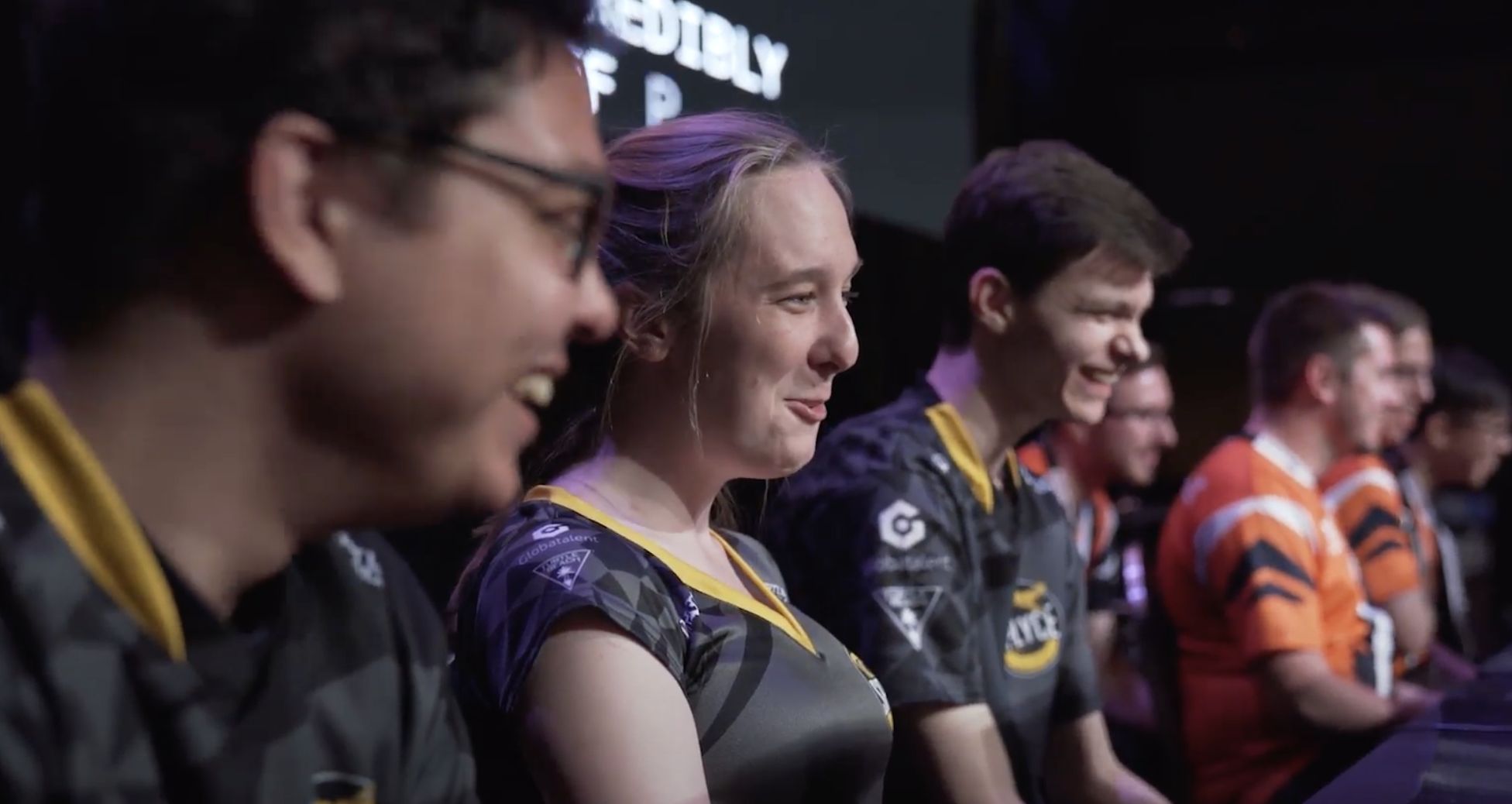