The temporary closure of physical stores due to Covid-19 significantly impacted the sales of retailers. Retailers who had strong e-commerce channels gained from the spike in online sales. With the gradual reopening of stores amid easing lockdown restrictions, retailers are now seeing a recovery in their physical store sales.

In these challenging times, consumers prefer retailers who can offer value deals. Five Below and At Home are two such companies.

After reporting a 38% drop in its first-quarter sales, At Home bounced back with a strong performance in the second quarter as the economy reopened. At Home stock has skyrocketed since its preliminary results for the fiscal 2021’s second quarter, which ended on July 25. All of the company’s 219 stores reopened as of June 19.

At Home stated that its sales increased faster than the industry and that its market share was considerably up in the quarter. Despite the disruption caused by COVID-19, total sales surged 9% in the first half of fiscal 2020.

Stay-at-home orders led to people spending more on home decoration, organizing their kitchens and creating a workspace. The pandemic-led demand drove higher traffic, increased average basket size and added new customers in the second quarter. Stimulus checks and the delay in the opening of stores by rival retailers also boosted the top line.

To address increased consumer demand, At Home expanded its buy online and pick up in-store facility at almost all its locations and also offered curbside pickup. Moreover, it partnered with logistics service provider PICKUP to offer contactless, next-day local delivery starting at $10.

The analyst stated, “We believe a higher multiple is warranted on higher confidence on sales/ EPS growth through the next 2-3yrs,” Nagle also highlighted that leverage will be much lower after the second quarter.

Five Below is a value retailer, which offers attractive merchandise mostly priced below $5 with a focus on teens and tweens. The company also sells some items up to $10.

The temporary closure of stores dragged down Five Below’s sales by 44.9% to $200.9 million in the first quarter of fiscal 2020, which ended on May 2. Fiscal first-quarter comparable sales fell 51.8% as the company shut down all its stores from March 20 and gradually reopened in late April.

As of June 9, the company reopened 90% of its 920 store network and the comparable sales at the reopened stores, including e-commerce, were up 8% quarter-to-date for the fiscal second quarter. Management was encouraged by the strong recovery but pointed out that stimulus dollars and pent-up demand also played a role in the improvement.

Five Below has started focusing on its e-commerce business, which was not significant before the pandemic. To enhance its digital capabilities, it acquired the e-commerce platform, fulfillment operation and certain other assets of Hollar.com earlier this year. Five Below’s e-commerce business grew over 4 times Y/Y in the fiscal first quarter.

However, the increase has moderated with the reopening of its physical stores. The company expects e-commerce penetration in the low-single-digit range in fiscal 2020.

The discount retailer delayed its capital projects amid the pandemic and now aims to build its Midwest distribution center in 2021 with plans to open it in 2022.

Five Below has also trimmed down its fiscal 2020 store expansion plans from 180 new stores to an estimated 100 to 120 net new stores. It continues to see the potential to operate over 2,500 stores in the long-term.

Meanwhile, the pandemic also caused the company to enhance its merchandise offerings in the essentials goods and consumables categories, including healthcare, personal care, kitchen and bath products. It also added new tech items amid the rise in the work-from-home trend.

While the exposure to the home category is favorable amid the pandemic, At Home’s performance might moderate compared to the fiscal second quarter as competitors’ stores have reopened now. Also, the fear is that some of the tailwinds in Q2, like stimulus checks and pent-up demand, may prove to be temporary.

Thu Aug 20 , 2020
Since last week, Facebook India‘s director of policy, Ankhi Das, has been under the spotlight for her role in taking moderation decisions that favored the ruling Bhartiya Janta Party (BJP). A report by the Wall Street Journal (WSJ) published last Friday suggested that on multiple instances, Das overruled the moderation […] 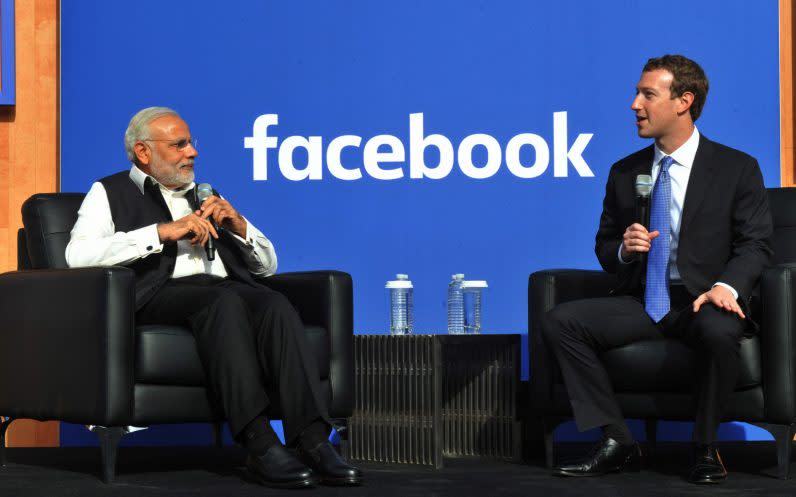