News of Alabama Coach Nick Saban’s positive COVID-19 test result on Wednesday put scrutiny on the most visible aspect of his personal routine to avoid the virus – his mask.

According to Andrews Sports Medicine, Saban wears a SHEMA97 Functional Active Mask, which goes for less than $15 online.

According to the company, the mask uses nano fabric technology and a micro dustproof fabric with a 97.1% fine dust filter rate, filtering particles down to 1 micron. It has three layers that are sewn together into one.

Alabama is one of several SEC teams, including Auburn, which uses the mask, which was designed in part by Dana Marquez, associate athletics director of equipment operations at Auburn University. Marquez helped design the mask along with the North American Group, based in Atlanta. The mask is manufactured by SHEMA, a South Korean company that has been making masks for years.

Marquez said he began work on the mask design in March, when it became apparent that COVID-19 would have a profound effect on athletic teams. The challenge was to make a lightweight mask that could be worn during training, workouts and day-to-day activities. The material is light enough to allow light to pass through it, but uses nano fabric to keep out particles and can be washed up to 80 times, he said. It can also be used for people who have seasonal allergies or are trying to keep out dust particles.

“This is for helping people who have to wear a mask, like I do, all-day, everyday,” he said. “The science behind it is pretty amazing…The idea was to find a mask that our players and student athletes are comfortable wearing.”

Marquez said wearing a mask – any mask – is not a guarantee against catching coronavirus, but is one aspect of stopping the spread, along with social distancing and handwashing.

On Wednesday, Saban watched practice from home, shared feedback during the session through a team manager — including if he felt like a play needed to be repeated — and then spoke to his players again through Zoom once practice was over.

The diagnosis seemed to take Saban, soon to be 69, by surprise.

“I personally think I did a really good job of trying to manage my personal space,” Saban said during a Wednesday press conference after the test result. “And that would be what I’ve informed our players to try to do because you have to respect this disease and the spread of this disease.”

In late September, Saban said he was still searching for the kind of mask that would allow him to communicate effectively on the sidelines.

“I may do a little bit of research in the next couple of days and see if there is something better to do,” the coach said during a Sept. 23 news conference. “Especially when you’re talking to somebody from a distance, it’s kind of natural to pull it down so you cannot yell at them, but yell to them about whatever it is the point you’re trying to make. I think it will be a challenge but I do think it is important for everyone to respect what we’re trying to do so we can play safely.”

Prior to that, he had employed what he called a “bank robber” type of mask, which was posing some problems.

“There’s no difference for me except this thing around my neck that I wear that, when I put up here, I can’t seem to get the same emphasis that I’d like sometimes. I mean, I look like Jesse James robbing a bank. And I can’t get on people like I like to [do]. It muffles the sound a little bit. So when we need to get someone’s attention, we have to come out of bank-robber mode.”

Saban has been vocal on the subject of wearing masks to prevent the spread of COVID-19, including recording a public service announcement earlier this year.

Fri Oct 16 , 2020
WHEN MARGE Patrizia gifted her mom a digital photo frame back in 2006, she had no desire to grab a second one for herself. While the clunky device worked fine as a memory aid, uploading photos for her mom required Ms. Patrizia to transfer the photo files from her camera […] 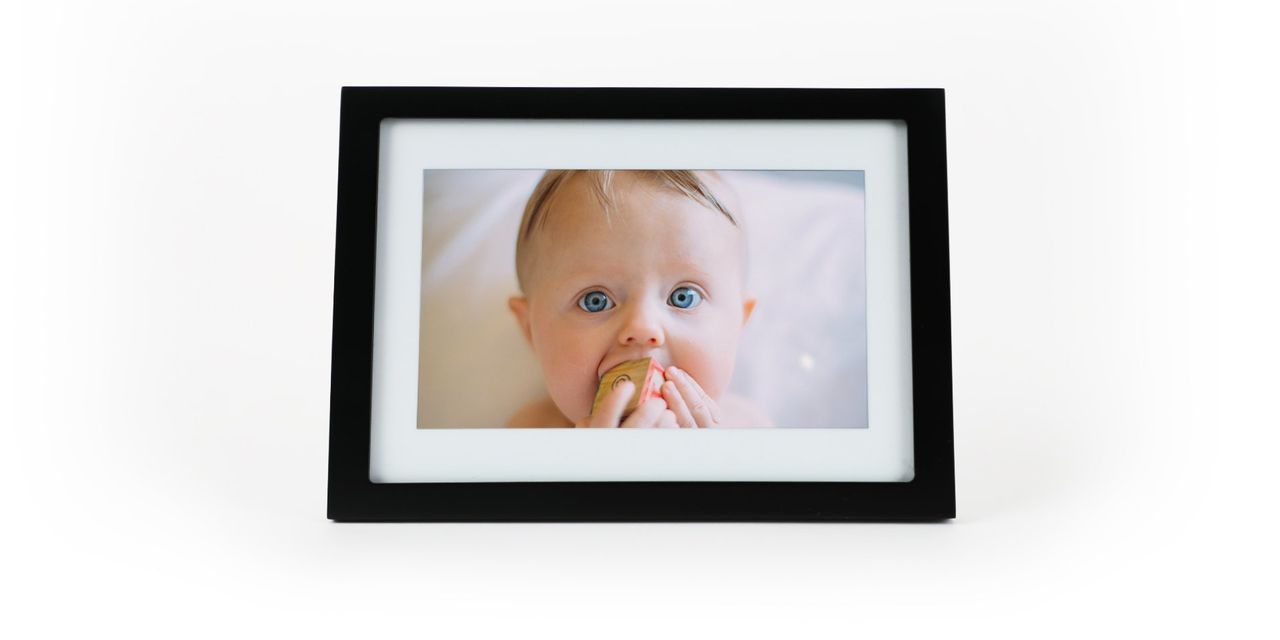