In a new home build or a renovation, the bathroom is a major component, and a bathtub is a big piece of that puzzle. Soaking tubs, tubs with jets, freestanding tubs, shower-tub combos and many more options make bathroom personalization easy, but they make shopping decisions hard.

What Is an Alcove Bathtub?

If you don’t have an alcove bathtub, you’ve probably seen one elsewhere. An alcove bathtub “is any tub enclosed on three sides by walls,” says Eric Phillips, a plumber and the founder of Dripfina. It’s the most common bathtub installation, according to The Home Depot.

You’ll see them in all kinds of properties: houses, apartments, hotels and more. They’re also called recessed bathtubs. Other tubs fit into corners, enclosed on only two sides.

Though enclosed on three sides, alcove bathtubs offer a lot of variety.

Some styles are more square than rectangular, creating a hot tub-like experience. And not every size will fit in every bathroom. “Unless you’re redesigning your bathroom from scratch, you’ll have to pay careful attention to the measurements of the space you’ve allocated for your tub,” Phillips says.

Alcove bathtubs are more limited in shape and decoration than freestanding tubs. “(They) need to be squared off to fit in the bathroom nooks they’re built for,” Phillips says. Ornate, curved edges and clawed feet aren’t typical of alcove tubs.

The styles available to you will depend on the space where you’ll install the tub. “Short but broader alcoves can accommodate square-style tubs which often come with jacuzzi functions,” says Phillips. A larger space might even have room for a round alcove bathtub. This Kohler bathtub, at 60-in. x 42-in., is much larger than the standard.

Here’s where you’re in luck. Since they’re the most common, alcove bathtubs are easy to find in store and online — and they’re easy on the wallet too. “Alcove tubs are generally cheaper than freestanding tubs and are priced similarly to corner tubs — they’re a great budget option,” Phillips says.

You can find plain alcove bathtubs for around $200 and usually not higher than $500. Special features like jets or extra space will cost more, with luxury alcove tub prices rising to the thousands.

Like most household projects, you can DIY this with the right experience and tools. “Otherwise, it’s much cheaper and simpler to hire a professional,” says Carpenter. Phillips has been called to fix a bad DIY bathtub installation countless times. Ask about professional installation before you purchase a bathtub; many stores offer it for a fee.

You Can Be Paid to Shop There

Not Everything Is the Best Deal

Reward Points: Use Them or Lose Them!

You Say It’s Your Birthday?

Online is Not Their Thing 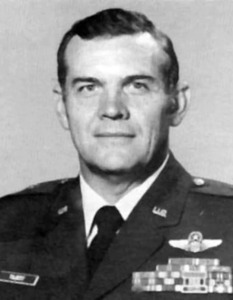