The holidays might be just a little dimmer this year. On top of the ornaments and wreaths and presents caught up in America’s continuing supply chain mayhem, Christmas lights are in short supply this year. Shipping woes have been plaguing almost all holiday decorations, though a few additional kinks have […]

The holidays might be just a little dimmer this year. On top of the ornaments and wreaths and presents caught up in America’s continuing supply chain mayhem, Christmas lights are in short supply this year. Shipping woes have been plaguing almost all holiday decorations, though a few additional kinks have made the market for Christmas lights even more troubled.

The current global logistics hell that my colleague Jordan Weissmann termed the “Great Supply Chain Snarl of 2021” is sure to make holiday shopping quite a bit trickier. Americans are ordering an unprecedented amount of physical goods, partly due to stimulus checks and extended unemployment insurance, which is overwhelming transportation networks for imports. The country’s shipping ports are clogged, an unprecedented number of boats are stuck in queues, and dockworkers and truck drivers are being pushed to their max. The main issue appears to be shipping from Asia, from which the U.S. imports mountains of products, and where outbreaks have forced a number of major ports and factories to close down.

Which brings us to Christmas lights. According to John DeCosmo, president of the Ulta-Lit Tree Company in Illinois, America began getting the bulk of its Christmas lights from Asian countries in the 1980s. (Before that, other countries including Italy had been major suppliers.) Due to the reports of supply chain havoc this year, Ulta-Lit decided to put in its orders extra early, and received its last major container of goods on Aug. 14. But DeCosmo says he’s still waiting on three containers, two of which will be essential to the company’s e-commerce operations. “We have it on good and reliable information that the factories did their jobs to make the goods in as timely a fashion as they could,” he says. “Christmas tree makers and Christmas light makers all left goods in Asia because they simply cannot book containers in a timely fashion.” DeCosmo notes that if lights don’t make it to the shelves by Dec. 15, they’ll likely be sold at a discount as seasonal leftovers, since fewer people buy decorations that late into the season; at that point they’re buying last-minute gifts.

These shipping delays have made certain calculations more difficult for Christmas light retailers. In pre-pandemic times, retailers would often order 70 to 80 percent of the lights that they projected needing for the holiday season in autumn. Based on the strength of the initial sales figures, those retailers would then order the rest of their inventory in the winter after adjusting their projections. Those sales numbers also inform what retailers plan to buy for the next holiday season. Shipping delays have shredded this playbook. “The Catch-22 is if you’re a buyer and your stuff’s coming in later—say just prior to Thanksgiving weekend—how do they get the right gauge for buying next year until they see their sales?” said Matthew Jesue, vice president of the LEDup Manufacturing Group, which specializes in decorations that feature LED lights.

Supply chain bottlenecks are also increasing shipping costs, quadrupling them in some cases, which is forcing retailers to rethink the pricing for Christmas lights. According to Jesue, increasing the price of a string of lights isn’t usually that big of a deal, since they’re fairly inexpensive and compact. Say, for instance, that the unit cost of shipping for a set of lights rises from 25 cents to a dollar. While those lights might have costed $11.99 pre-pandemic, this year they’ll be 75 cents or $1 more, which isn’t likely to cause sticker shock for most consumers. The calculus becomes more fraught when it comes to lights that are attached to larger and more expensive items, like artificial trees or those waving inflatable Santas people put in their front yards—what Jesue calls “big cube items.” Shipping an artificial Christmas tree with lights might have previously cost $25, but could now cost $100. That means the final selling price could go up from, say, $299 to nearly $400. Since many of these products tend to be reusable, a consumer might just decide to get one more year of use out of their old decorations as opposed to buying something new with an inflated price. Thus, retailers are looking for ways to reduce the selling price for this season. “What do I do? Do I take some product out of that?” says Jesue. “Do I take this Christmas tree that used to have 2,000 lights and put 1,000 lights on it? Not reduce the quality, but do I dummy it down a little bit just to bring the retail down?”

Beyond the shipping problems that are affecting most every Christmas decoration, there are also certain shortages of raw materials and components that have been affecting the holiday lighting market now, and most likely in the years to come. “An interesting [shortage] I’m already starting to see for 2022, we’ve already gotten a notification from most of our partners around the world that expect a price increase due to raw materials rising … the plastics, the copper,” says Nathan Gordon, president of the online retailer Christmas Central in New York. The rising price of oil is making it more expensive to produce plastics, and the current energy crunch is straining supplies of copper. There’s also a global run on semiconductor chips, which has been affecting everything from cars to video game stations. While Christmas lights don’t need particularly advanced chips, they still do rely on the components to twinkle and change colors.

Given these logistical hiccups, it’s both a gift and a burden to retailers that demand for Christmas lights has been exploding during the pandemic. “It’s through the roof. When we faced 2020, we couldn’t believe that we had almost 100 percent growth year over year,” Gordon says. “When we did forecasting for 2021, we thought at best we could do 2020 numbers. Right now, we’re seeing 40, 50, 60 percent growth over 2020.” People have generally spent more money on home improvement products during the pandemic because they were mostly confined to their houses, and holiday decorations have benefited from the trend. In fact, DeCosmo says that the industry even saw an increased use of their products in the offseason. “It is clear now that Christmas lights make people feel good,” he says. “Last March and April, we saw CNN and USA Today and others speaking with people who went up in the attic and down in the basement to bring out their Christmas lights at the very beginning of the pandemic just to feel safe, just to feel better. That was our best indication that light sets were probably going to have a good year.”

If you want new lights this year, it’s probably a good idea to try to buy them early. Jesue says, however, that items could still show up on shelves sporadically through the fall due to shipping snafus. “As we get into mid-November, there might be even more Christmas goods on the shelves,” he says. “Unlike in the past, where most of the retailers have their stuff in and normally be 100 percent up going even into that first weekend in November, there’s going to be a lot of small and midrange retailers that just have some empty space waiting for goods to come in.” If you can’t find your holiday decor just yet, hold out for a Christmas miracle.

Thu Oct 21 , 2021
Advertiser Disclosure: At Slickdeals, we work hard to find the best deals. Some products in our articles are from partners who may provide us with compensation, but this doesn’t change our opinions. Squid Game may have just dropped on Netflix a little over a month ago, but it’s already pretty […] 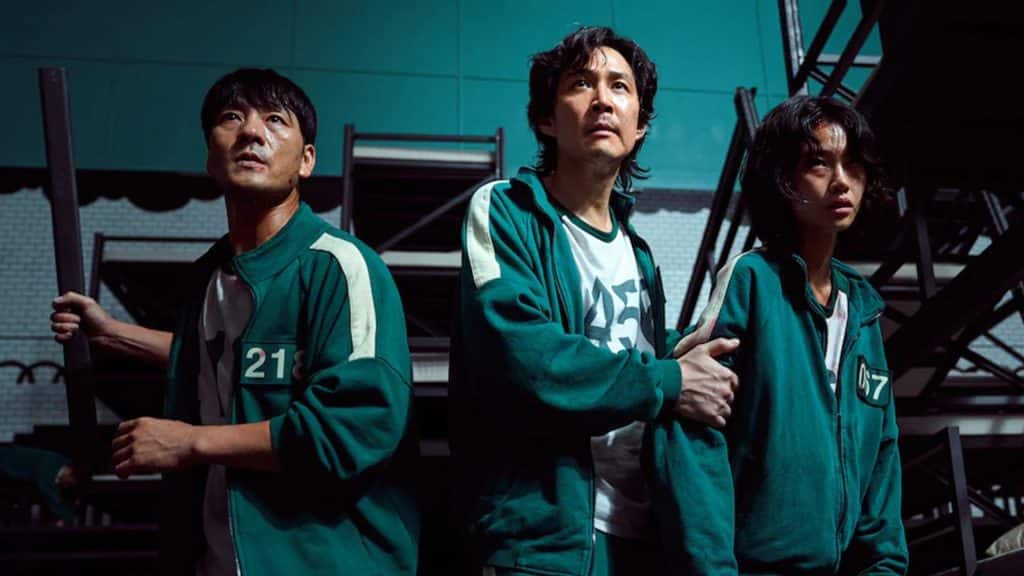