Greeting: a student and teacher at Newham Collegiate Sixth Form: AFP via Getty Images Never before has there been such anticipation about the start of a new school year. Since schools closed down abruptly in March, teachers have hastily rearranged lessons and spent months running virtual classes, all with the […]

Never before has there been such anticipation about the start of a new school year. Since schools closed down abruptly in March, teachers have hastily rearranged lessons and spent months running virtual classes, all with the fear of letting down vulnerable children in the background.

They were then hit with an exams fiasco on an unprecedented scale and left to pick up the pieces with heartbroken pupils while navigating a series of U-turns and grade recalculations. But they are almost back in business. Next week they will return to school, welcoming students for the start of the new term.

“I honestly don’t think there will be a teacher in London who isn’t looking forward to getting back to working with his or her pupils. It’s what we know and love and it’s been such a long time since we saw them all. We have really missed them,” said Emma Pattison, head of Croydon High School.

Despite their optimism, headteachers have not been helped by constantly changing guidelines and the exams chaos that blew planning off course. Some say they have had more support from other headteachers than the Department for Education.

Although they are raring to go, teachers know life will look different when they open the doors to all children in September. Among the children excited to see their friends will be youngsters who have had tough lockdowns and need careful help. And the physical changes headteachers have made to Covid-proof their schools means it will be the start of term like no other.

All schools must keep pupils in bubbles made up of classes or year groups to try to mitigate the damage if there is an outbreak. If one child comes down with the virus the whole bubble could be sent home. It means whole-school assemblies have been scrapped and schools with house systems have reshuffled the groups to keep them within year groups. Sports clubs and after-school activities will also be kept to children of the same age to ensure the bubbles do not mix.

South Hampstead High has ditched its normal coach to the sports ground and pupils will walk instead, to avoid mixing the bubbles. Visitors will be restricted, there will be hand sanitiser everywhere, and library books and other equipment will be regularly wiped down. But things will look different at individual schools depending on the capacity they have to implement government guidelines.

Some will have staggered starts and are able to put in different entrance and exits for different bubbles and re­­arrange desks to face forwards.

We are bracing ourselves for a raft of guidance this week. We all just roll our eyes and crack on with it

At Sutton High School music is such an important part of school life that headteacher Beth Dawson has ordered a marquee to allow it to continue. She said: “Singing is advised to happen outdoors, so we will use it for music lessons and choir rehearsals in small groups.”

Manorfield primary school in Tower Hamlets has also erected a large tent in its playground to create extra classroom space and a bigger area for lunch.

At Kensington Aldridge Academy, the school next to Grenfell Tower, pupils in years seven and eight will move back into the temporary school that was built after the fire.

Some schools are considering re­ordering their curriculum in case of another lockdown so they teach topics that are harder to do online now and easier topics saved for if virtual learning comes in again. Dan Moynihan, CEO of the Harris Federation of schools, said 300 sinks have been installed in the playgrounds of its 49 London schools.

A raft of other changes have been made, including disabling all hand dryers in the toilets and rescheduling art, design and tech­nology and music lessons so pupils from different bubbles do not share equipment. Science lessons will tackle Covid ­conspiracy theories that have been picked up by pupils during lockdown. Sir Dan said: “Among youngsters, who are voracious consumers of social media, conspiracy theories and links to 5G are more prevalent than you would think.”

But Alun Ebenezer, head of Fulham Boys School, is determined that it will be business as usual in September. He said: “Boys will have to stay in their year group bubbles. That’s really the main change we are making, along with things like extra hand sanitiser and boys wiping down equipment and library books. If we staggered our start times the boys would just hang around outside school until it was time for them to come in. For us we are definitely taking it as business as normal as far as possible. The kindest thing you can do is get back to normal for the students.

Schools are well under way with their reopening plans — but with no thanks to the Government. Schools that are part of academy chains or private school groups have relied on help from them rather than the Department for Education.

Vicky Bingham, head of South Hampstead High School, said: “To be honest, my fellow heads have been an awful lot more help than the Department for Education. We are all bracing ourselves for a raft of guidance this week. We all just roll our eyes and then quietly crack on with implementing it. We’ve got used to Friday evening updates from the Department for Education. It’s a bit of a running joke on Twitter at 10pm on a Friday night — where’s the DfE guidance? Then over the weekend, we all pick over the contradictions and try to make sense of them.”

Sir Dan Moynihan, CEO of the Harris Federation, called for clarity from the Department for Education on whether it will pay for the extra costs of ­Covid-proofing schools in the new academic year.

Scott Baker, head of the London ­Academy of Excellence, said the ­Government’s dramatic U-turn on A-level and GCSE grading increased stress at an already difficult time. He added: “It has also distracted headteachers and school leaders from their focus on ensuring that schools are safe and ready to open to all students in September.”

Many schools remained open throughout lockdown for vulnerable children and the children of key workers. But there was no way of forcing vulnerable children to turn up, and some have fallen off the radar despite phone calls and home visits from teachers. There are fears that countless children will not have picked up a pen or book in months.

Graeme Smith, head of Harris Academy St John’s Wood, has appointed a full-time counsellor to deal with the fallout from the lockdown, and all staff have been trained in helping children who have been through trauma.

Sutton High School has bought a “well-being dog”, Buddy the Golden Doodle. Students will be able to take him for a walk at lunchtime with an adult who can listen to them talk about their worries.

Emma Pattison of Croydon High said: “We have already prepared to increase the counselling service available and will also be training staff in looking out for pupils presenting with issues such as lower mood, depression, heightened anxiety post-lockdown and ensuring we know how to support pupils who will need it.”

Worryingly the educational divide between private and state schools can be seen in their catch-up plans. Private schools were able to keep running live lessons throughout lockdown using technology such as GoogleMeet, so extra lessons in the new school year are not necessary. But in state schools it’s a different story. Many students struggled without access to laptops, and for those without a quiet space to work or chaotic home lives keeping up with schoolwork was an impossibility.

The Government announced a £1 billion “catch-up plan” fund for state schools, but Robert Halfon, chairman of the Commons education committee, said: “Alone, it will not reverse the impact of years of stagnating progress towards eliminating the disadvantage gap, on top of six months of school ­closures.”

Fulham Boys School will hold lessons on Saturdays and stay open until 5pm for students who need to catch up. All year 12 boys were offered the opportunity to repeat the year and one third of them have accepted.

Students at Harris Federation Schools will be tested when they return so that catch-up classes can be developed.

Despite the huge challenges, headteachers know that reopening next month is imperative for students. James Handscombe, head of Westminster Harris Sixth Form, said: “The most important thing we can do to make up for what they missed is to open our doors again in September and be ready to make them work hard and learn lots.”

Is That Product Really Sustainable? Need-to-Know Tips for Becoming a Savvy, Sustainable Shopper

Thu Aug 27 , 2020
Getty Images Emphasis on buying and making sustainable products has grown so much in recent years that the label itself is often questioned for its honesty. Even if someone wanted to become a more environmentally conscious shopper—it’s hard to know where to begin. How do you identify a sustainable product […] 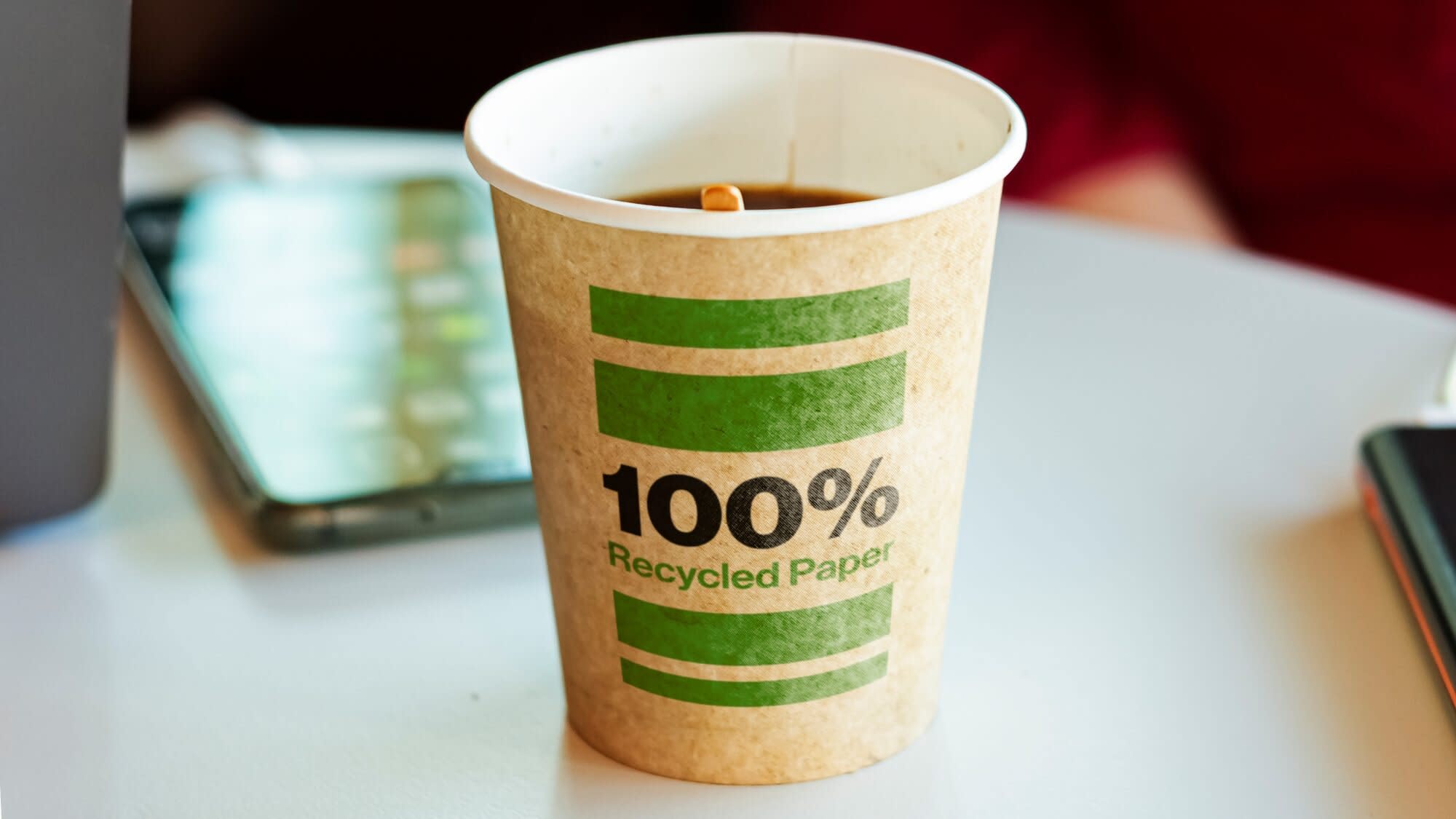