LOS ANGELES (AP) — An awkward youth is coaxed into a carnival’s house of mirrors for what looks to be an innocent flirtation, but the “Watchmen” scene quickly turns emotionally grueling and, ultimately, destructive. How that was achieved highlights the collaborative effort needed to make TV a cinematic experience that […]

LOS ANGELES (AP) — An awkward youth is coaxed into a carnival’s house of mirrors for what looks to be an innocent flirtation, but the “Watchmen” scene quickly turns emotionally grueling and, ultimately, destructive.

How that was achieved highlights the collaborative effort needed to make TV a cinematic experience that rivals the big-screen — a comparison that director Steph Green is in a position to make.

An Emmy nominee for the “Little Fear of Lightning” episode from HBO’s acclaimed limited series, Green’s movie credits include the 2009 Oscar-nominated short film “New Boy” and 2013’s “Run & Jump,” with Will Forte.

But the scale of the graphic novel-based “Watchmen,” she said, exceeded the film and TV projects she’s worked on, including episodes of “The Americans,” “The Deuce” and “The L Word: Generation Q.” While TV typically sticks to a time- and cost-conscious schedule, HBO allowed the leeway needed to devise the intricate fun house mirrors for the drama’s fifth episode.

“A lot of what we see on TV can be so hurried, and the choice might have been made, ‘Let’s just use VFX (visual special effects) and fake reflections,’” Green said.

Instead, cinematographer Xavier Grobet, also Emmy-nominated for the episode, was able to pursue his vision of a real mirror maze. Grobet, Green and production designer Kristian Milsted first created a miniature model that allowed them to decide “where the camera would live,” as Green put it.

The solution the team hit on was to build a modestly sized maze of one-way looking glass that would give actors Philip Labes and Julia Vasy “a completely immersive experience and only see mirrors around them and not see us,” Green said.

Moving the camera from behind one set of mirrors to another allowed for different reflective shots — and a remarkably innovative take on the movie trope of a fun house that harbors mind-bending peril.

“It was really ingenuity,” Green said.

So is “Watchmen” as a whole, earning a leading 26 nominations for the ABC’s Sept. 20 prime-time Emmy ceremony, including best limited series, acting nods for Regina King and Jeremy Irons and two other directing nominations besides Green’s, for Nicole Kassell and Stephen Williams.

Four of the limited series category’s six directing nods went to women, including Maria Schrader for “Unorthodox” and, posthumously, to Lynn Shelton for “Little Fires Everywhere.”

The gender split contrasts with that of other Emmy directing categories. Out of seven comedy series nods, two went to women; among drama series nominees this year, three of eight are women; in the variety series category, it’s five men to two women.

Might Green speculate on why she and her sister directors fared so well in limited series, now a marquee genre?

“I don’t know if there’s a reason other than we’re getting more involved in some of the most exciting work, and limited series are so often where that really bold work is happening,” she said. “It’s just wonderful to have so many women (directors) in general and in the category, really fantastic.”

A San Francisco native, Green moved to Dublin to pursue a master’s in film, which led to several productive years working there. She felt at home in Ireland but realized it couldn’t provide the opportunities available in the increasingly robust U.S. TV industry.

“And I love television, and what was happening here was exciting because it was this sort of golden age,” she said. Her film work abroad proved a calling card that opened doors and gave her the chance to prove herself when she returned to California six years ago.

Among her boosters: director Dan Attias, writer-producer Joseph Weisberg and FX. Green said the channel actively sought women directors and provided her “first shot” at a high-profile project, hiring her to direct an episode of Weisberg’s “The Americans.”

She quickly became an in-demand director, with “Watchmen” showrunner and executive producer Damon Lindelof among her admirers.

“Steph was the perfect fit for ‘Watchmen,’” Lindelof said, calling her “extremely talented, and more importantly, fearless. Episode five feels like it lives within the series, but its unique and wonderful glow is all attributable to Steph.”

Green, who is now in a position to hire for projects, says it remains difficult for women and people of color to get entry-level jobs and into the industry’s employment “pipeline.”

It’s a loss not only for them, she said. Early in her career, she recalled watching women direct and how differently they worked compared to men.

Sets feel “more collaborative and more nurturing, and the actors are so taken care of,” Green said. “I remember thinking just how clear it is, how well women can do this job.”

Fri Aug 28 , 2020
Photo credit: Staff From Bicycling It’s official. Electric bikes are here to stay, and their popularity is through the roof. Liberated from some of the normal constraints of standard bike design like weight and gearing, e-bike design has exploded; if you can imagine it, someone has built it. From cargo […] 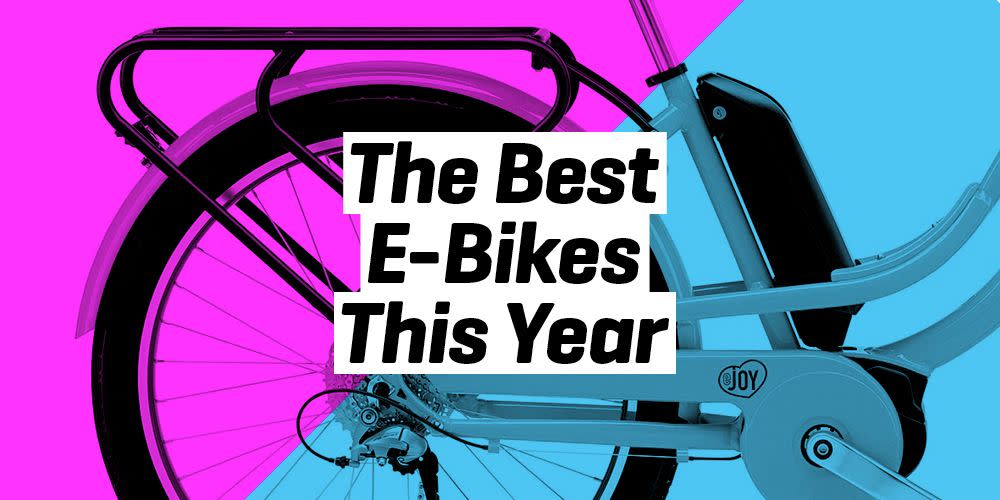