A few years ago, Panerai CEO Jean-Marc Pontroué and the brand’s extreme-explorer ambassador Mike Horn had a discussion about global pollution that set the watch brand on its mission to build a watch made with 100% recycled materials.  Horn pointed out that he was seeing pollution in the most remote […]

A few years ago, Panerai CEO
Jean-Marc Pontroué
and the brand’s extreme-explorer ambassador
Mike Horn
had a discussion about global pollution that set the watch brand on its mission to build a watch made with 100% recycled materials.

Horn pointed out that he was seeing pollution in the most remote spots on the planet and urged Panerai to do something about it. “We believe it is also part of our mission to take the lead in what is becoming one of the most important subjects in the world,” Pontroué says.

In 2019, Panerai introduced two Mike Horn Edition Submersibles with cases made from recycled EcoTitanium and straps made from PET derived from recycled plastic bottles. One was an Experience Watch—an ultra-limited edition that offered the opportunity to join Horn on a glacier trek in Svalbard, Norway. Even the packaging was produced from 100% recycled materials.

That same year, Panerai also kicked off the brand’s partnership with the
Luna Rossa Prada Pirelli
Team, official challenger for the 36th America’s Cup in New Zealand in March with four watches featuring dials made from the yacht’s recycled sailcloth.

Last year the brand released the Mike Horn Submersible EcoPangaea Tourbillon with a case made from metal taken from the shaft of Horn’s amphibious boat, Pangaea. The Luminor GMT-42mm had a dial made from recycled carbon fiber used for the hulls of the racing yachts.

And this year, Panerai expanded the use of PET recycled straps to the new Luminor Marina 44mm−
Guillaume
Néry Edition, dubbed Shades of the Sea (US$18,900). The ultralight and robust case is manufactured with Direct Metal Laser Sintering (DMLS) titanium using a 3-D printing technology that builds up layer after layer of metal powder fused together by lasers. A rubberized coating is applied to the bezel, crown, and bridge lever, and an accentuated convex glass combined with a dégradé effect on the dial evokes rays of sunlight filtering through the sea.

“We have worked with Guillaume, a world champion of freediving who is also very much exposed to pollution, on this program,” Pontroué says.

Breitling introduced its first strap made from recycled material with 2018’s Superocean Heritage II Chronograph 44 Outerknown. The watch’s NATO strap was made from ECONYL yarn, a material produced from recycled nylon waste, in partnership with the apparel company Outerknown, which was co-founded by Breitling Surf Squad ambassador
Kelly Slater.
The brand followed up with a full collection of the straps in different colors and sizes that pair with any Breitling model.

Last fall, Breitling launched the Superocean Heritage ’57 Outerknown (US$4,380 in steel and US$5,225 in steel with an 18-karat red gold bezel). The retro design pairs a bronze-colored dial and matching ECONYL strap to evoke the laid-back surf scene of California and Hawaii in the 1950s and ’60s. It comes packaged in the brand’s new box, made from 100% upcycled PET bottles. The box is recyclable as well as recycled.

In its efforts to develop solutions to the ocean plastic crisis, Ulysse Nardin embraced the concept of the marine circular economy and established a dedicated research unit that studies materials from the sea, particularly the characteristics of oyster shells, algae, marine PET (plastic bottles), and polyamide fishing nets. “The marine circular economy is a concept that you collect things from the water and reuse what you find in the water to produce objects that are used in the water,” explains François-Xavier Hotier, Ulysse Nardin president Americas.

Ulysse Nardin marked its first milestone with last fall’s launch of the R-Strap, enlisting the help of brand ambassador
Ben Lecomte,
the French long-distance swimmer who was the first to swim across the Pacific Trash Vortex, a vast area of swirling ocean currents where trash accumulates, in 2019. He and his Vortex Swim Crew completed the 300-nautical mile swim to sound the alarm about the more than 300 million tons of plastic produced every year. An estimated eight-to-10 million tons of plastic are dumped into the ocean annually.

The R-Strap is made from polyamide yarn recycled from discarded fishing nets, one of the main sources of ocean plastic pollution.

Soon after, Ulysse Nardin followed up with the Diver Net, an innovative concept watch with every trim element designed to be as environmentally friendly as possible. For the case, middle, back, and bezel decoration, the brand partnered with the French company Fil & Fab, which recovers nets no longer in use and transforms them into polyamide pellets, a raw material that is highly resistant to friction.

“This raw material is superstrong and very resistant to friction and scratching, so it’s a material you can use to make a watch and to maintain the quality and reliability of a watch, which is amazing,” Hotier says.

The quest to expand sustainability has also filtered down to more affordable brands, such as Alpina, which launched five models in the new Seastrong Diver
Gyre
Automatic collection (US$1,595 for the 44mm and US$1,495 for the 36mm) last summer. Each case consists of 70% recycled ocean plastic from discarded fishing nets collected in the Indian Ocean and 30% fiberglass, which adds strength and durability.

The two-tone NATO-style straps are made from recycled plastic bottles, and the black vegetal leather straps that come with every men’s model are made from recycled apple waste. The collection is produced in partnership with start-up Gyre Watch, which sources the recycled material, and Surfrider Foundation Europe, a nongovernmental organization working to preserve oceans.

Recycled materials have also become fashionable with the designer set.
Tom Ford’s
quartz-powered 002 Ocean Plastic Watch (US$995), for example, features a case and strap made from 100% recycled plastic ocean waste.

It appears that Panerai will be the first to complete the world’s first 100% recycled watch, powered by an unprecedented recycled movement, due out in April. “The piece with
Guillaume Néry
was just part of our warm-up exercises, like the ones you do before a race,” Pontroué says. “You have to keep the environment in mind with each and every action that you take.”

At last! IKEA opens its first physical store in Mexico on April 8, but you must make an appointment to enter

Wed Mar 24 , 2021
Furniture, accessories, utensils and even Swedish food are waiting for you at the first IKEA store in Mexico City, know the protocol to go shopping. Grow Your Business, Not Your Inbox Stay informed and join our daily newsletter now! March 23, 2021 3 min read This article was translated from […] 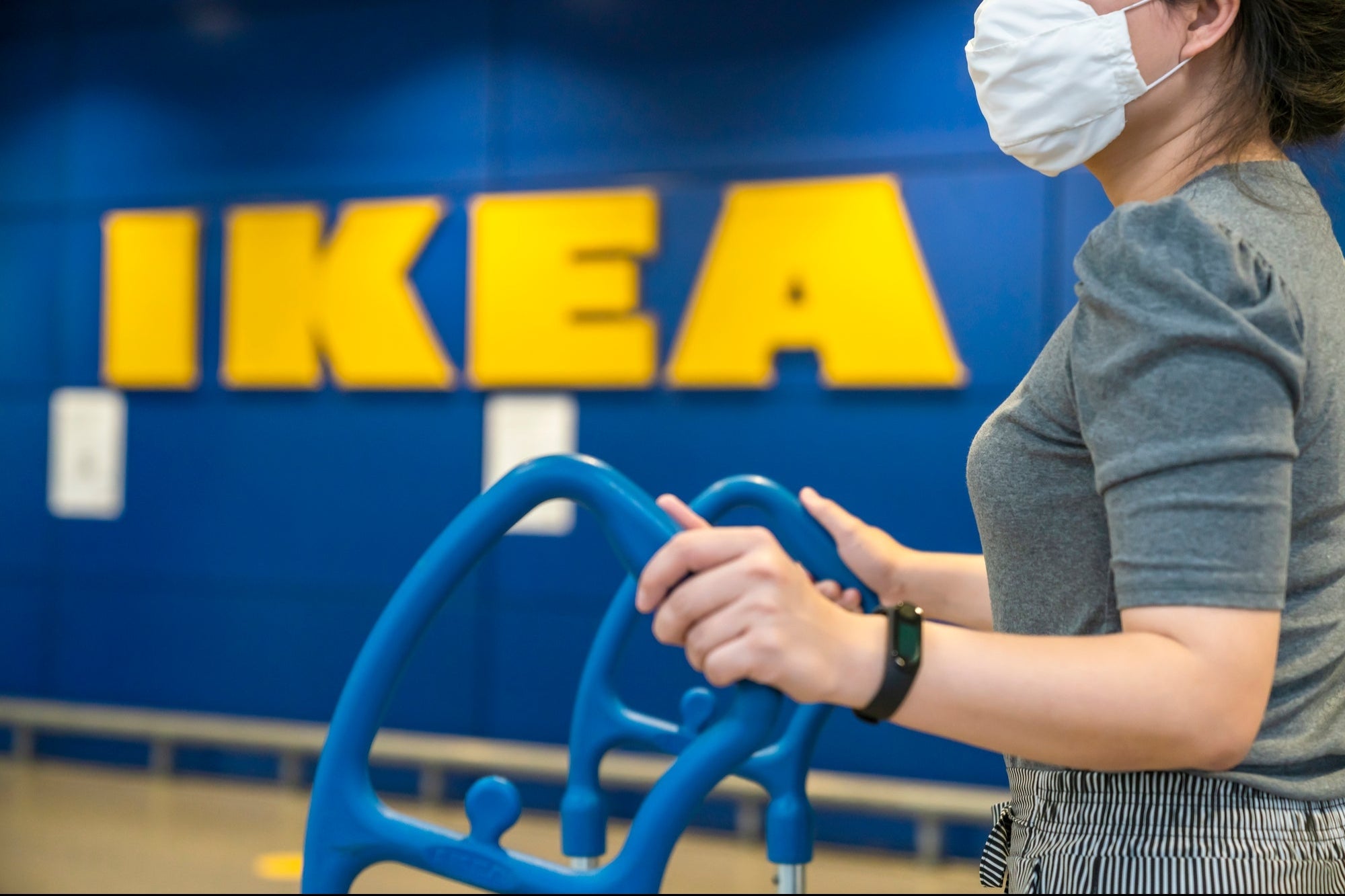