Good day Helaine and Joe: I have two pieces I would like information about — approximate age, origin and estimated value. One is a rocking chair; the other is a small cabinet. Many thanks, D. G. Dear D. G.: Sorry, Charles Dickens, this is a tale of two pieces of […]

I have two pieces I would like information about — approximate age, origin and estimated value. One is a rocking chair; the other is a small cabinet.

Sorry, Charles Dickens, this is a tale of two pieces of furniture, not of two cities.

The first piece is a French-style cabinet with a brass gallery and two doors. One door has a scene of a sedate yet slightly coy-looking woman standing under a tree. The facing door has a lad in a Renaissance era hat playing a flute while dancing or strutting.

The quality of the painting is decorative and not meant to be the work of a master artist. Both pictures have brass surrounds, and painted flowers are around the brass “frames.” The cabinet has cabriole legs with brass caps and is in the Louis XV style. It is supposed to resemble a piece made in France in the 18th century, but it was not made at that time.

It is a type of furniture often called “Vernis Martin” after a type of lacquer or japanned surface used by the Martin brothers, who were named Vernisseurs du Roi (or Varnishers to the King) by Louis XV. The Martin brothers — Guillaume, Etienne-Simon, Robert and Julien — were essentially trying to imitate Chinese lacquer with European-themed subjects.

Their wares — and those who imitated them — ranged from snuff boxes to carriages, and their decoration style persists to this day. Despite all the damage to the veneer we see around the bottom of the doors and the apron that might suggest great age, this piece is probably first quarter of the 20th century — circa 1920 — and was made as a reproduction for decorative purposes. Where it was made is the question.

The examples that were actually made in France at this time are generally marked “Made in France,” so this very well may be an American creation made in Michigan, Illinois or some other furniture-making locale. It is antique or nearly antique, but it is viewed as an elegant piece of decor by stuffy old purists like us. Vernis Martin furniture tends to bring good money when sold and this cabinet, even with its condition problems, should be valued in the $1,200 to $1,600 range.

This brings us to the rocking chair, which we believe started out life as an armchair and had the rockers added later. We cannot be sure because we do not have a good side view, but in the photograph we have, the legs look shortened. This is not uncommon. In our view, this is an elegant chair with added rockers. And we feel this is a little like putting roller skates on your 100-year-old great-grandmother.

We like this piece, despite our opinion about the rockers, and feel it started out life as an English Edwardian armchair circa 1900. There was probably a matching piece at one time. As with the cabinet, the painted design is decorative rather than artistic. But it is charming and should be valued in the $450 to $600 range.

Fri Oct 22 , 2021
Country trio Pistol Annies have released their first-ever Christmas album, Hell of a Holiday. Out Friday (Oct. 22), the 13-song collection features three covers and ten originals, including the ebullient title track. “​​It’s gonna be a hell of a holiday and it’s only just begun / The whole world is […] 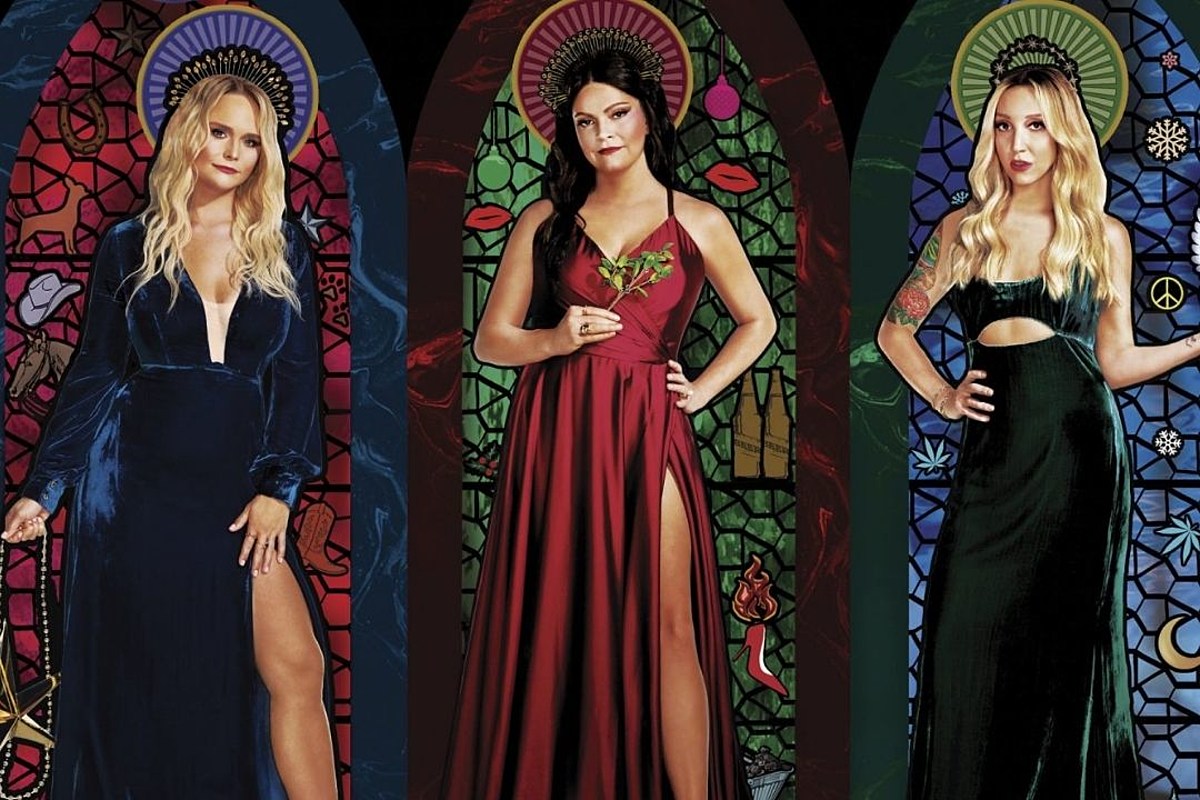