Dear Helaine and Joe: I found this piece at a Goodwill store and paid $6 for it because it is pretty. When I returned home, I noticed that there were quite a few chips around the rim. I am wondering what I purchased, and is it worth more than I […]

I found this piece at a Goodwill store and paid $6 for it because it is pretty. When I returned home, I noticed that there were quite a few chips around the rim. I am wondering what I purchased, and is it worth more than I paid for it?

Thank you so much,

God bless the good things Goodwill Industries does every day. And once in a blue moon, thank goodness for the great bargain that turns up in one of their thrift stores. On super rare occasions, the find is so good it will send the lucky buyer’s children to college, but most of the time, it is just a great return on investment.

Thrift stores in general are great places to find all kinds of bargains. Wedding dresses worth thousands of dollars sell for $50 or less (only worn once or twice). Or there’s the Jackson Pollack painting that was reportedly purchased for $5 and turned out to be worth millions (the lucky buyer was offered $9 million).

The piece in today’s question is Chinese in origin and is a type of ware that has its roots in the 18th century in and around the city of Canton (now Guangzhou). Before 1842, this was the only Chinese port open to European trade. Various porcelain wares intended for export to Europe and North America were made at many potteries, then shipped to Canton, where they were hand-decorated.

The Chinese disdained these wares as being in bad taste, but Europeans loved them. Sea captains would fill the bottom of their ships with porcelain to act as ballast. Stones were often used for this purpose when the ship was outbound from Europe, but they were replaced with “china” for the return trip because it made the voyage much more profitable.

In the second half of the 17th century, a new color was added to the Chinese palette for porcelain decoration. It was pink — the Chinese called it the ”foreign color” — but it could range from a soft hue to one that was almost ruby in coloration. Collectors refer to the type of porcelain with this enamel coloration within its decorating scheme, “famille rose” or “rose family.”

Some of the most familiar examples of Chinese export with famille rose enamels are called “Rose Canton” and “Rose Medallion.” Both patterns have panels, or “medallions,” of decoration. Rose Canton was entirely floral, but in Rose Medallion, the floral panels alternate with others containing representations of people (birds and butterflies are also represented from time to time).

The Rose Medallion oval platter in today’s question was probably made in the mid-19th century (1830-1860s). Pieces made after 1891 are commonly marked “China,” and those made near the beginning of the first World War and after are often marked “Made in China.” If the piece is marked “Made in Hong Kong” or with Chinese characters, it is of modern origins and is of less interest to collectors.

The chips on this piece are minor, and it should be valued at around $300. If perfect, the value would have been closer to $500.

Thu Aug 5 , 2021
Bottomless mimosas, Bloody Mary bars, decadent French toast and eggs covered with all sorts of toppings are more the norm than the exception these days. Now, The Good Life at Enderly Park is upping Charlotte’s brunch game by offering brunch goers with an entire food-filled party dubbed Brunch on Sunday. […] 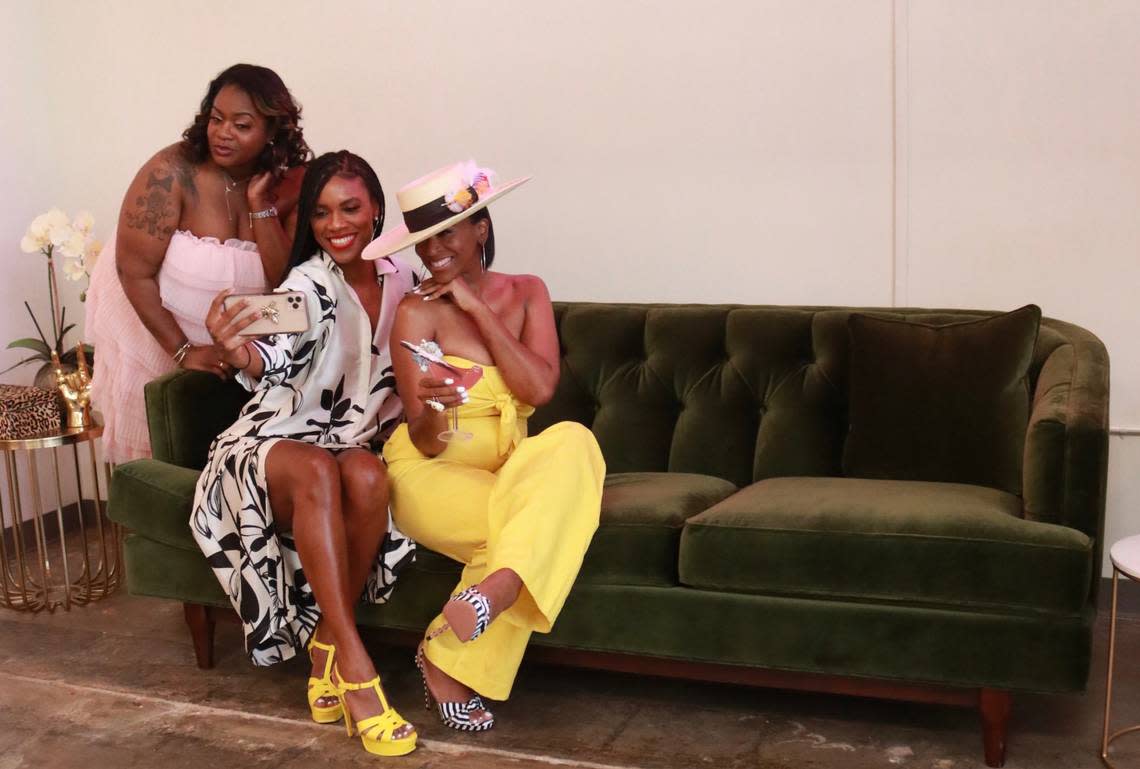