Trump. REUTERS/Jonathan Ernst In a viral meme, TikTok users are encouraging others to engage in a practice known as “Denial of Inventory,” hoping to wreak havoc on Trump’s online stores. Users are encouraged to hold items in their online cart with no intent to purchase, making it impossible for others […]

Younger critics of President Trump are utilizing the sometimes harmful effects of shopping cart abandonment as the tool in their latest crusade, loading up their online carts with millions of dollars of Trump products from his online stores and walking away. The strategy has gone viral, suggesting it’s the newest form of online disruption facing Trump and his campaign. But most evidence observed by Insider suggests the tactic may not be having its intended consequence.

Now-private Audio posted by user @ProbablyTom on TikTok has become the siren song of Resistance TikTokers engaging in the practice of shopping cart abandonment. In his video, he sarcastically remarks, “it would be a shame if everybody realized that if they went to Donald Trump’s merch store, filled their cart up with as many things as they could, and then got distracted Googling the damaging effects that shopping cart abandonment has on online shopping and just forgot to come back to check out, that would be a shame. Definitely don’t get this word out.”

TikTok user @preveroni found the original audio and dubbed it over a video where he fills his cart with over $1.3 million worth of product from Donaldjtrump.com. The video garnered 2.8 million views and over 600,000 likes in 48 hours, in a phone interview, he said “I was shocked to see that I could even get that amount of stuff in my cart, so I said to myself that this is very interesting and something worth sharing. I wanted to show other people on TikTok how they could make an impact.”

The OWASP Foundation, a nonprofit foundation that works to improve software security, classifies this threat as a “Denial of Inventory.” Users hold items that are limited in inventory with no intent to purchase, resulting in difficulty or inability to buy for others. Hundreds of users on TikTok commented on @pervoni’s video with comments like “I’m at $160,000 right now, but I forgot my dog ate my debit card 🙄.”

Thousands of similar videos started popping up all over TikTok, with users posting clips and screenshots of their multi-million dollar carts. TikTok user @im_literally_deku recorded an “out of stock” message, speculating that they had wholly restricted available stock items. TikTok users are armed with browsers containing millions of dollars of merchandise, but have they pulled off a second blow to President Trump?

“It looks impressive for your TikTok, but, unfortunately, it’s not going to have its intended effect,” Jonah Blossom, a Shopify Consultant and e-commerce software developer for Creori Inc, stated in a phone interview with Insider. Trump’s official campaign store and his non-politically-themed Trump gift shop utilize the Shopify platform to sell products. “If a company’s site were to reserve inventory when people placed items into their cart and prevented other people from adding items, these types of companies would be susceptible to this threat. My understanding of how the Shopify system works is that they do not reserve inventory when an item is added to the cart,” Blossom said.

Shopify’s platform automatically protects its client against this type of threat, which Blossom was able to demonstrate for Insider quickly. Blossom edited the source code on the “add to the cart page,” and manually removed cart restrictions, allowing him to add 1,000,000 units of a Trump-branded product, which did give him an “out of stock” message, however, the item still showed as available for purchase for Insider. As it currently stands, both of Trump’s online stores do not appear to be suffering from any inventory outages. Shopify did not immediately respond for comment.

While seemingly not technically viable, the threat gained attention from Brad Parscale, Trump’s campaign manager. Parscale responded to criticism from Twitter user @christophurious, who was one of the early voices pushing for the online attack. He claimed that “any programmer worth his salt would account for this [denial of inventory]…but not all do.”

Parscale replied, “So I guess you owe me some salt, 🥱 thanks.” In this exchange, Parscale inferred that he designed both Trump websites to be fool-proof from these attacks, Blossom suggests this is not the case.

“The feature of tracking what people have in their carts and taking that out of available inventory is more of an advanced feature and not a basic feature of a shopping cart tool. Unless it was developed to have that feature specifically, it wouldn’t be an issue on Shopify.” Meaning, Parscale did not specially design or add any protective feature; instead, it’s a feature any client of Shopify would have.

Parscale could not be reached for comment regarding the matter.

TikTok user @preveroni doesn’t believe this is all for naught, claiming, “seeing people from younger demographics use e-commerce as a tool of change is a great thing. At the very least it’s deflating Trump’s ego and stride a little bit. He might not come out and say it, but it’s gaining attention from people like Brad Parscale, which means it’s working.” Blossom echoed this sentiment, “that psychological effect is totally valid even if it’s not having a technical effect.” 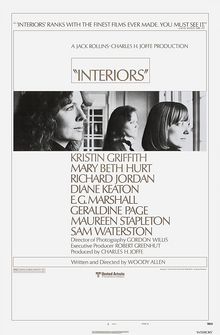