Strangers allegedly moved into a TikToker’s apartment and locked her out. By the time she came back they’d sold and packed the bulk of her belongings — including her dryer. “Someone moved into our house while we were gone. Changed our locks, packed all our stuff and sold some of […]

Strangers allegedly moved into a TikToker’s apartment and locked her out. By the time she came back they’d sold and packed the bulk of her belongings — including her dryer.

“Someone moved into our house while we were gone. Changed our locks, packed all our stuff and sold some of it and tried to redecorate,” Shayna Rice (@glamourice) said in the viral video.

Everything started about two to three weeks ago, she said, when Rice went by the apartment (she and her son were staying in one of her other apartments at the time) to grab their Christmas tree from the balcony storage unit.

She could see the storage unit was open and some boxes were moved, she said, but left it alone in the meantime, assuming her son’s father had been inside or that maybe maintenance was there.

Her son’s father reportedly let her know that he hadn’t messed with the storage unit or been in the house. He ended up going by to try and check on the property and noticed there was tape on the front door deadbolt. Suspicious, he allegedly called their neighbors to check if they’d seen other people going in and out of the apartment or anything else strange going on.

The neighbor said everything seemed normal: Trash would get put outside the door for the valet trash service to pick up and she could hear a couple arguing next door but assumed it was Rice and her son’s father.

He and Rice went back to the apartment and suddenly there was a shiny new deadbolt on the door. The people at the apartment management office were just as confused as the pair and confirmed with maintenance that no one on their team had entered.

So Rice said she called the police.

The original TikTok—which has more than 3.6 million views and turned into a multi-part storytime—showed the police and firefighters attempting to break the lock and tear down the front door. It took a few hits, but once they were in all Rice heard was the police shouting, “Put your hands up.”

As Rice suspected there was a couple staying in the apartment. The video shows police escorting the man to the squad car and taking the woman off-camera.

The video showed a sparse disheveled apartment with loads of black bags and trash bunched together in a corner. There was also a cup with what appeared to be a recently consumed coffee drink.

“The first thing I notice is there’s Christmas decorations up. My little mini tree that they took out of my storage, little stocking holders, little Christmas lights,” she said with a look of disgust. “I’m sitting here like, really?”

The video also showed the pair had a gun and knife. “They was ready to fight about this apartment,” Rice said.

In a later video she explained they’d cleared out the majority of her closet. There were barley any clothes, purses, or shoes left. They even cleaned out her son’s belongings including a large toy kitchen. Most audaciously of all, they allegedly sold her dryer and started decorating with their own shelves and candles.

Rice said she at least has renter’s insurance and is expecting to be able to replace her belongings. “Thank god,” she said

People in the comments section were confused by why the content creator has more than one home and attempted to place blame on her. Others suggested that one of her neighbors may have been in on it since no one spoke up about suspicious things happening in the apartment.

“I’m glad everyone finds it so funny because we’re laughing through it right along with you guys, cuz honestly we only lost material things that can be replaced,” Rice said. “At least we didn’t try to go in there and get shot or anything, my son wasn’t hurt so I don’t really care.”

The Daily Dot reached out to Rice via Instagram DM.

Stacy Fernández is a freelance writer, project manager and communications specialist. She’s worked at The Texas Tribune, The Dallas Morning News and run social for The Education Trust New York. Her favorite hobby is finding hidden gems at the thrift store, she loves a good audio book and is a chocolate enthusiast.

Mon Dec 6 , 2021
AUGUSTA, Ga. – A couple of holiday events are brightening up downtown Augusta in coming days. On Dec. 11 at 6 p.m., the Augusta Christmas parade will make its way through downtown. The parade route will start on upper Broad Street and proceed between Sixth and 13th streets. All proceeds […] 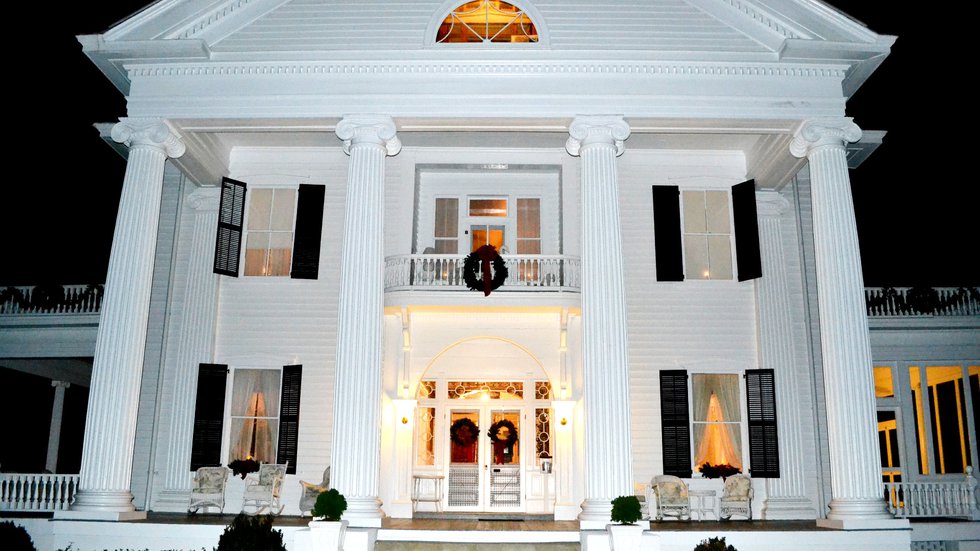