When the world shut down at the start of 2020, no one could have guessed what we were in for in the months ahead. We’ve been shut inside, socially distanced from one another, and many of us have been living our lives solely online. And though that’s depressing in so […]

When the world shut down at the start of 2020, no one could have guessed what we were in for in the months ahead. We’ve been shut inside, socially distanced from one another, and many of us have been living our lives solely online. And though that’s depressing in so many ways (*laughing, but crying*), there’s a silver lining—we coped with grief by creating some truly hilarious memes this year. And, in our opinion, that’s at least something to be proud of.

We’ve compiled a list of some of the top memes from 2020 that had us laughing through the tears/stress/anxiety. Though we absolutely are looking forward to moving on from this disastrous year, let’s skim back through the highlights before burying 2020 deep, deep in the ground.

Laughter, as they say, is the best medicine, after all.

When the threat of the coronavirus (COVID-19) pandemic became very real, the experts told us to wash our hands with soap and hot water for as long as it takes to sing “Happy Birthday” twice in order to slow the spread of the virus.

But…we got real tired of singing “Happy Birthday,” so people began to improvise.

Follow the poster instructions, or wash along with your favorite recording artist.

At this point, we were still trying to make stay-at-home orders fun. That was cute of us.

Everything is cake. Trust nothing.

Viral videos of cakes that look like regular objects flooded the internet and created massive trust issues. What’s real? What’s cake? Why is this a thing?

i have chained my roommate to the kitchen table. i will be cutting him open to see if he’s a cake. he says he isn’t, but that’s exactly something a cake would say https://t.co/DdBFYGmHVg

This meme toed the line of being dangerous, TBH.

Hopefully the majority of us came out of it unscathed and with most of our belongings not cut in half.

When a rogue fly landed on Mike Pence’s head during the Vice Presidential debate, the internet couldn’t quite deal. Saturday Night Live obviously jumped right on it because the whole scenario already read like an SNL skit.

Lizzo, in fact, had to cope with the absurdity by actually becoming the fly.

And she looked damn good doing it, too.

The “What [Blank] Are You?” accounts.

If you ever wanted to know what you would look like based on your name in chicken form, Lizzie McGuire form, Pantone color chip form, Larry David form…it was all on Instagram.

Seriously, all of it.

Now that we think of it, we have always wanted to know what Shrek at Notre Dame we would be…

Sue Sylvester creating an environment that is so toxic.

At least, that’s what Jane Lynch’s Glee character started off declaring. From there, the caption took on a life of its own thanks to some very creative Twitter users.

And no, you can’t store it. That’s the whole point. It’s a year-round investment.

Once you bring him into your home, he’s part of the family.

Reese Witherspoon kicked off this viral meme by blocking out the year and attributing each month to a still from one of her movies.

It was the perfect format for celebs to vent about how they were feeling about 2020 by the end of the summer. And we were right there with them.

We’re still looking like Mindy Kaling’s August and September in mid-December—except maybe in black and white instead of color.

“Well look who decided to come out of their room!”

We don’t know whose stock photo family that is, and we don’t care. They’ve been waiting for you to come out of your room for hours.

This meme rang true for every teenager (or just anyone) trying to avoid their overbearing family during the holiday season.

This meme combined with the “Robert Pattinson standing in someone’s kitchen” meme is *chef’s kiss.*

Someone on President Donald Trump’s team thought they booked a Four Seasons hotel to hold a press conference during the election drama. However…they booked a space at the Four Seasons Landscaping company, and uh…you can’t make this stuff up.

So close, yet so far.

Celebrities and other social media users were using this template to call out something we all do—use different pics of us depending on the social media platform.

LinkedIn is all business, Facebook is family-friendly, Instagram is your cooler side, and Tinder is, well, Tinder.

These are just a sampling of memes that rose up from the ashes of 2020. Honorable mentions include the Brad Pitt/Jennifer Aniston wrist grab, everything and anything Tiger King-related, and the “how it started/how it’s going” trend that was started by an ICU nurse on the frontlines of the virus (not funny at all, but it still became a meme nonetheless).

The pandemic shut down her chateau. Then she became a YouTube star

Fri Dec 18 , 2020
(CNN) — What do you get when you put a former opera singer, two ex-boyfriends, her French mother, an adopted Scottish brother, a Dutch tango instructor, a Norwegian flower designer and a cheery Argentine house manager together into a sprawling 40-room French chateau? Well, you get “The Chateau Diaries,” the […] 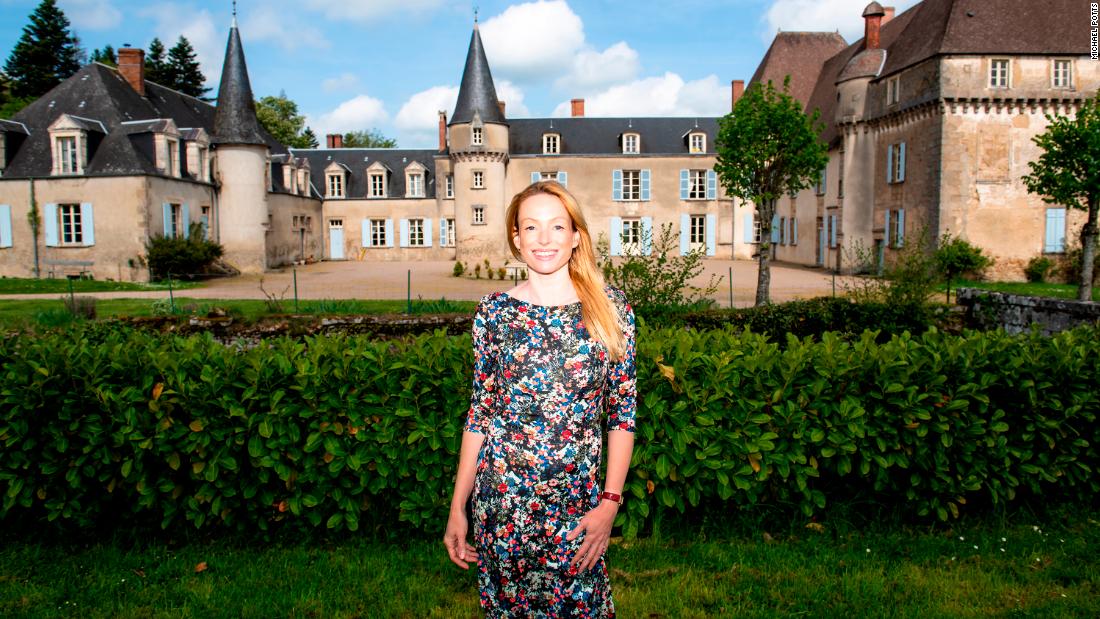