The Lego Elf Club House is one of Amazon’s picks for the top gifts of 2021. Lego Wondering what the hottest toys of the 2021 holiday season will be? Well, wonder no more. Every year, Amazon releases a list of what the company predicts will be the most sought after […]

Wondering what the hottest toys of the 2021 holiday season will be? Well, wonder no more. Every year, Amazon releases a list of what the company predicts will be the most sought after toys on the top of every kid’s list. The recently released 2021 Toys We Love List features kids’ favorites from L.O.L. Surprise! dolls to Nerf blasters to a very hungry Baby Yoda toy.

“All of the items in Amazon’s 2021 Toys We Love List are selected by our in-house toy experts,” Anne Carrihill, Amazon’s director for toys and games, explains to CBS Essentials. The online retailer surveys a wide swath of the toy industry landscape,  ranging from long-standing established toy brands to small businesses to startups.

It isn’t uncommon for these toys to sell out several weeks before the holidays — and sometimes even before Black Friday — leaving parents scrambling to buy them on eBay or other third-party retailers for double or triple the retail price. So while it may seem too early to start holiday shopping — after all, the winter holidays are still months away — it may be a good idea to shop early, especially when it comes to gifts for boys and gifts for girls. And with the international president of UPS warning that you should “order your Christmas presents now,” there’s all the more reason to shop early, lest you risk your gifts not showing up until 2022.

Here are some of CBS Essentials’ favorite picks from Amazon’s list of the hottest toys of 2021.

The ideal gift for that person on your gifting list who’s obsessed with big machines, construction or just digging holes, The Big Dig ride-on excavator features a 360-degree swivel, reaches up to 33 inches and can dig up to 15 inches deep. For kids 3 and up.

Every year L.O.L. Surprise! dolls dominate holiday shopping lists. Released in time for the holiday rush, the O.M.G Movie Magic Studios provides more than 70 unboxing experiences, including 12 dolls to shoot home movies with. The box even transforms into a movie set.

If you’ve got a young Star Wars fan on your shopping list, here’s one pre-order you don’t want to miss: Snackin’ Grogu. Kids can feed Baby Yoda one of the four included menu items, and he’ll react with sound and motion depending on how tasty — or gross — the food is. This toy measures roughly 9 inches tall. For ages 4 and up.

An educational gift that promotes an early love of science, this kit is just one of the many engaging offerings from the educational institute. The Earth Science kit includes 15 science experiences — such as water tornadoes, building an erupting volcano, growing a crystal and two geologic dig kits — sure to keep kids eight and up entertained for hours on end.

Indulge the Hot Wheels fanatic in your life with the recently released Ultimate Octo Car Wash. The play set measures over four feet long and includes a car that changes colors in warm or cold water. Kids ages four to eight will enjoy all the tricks the octopus-themed car wash offers, including loops, ramps and spirals.

Osmo Math Wizard & the Magical Workshop makes learning fun and interactive, providing a smart way to use screen time. While Osmo offers a range of programming for all ages, this one in particular caters to those six to eight, teaching addition and subtraction via hands-on play. In order to use it, an Osmo Base for iPad or Fire Tablet and an iPad or Fire Tablet are required.

This item is part of Amazon’s current 3 for the price of 2 promo, available on a wide range of games and toys.

Here’s the perfect holiday gift to open just a little bit early. The Lego Elf Club House, a new-for-2021 holiday themed Lego model kit, makes for a fun family activity and a great holiday decoration to display year after year. This 1,197-piece Lego set has many intricate details that are challenging enough for adults to put together, plus some easier builds to get kids involved. Stands just over 8.5 inches tall when completed.

This inexpensive Nerf blaster features a 360-degree rotating muzzle that lets you determine the path of each shot: Rounds can fire straight, curve left, curve right or down. The Nerf Rival Curve Shot Sideswipe comes with 12 rounds included. Recommended for ages 14 and up.

OUT OF STOCK: My Squishy Little Golden Dumpling

A cute stocking stuffer, My Squishy Little Golden Dumpling boasts a whole lot of entertainment in a small package. Infused with personality, this little character, named “Dart,” delivers 50 reactions and emotions in the form of cute sounds and unique animations, a head that lights up, and cheeks that blush. Available for pre-order, Dart ships out October 15 — until it sells out.

Infuse a little fun into family game night with Funko Games Disney Mickey & the Beanstalk Game, a 3D, interactive board game designed for kids four and up.

One of the most exciting parts of the holiday season for kids is when the delivery truck arrives, bringing more presents. This officially licensed UPS toy truck measures 5.5 inches long and 2.5 inches high, making a great stocking stuffer.

Why settle for a castle designed for one Disney princess when there is one suitable for all of them? Disney Princess Ultimate Celebration Castle, released in August, provides a magical home for everyone from Belle to Tiana to Ariel. The dollhouse comes furnished with rooms designed specifically for each princess and also plays music and lights up to resemble a fireworks show. Disney Princess Royal Collection dolls, sold separately, also made Amazon’s list.

One of the most buzzed about toys of the year, the Got2Glow Fairy Finder, available in pink and blue, is a jar designed to search for virtual fairies. Similar in concept to Pokémon and Tamagotchi, kids search for little winged BFFs wherever they roam. Once caught, they function as digital pets. Each jar offers 30 virtual fairies to find, 100 in all. Fairies can even be traded among friends.

Interactive animal toys seem to sell out almost every holiday season. Squeakee the Balloon Dino, designed for ages five to 15, performs a variety of functions — stomping, chomping, laughing, roaring and dancing included. He even plays games, including chicken and tug of war.

Tue Oct 5 , 2021
BLAIR COUNTY, Pa- Two years ago, Hollidaysburg high school senior Erika Salisbury took a leap of faith to join the Boy Scouts of America. Now, she’s about to make the history books. Soon, she will be the first female Eagle Scout in Blair County. Over the summer, Erika spent most […] 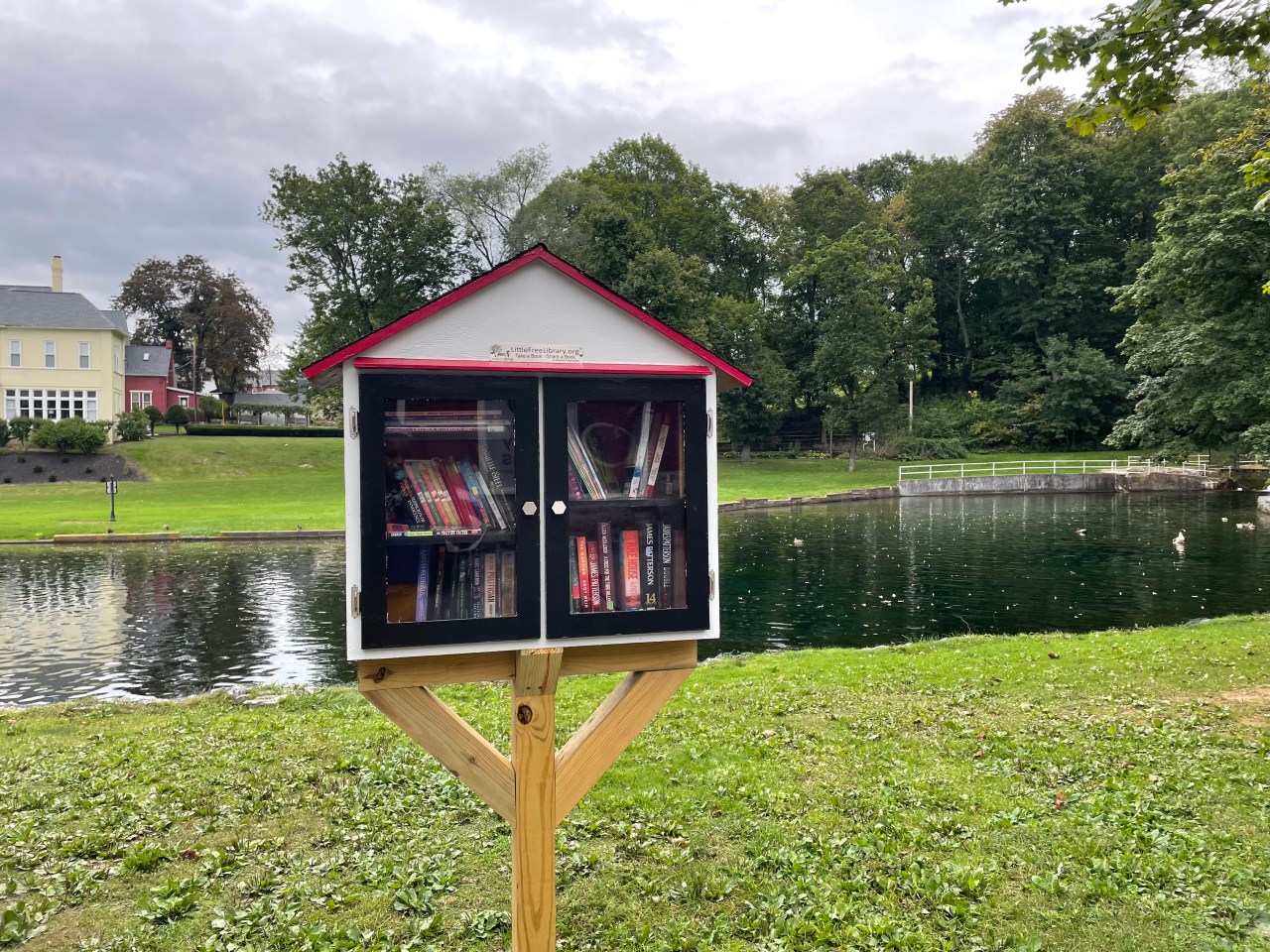