If there’s one thing Nintendo loves, it’s reselling its most iconic games in as many ways as possible. Well, depending on the game, that is. While you can’t easily get a beloved classic like Earthbound, you could spend a fortune buying different iterations of Super Mario Bros. Nintendo’s most inventive […]

If there’s one thing Nintendo loves, it’s reselling its most iconic games in as many ways as possible. Well, depending on the game, that is. While you can’t easily get a beloved classic like Earthbound, you could spend a fortune buying different iterations of Super Mario Bros. Nintendo’s most inventive rerelease came last year when it ported the platformer to a special-edition Game & Watch. At $50, it was a little pricey considering that the game is included with Nintendo Switch Online. Still, it was an irresistibly cute concept for Nintendo history buffs.

The company clearly saw potential in the idea, because it has now given The Legend of Zelda the same treatment. The latest Game & Watch recreation contains many of the same features as the Mario edition, but it gives fans a little more for the price tag. Yes, it’s $50 for three old games, but its a more fun way to repackage classics — something the company has struggled with in recent months.

Like the Mario edition, the Zelda Game & Watch is a perfect recreation of Nintendo’s oldest handheld gaming device. It features the same button layout and thin, rectangular design as the 80s original. The rubbery buttons and four-direction D-pad are all intact. It has a few modern bells and whistles to it, namely a USB-C port to charge it. Green accents give it some Zelda flair, as does the triforce emblem emblazoned on the back of the device. A lot of care has gone into making sure this doesn’t just feel like an overpriced Tiger Electronics handheld.

As soon as I powered it on, I was smitten as classic Zelda art lit up the screen. It may be a small device, but it packs quite a few details. When I set the device’s clock, I get to see little scenes from the NES Legend of Zelda play out as the time displays on a dungeon floor. There’s a timer function, which takes place over one of Zelda 2‘s 2D battles. According to Nintendo, players can even unlock Zelda art by meeting secret requirements in games. All of those touches make it more appealing as a collector’s item.

Of course, its more than a $50 clock. The Zelda Game & Watch comes with three games (four if you count a recreation of Vermin where Link hammers Octoroks): The Legend of Zelda, Zelda 2: The Adventures of Link, and The Legend of Zelda: Link’s Awakening.

The standout among the trio is Link’s Awakening, for a few reasons. For one, it’s the one that’s hardest to come by on Switch. You can buy a solid remake of it for full retail, but the Game Boy original can’t be played on modern consoles. It’s also has some extra touches that I appreciate, like multiple language options and the ability to play full-screen or in the old Game Boy square ratio. More importantly, it’s the best game of the bunch and one that feels right at home on a tiny handheld screen. It was designed for the Game Boy, so the text is larger and more legible than Zelda 2, which was made with TVs in mind.

While the NES games are more readily available, there’s one detail that I particularly appreciate. They can either be played in English or the Japanese Famicom version with each one’s differences in tact. That’s an especially nice touch for those who are interested in this more from a historical preservation standpoint. It’s also great that you can have all three games active at the same time without having to close any. Switch from game to game and you’ll pick up right where you left off. These are the kinds of small details that players don’t necessarily get from a service like Switch Online.

Nintendo has come under fire in the Switch era for its often bizarre approach to game rereleases. Last year, Super Mario 3D All-Stars was lambasted for an arbitrary limited-time release. The company’s new Switch Online + Expansion Pack service is a recent point of contention, as it offers  ports of classic Nintendo 64 and Sega Genesis games for a fairly high price. That’s left fans frustrated over Nintendo’s tendency to overcharge for low-effort ROMs that they could get for free (even if by dubious means).

The Zelda Game & Watch is a clever workaround. It turns the act of playing a classic game into a tangible experience. It’s the same appeal as buying a special edition of a game like Metroid Dread, except the game and the physical bonuses are one in the same. There’s so much personality in this little device that makes the playing experience a warm delight. You just won’t get that by firing up a port of The Legend of Zelda on Switch Online. Actually owning the games is secondary to the experience built around them.

For most people, $50 will be a steep price for what’s offered here. It’s essentially a nostalgia toy for gaming history buffs and Zelda super fans. But as a collector’s item, Nintendo has the right idea here. I love that I have three Zelda games in a self-contained, portable museum that’s not tied to aging hardware. And when I’m not playing, it doubles as a charming decoration for my desk or bookshelf, just like my mini SNES. It’s the best of both worlds, even if it’s not a good excuse for why I can’t play Link’s Awakening on my Switch.

The Legend of Zelda special-edition Game & Watch is available now.

Fri Nov 12 , 2021
AUGUSTA, Ga. (WRDW/WAGT) – Some CSRA residents love going big on Christmas decorations. You’ve probably seen some of the 7-foot-tall ones you can find on sites like Amazon. But if you’re buying from a lesser-known site, experts say should do your research first, because they may be running a scam. […] 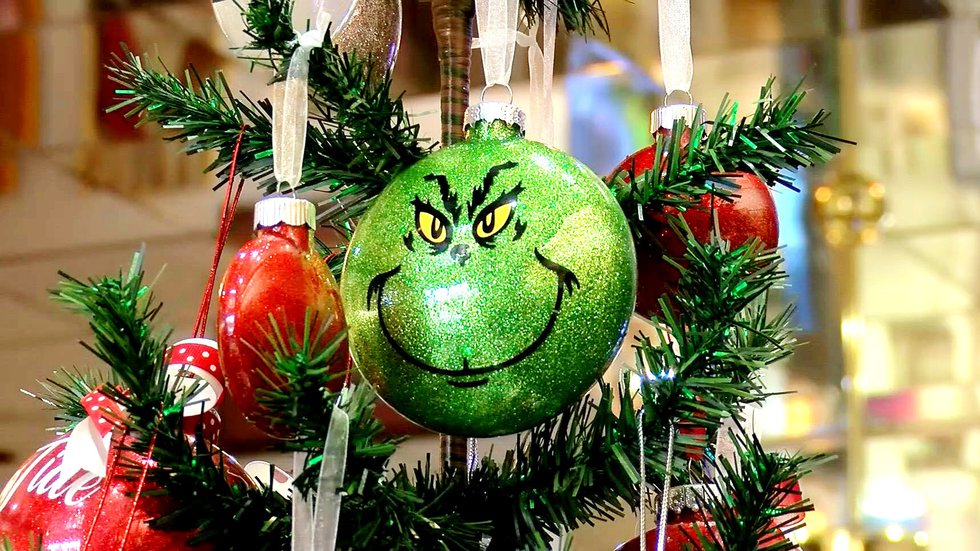