HBO’s “Westworld” is a sprawling, many-layered series unlike any other drama on TV right now. Part of the show’s draw, particularly for the detail-oriented fanbase on Reddit, includes the intentional planting of Easter eggs and references in obscure, hard-to-spot places.

The show’s creators, husband-and-wife duo Jonathan “Jonah” Nolan and Lisa Joy, work with a team of production designers to bring enormous sci-fi theme parks and cityscapes to life. This year, “Westworld” was nominated for 11 Emmy awards, including outstanding production design.

Insider caught up with the Emmy nominees — production designer Howard Cummings, art director Jon Carlos, and set decorator Julie “Jules” Ochipinti — to learn more about what it takes to bring “Westworld” to your TV screen.

Since its premiere in 2016, and the launch of accompanying websites with hidden codes and world-building reveals, “Westworld” has cultivated a fanbase that is primed to suss out a deeper meaning in the most unassuming of details, like a photo framed on a wall or a company’s logo.

“We always joke, like, ‘Let’s leave this for Reddit and see if someone figures it out,'” Carlos told Insider during the group call with his colleagues.

Cummings said the awareness of fans, and the online spaces they occupy like the “Westworld” subreddit, shape the decisions made when it comes to set designs and props. Carlos agreed.

“It puts pressure on us, but in a positive way,” Carlos said. “We are constantly aware of that need for keeping the quality and integrity of the world.”

Ochipinti says her approach to the details in sets hasn’t changed much in the last decade. What has changed is the way fans can spot and share those details on discussion platforms like Reddit or Twitter or YouTube. Before, her work might have gone unappreciated. But with “Westworld,” Ochipinti can get a kick out of seeing her sets scrutinized online.

“People can actually see things now and have fun with stuff,” Ochipinti said. “Now you get the opportunity to look at a photo of something you did [online] and see that someone’s noticed the sheets with the arrows on it. I just go, ‘Holy s—!’ Because that never would’ve happened years ago.”

As Ochipinti referenced, there was scene involving bedsheets in season three that sparked some theorizing among fans on the “Westworld” subreddit.

When “Chalores” (the copy of Dolores disguised as Charlotte Hale) tucked her son Nathan into bed in episode three, his sheets were patterned with arrows. Those arrows matched part of the opening credits’ designs, leading some people to think Nathan might have a secret link to the Incite corporation or the AI system called it controlled: Rehoboam.

However, the sheets didn’t have quite the conspiracy-laden meaning some fans might have hoped for. Instead, the arrows were a nod to the first robot theme park introduced in the HBO show: Westworld itself.

“I’d love to say that it had DNA in something deep, but it was probably just more that I honestly missed the Western park,” Ochipinti said. “I was always trying to remind our show of its roots. I try to do as many old school, little Western things that I can, just because I personally feel like that’s the birth of our show because that’s where it started.”

“Jules is always making choices like that,” Cummings said. “Most people just pick the damn sheets because they look cool. Throwing in secret meanings is part of what makes it fun for us.”

There were two visual elements that helped tell Chalores’ character arc this season. In season three, episode three, the original Dolores brings her Chalores copy to a hotel room. In a brief shot (above), you can see a bronze sculpture that shows two mirrored figures.

This scene takes place before the audience was clued into Chalores’ real identity, but some people may have spotted the statue and realized it was a hint about Dolores duplicating herself. Ochipinti was pleased to have found a statue that fit this narrative so well.

“So much of what I like about [‘Westworld’] is how you have amazing accidents all the time,” Ochipinti said. “You just look and look and look and look, and then you find the right thing and you’re like, ‘OK, moving on!’ There wasn’t even a discussion.”

Another key sculpture piece had a much more coincidental link to the plot of the show. In episode six, “Decoherence,” a nude sculpture of a woman can be seen sitting in Chalores’ Delos office.

In the episode’s final minutes, Chalores’ car is bombed and she emerges with burns covering her whole body — looking eerily like that same sculpture from her office.

When they chose that particular artwork, the team didn’t know about Chalores’ “charred” fate.

“That’s a good example of an accident,” Ochipinti said.

The sculpture was made by Sharon Loper, a bronze artist who lives next door to Carlos. He was the one who recommended Loper’s artwork to Ochipinti.

“Her pieces are beautiful in that they have this elegance, but also a rough texture that’s kind of created with the bronze casting process,” Carlos said. “It felt so perfect for Hale — polished on the outside and tormented on the inside.”

According to Cummings, this type of collaborative group work is a special part of “Westworld,” and isn’t always the case with other movies or TV shows.

“There are enough people that have been on ‘Westworld’ for a while, so you get an intuition about things,” Cummings said. “People don’t usually do that, but on ‘Westworld’ that’s actually a thing. We sometimes influence the story just by the choices we make. It gets into the zeitgeist of everything.”

Both Ochipinti and Carlos were thrilled when it came time for season three, episode two, “The Winter Line.”

“We showed War World, which was the Nazi-occupied Italy,” Carlos said. “And then we also teased medieval world with the ‘Game of Thrones’ dragon.”

Carlos said that park four — which so far is the only Delos Destinations theme park we haven’t actually seen, nor does it have a confirmed name in the show — was referred to as “medieval world” in the script. It’s not the officially revealed name for the park, though.

In the original 1973 “Westworld” movie, there is a Medieval World and Roman World — both of which Nolan and Joy once said we wouldn’t see in the HBO show. This past March, after the revelation of park four, Insider asked Nolan if it was called either “Fantasy World” or “Medieval World.”

“I think that is subject to some speculation,” Nolan said. “We are neither going to confirm or deny it, hence ‘park four.'”

Ochipinti refers to park four as simply “Game of Thrones World” thanks to the cameo appearance from that show’s cocreators, David Benioff and D.B. Weiss. She said the term “medieval world” always gave her “the creeps.”

“Probably because it sounds too much like the original movie,” Ochipinti said. “And I feel like we’re branching off and modernizing that.”

Ochipinti is a massive fan of “Game of Thrones” and says she rewatched the entire series during her self-quarantine. So while the term “Medieval World” isn’t her favorite, she reveled in the opportunity to bring a little bit of Westeros to Westworld.

“The ‘Game of Thrones’ s— was awesome,” Ochipinti said. “That’s my jam. After the concrete boxes and the glass and the linear lights, I wanted some fur and blood and swords and real things that you can touch — because so much of our world is not super prop heavy.”

Beyond the props involved, she was beside herself to see Benioff and Weiss on set. She joked that she had to be “sedated” for a lot of episode two’s filming because the excitement was too much to handle.

The team had to make young William’s book from scratch, and its illustration went through several revisions

In episode six, William was placed into augmented-reality therapy and saw a vision of his younger self reading a book titled “Sir Rowan and the Lady of Sulon.” Cummings and his team had to make that book from scratch because it’s not a real novel.

“We had to do all the illustrations too,” Cummings said. “Lisa and Jonah were very involved in what the illustration was. It was on this level where we were getting our fourth or fifth revision of the sketches back and I’m going, ‘Is anybody going to actually look at this book?’ But it was very important. Even if the book never got opened, that was really important to them.”

Cummings said he and the rest of the design team will sometimes speculate among themselves about the significance of a requested item for the set. They aren’t always told the full picture, usually due to a time crunch. But there are items Cummings thinks of as “onions” because of the layers involved. William’s book is one of those onions.

Sometimes Cummings will work on a requested prop item and bring it to Nolan and Joy only to realize there’s a bigger meaning behind it. Even in the course of our conversation together, the design team said they were finding out new tidbits about the show from one another.

Ochipinti was not involved in the creation of young William’s book, so she listened to Cummings and Carlos discussion of it with fascination.

“The fact that it was so important, as opposed to just a title you clear, was new information to me,” Ochipinti said. “A lot of the time you do things quickly and there’s nothing from above — it’s just something that you do for the [set] dressing. But this is obviously a very particular and important thing to [Nolan and Joy].”

Cummings also says Nolan tends to vet many of the props, like guns, and checks how they function. For him and the whole production design team, this attention to detail and relationship between the sets and the actual story make “Westworld” a unique job.

Season three of “Westworld” is streaming now on HBO Max. The 72nd Annual Emmy Awards will air on Sunday, September 20 on ABC.

Wed Aug 5 , 2020
An early Facebook product designer-turned angel investor discusses how social media has changed and whether it can be changed again for the better. For more episodes and free early access before our regular 3 p.m. Eastern time releases, subscribe with Apple Podcasts, Spotify, Pocketcasts, Google Podcasts, Castbox, Stitcher, RadioPublica, iHeartRadio or RSS. This episode is […] 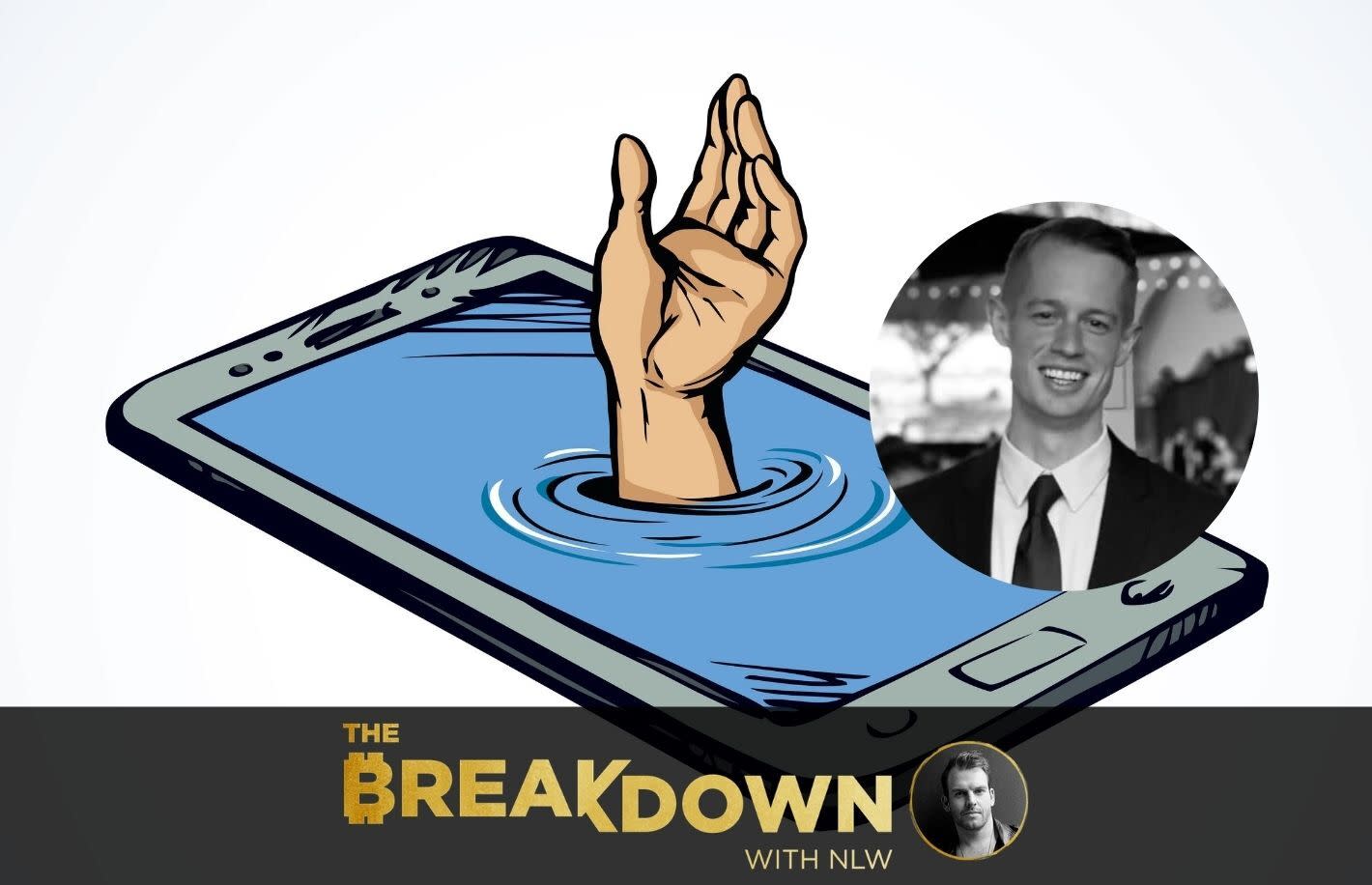