By Jamal J. Elias 5 minute Read War rugs – with symbols of war – are distinctive and dynamic in their styles. But they’re often misunderstood by buyers, journalists and curators. The growth of the war rug market There is no evidence of the existence of Afghan war rugs prior […]

War rugs – with symbols of war – are distinctive and dynamic in their styles. But they’re often misunderstood by buyers, journalists and curators.

The growth of the war rug market

There is no evidence of the existence of Afghan war rugs prior to the late-20th century.

The earliest rugs seem to have emerged shortly after the Soviet invasion of Afghanistan in 1979 from refugee camps in Pakistan, where millions of Afghans had relocated. Featuring guns, helicopters and tanks, they were small and shoddily made with coarse wool. Rug sellers and souvenir shops pitched them to workers for non-government organizations and Western government officials.

The designs have become more sophisticated over the years.

English words were added, intentionally or accidentally garbled with Cyrillic words and letters to evoke a Soviet connection. After 9/11, fixed patterns started to emerge – a sign that weavers were adhering to templates provided by rug merchants. The images made it clear that they were hoping to primarily appeal to an American souvenir market.

One popular design commemorates the 9/11 attacks, pointing out that it was not Afghans who were responsible, but terrorists from other countries.

Another depicts a map of Afghanistan, professing Afghanistan’s friendship with the U.S. with text and images. It has the misspelled word “terrarism” written on the region of the country associated with the Taliban.

The writing on some rugs declares that they’re made in Sheberghan, a city in northern Afghanistan famous for its Turkmen weavers.

It’s unlikely that they’re all made there. However, whether they’re made in northern Afghanistan or in Afghan settlements in Pakistan, the word “Shebergan,” written in English, is supposed to signal that these rugs are authentically Afghan.

Such rugs are readily available on eBay and were – until recently – sold by souvenir sellers in Kabul and Mazar-i-Sharif, Afghanistan’s cities with the largest number of foreign workers and tourists. With the Taliban’s return to power, it remains unclear what the future of rug making and its market will be.

Over the years, war motifs have found their way into higher-quality, larger carpets, with small tanks appearing where rows of medallions might traditionally have been. Other rugs feature a more comprehensive integration of modern and traditional patterns.

Misreading the meaning of the rugs

Over the past 20 years, Afghan war rugs have garnered considerable attention.

Books in German and English describe, catalog and contextualize them. Magazines and major newspapers have run features on them, and university art galleries have exhibited them.

Within the coverage, there’s a tendency to see war rugs as a reflection of the emotional lives of the weavers, who, wracked by war and violence, felt compelled to incorporate these motifs into their designs.

Articles and exhibits often ignore the reality that rug brokers and dealers – not weavers – are the ones who are attuned to fickle market tastes. Studies on labor in the rug industry note that they’re normally the ones who supply weavers with new patterns, color schemes and yarn. I’ve seen the same dynamic in my own long-term observations.

Ultimately, Afghan war rugs are produced for the market. It’s that simple.

Yet you’ll still see exhibit curators describe war rugs as combining “ancient practice with the latest in the daily lives of the weavers,” or as windows into the perspectives of everyday Afghans – the “underdogs” in a country subsumed by strife.

In 2014, The New York Times reported that weavers had incorporated “the grim realities of life in a war zone into their traditional craft.” Six years earlier, Smithsonian Magazine buried a brief acknowledgment that the rugs are for tourists under claims – with scant evidence – that the earliest war rugs were intended for Afghan buyers who resented the Soviet invasion. Later, the writer notes that female weavers drew from their own lives when they incorporated symbols of violence.

The appeal of the trauma market

With so much evidence showing that Afghan war rugs are produced in response to market demand, why do claims that they’re based on the weavers’ experiences of war persist?

Part of the answer lies in the global market for handicrafts. Buyers want to feel like they’re purchasing artisanal products when, in reality, they’re sold by the thousands in chain stores and through online storefronts such as Ten Thousand Villages or Etsy.

Implying that rugs are a source of income for traumatized and destitute Afghan women ignores the reality that the overwhelming majority of profits go to middlemen and dealers. A work-from-home model encourages workers to devote all available time to rug production. It also encourages child labor: Children are either tasked with making the crude rugs or are forced to take up the responsibilities of adults.

The appeal of war rugs – and the insistence that their designs represent a victim’s experience of war – seems to reflect a vicarious desire to peer into the emotional experience of Afghan civilians.

In reality, though, this gives primacy not to the actual experiences of Afghans, but to the viewers’ and customers’ ideas of victimhood. The granular realities of the loss of home and animals, family deaths or food insecurity aren’t represented in the rugs. Nor should we assume weavers would wish to put their own traumas on display for the world.

Modern rugs are not venues for self-expression, and the designs tend to contain an index of symbols that reflect an outsider’s understanding of war: AK-47s, 9/11, security politics and drones.

Nowhere in the rugs do we see the well-documented psychological and health impacts on Afghanistan’s population caused by decades of deprivation and violence.

Real trauma is not only hard to turn into a commodity, it is also hard to live with – even in souvenirs.

Sat Sep 25 , 2021
Fall has only just begun, but that doesn’t mean that Carrie Underwood is waiting to celebrate the Christmas season… and all of the things that come along with it. Underwood gave fans a taste of winter a little early with her release of the upbeat new song, “Favorite Time of […] 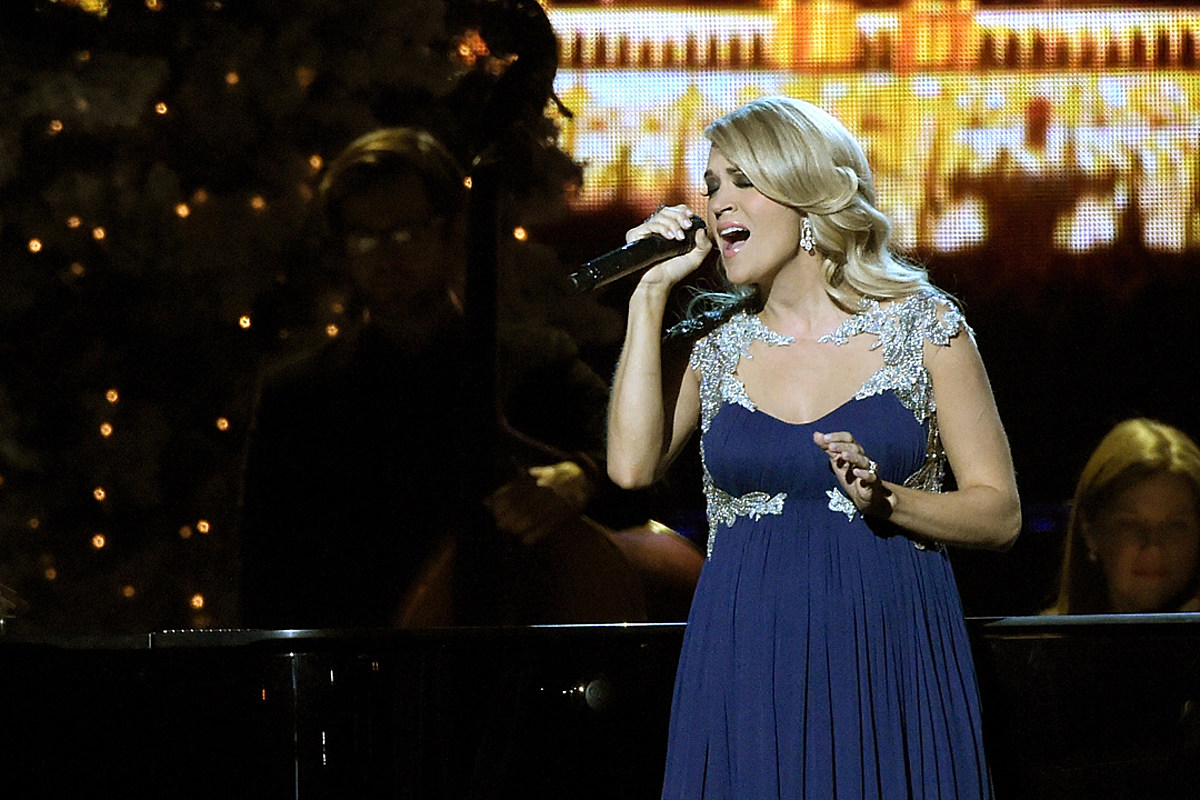