I don’t know how the idea got round that angels are an inessential decoration on the life of the Church. In the Bible they have a vital function at important moments. Jesus speaks of them clearly as his own servants: “When the Son of man comes in his glory, and […]

I don’t know how the idea got round that angels are an inessential decoration on the life of the Church. In the Bible they have a vital function at important moments. Jesus speaks of them clearly as his own servants: “When the Son of man comes in his glory, and all the angels with him.”

If you go to church it is impossible to escape them. “May the angels lead you into paradise,” says the Latin text of the antiphon In Paradisum, familiar from Fauré’s setting, and sung as a dead body is taken to burial. Every day, angels are mentioned in the prayers of the Mass or in Holy Communion in the Book of Common Prayer.

The “Holy, holy, holy” of the prayer called the Sanctus is declared to be the endless acclamation of the angels in heaven in worshipping God. It is appropriated by the Church on earth in union with them in heaven. The mechanics of this are not explained, but I’ve just stumbled across a book that explores the phenomenon.

It is The Angels and the Liturgy by Erik Peterson. He lived from 1890 to 1960, but this short work came out in English in 1964, after his death. He was a German, brought up in the traditions of Lutheran pietism, later fascinated by Kierkegaard, and brought to the Catholic Church by the liturgical movement of his day and the study of the Church Fathers that became his profession. He wrote against the Nazis.

He sees the worship or liturgy in heaven as of a civic or political nature, in the City of God or Kingdom of God. Jesus Christ, since his resurrection and ascension, has been the one who rules in heaven and earth, and to him a constant hymn of praise is offered by the huge number of angels. It is not so much the angels’ occupation as the essential expression of their nature.

Peterson notes that all creation adores God – the sun and moon and stars and all. This is not just natural worship given to God by inanimate objects by their existing; it is also part of what has been accomplished by the redemption of the cosmos through the death and resurrection of Jesus, man and God.

Jesus Christ reigns in heaven as the high priest. Peterson does not say that he performs a sacrificial liturgy there. Indeed I think that would be a mistaken idea. He is the one who has suffered and he bears the marks of the Passion. He has already made the sacrifice that won back mankind and opened heaven.

It is true, though, that words of the Roman Eucharistic Prayer ask God to “command that these gifts be borne by the hands of your holy Angel to your altar on high”. These gifts are identified as “this pure victim, this holy victim, this spotless victim, the holy Bread of eternal life and the Chalice of everlasting salvation” – no less than the body and blood of Christ.

This language is pretty Apocalyptic, and indeed the information on the subject in the Book of Revelation and in the Epistle to the Hebrews is couched in transcendent cosmic terms.

When St Francis of Assisi received on his body the marks of Christ’s crucifixion, the stigmata or wounds in hands, feet and side, it was during a vision of a seraph, an angel, displaying between its six wings the figure of a man crucified on the cross. St Bonaventure, in his life of St Francis, remarks that this surprised the saint, “knowing that the infirmity of the Passion doth in no wise accord with the immortality of a Seraphic spirit”. So it wasn’t an angel crucified that he saw in his vision, but a crucifix given a seraph’s wings.

Angels have no bodies, but as spirits have intellect and wills of great power. They are citizens of heaven and they are concerned with the abiding city into which we hope they will one day welcome us.

Sat Oct 9 , 2021
The third of a three-part series on China Evergrande Group takes a deep dive into how the property developer’s debt crisis is affecting thousands of suppliers across the construction, furnishings and real estate services sectors and how the fallout of an Evergrande collapse could affect China’s economy. In October 2019, […] 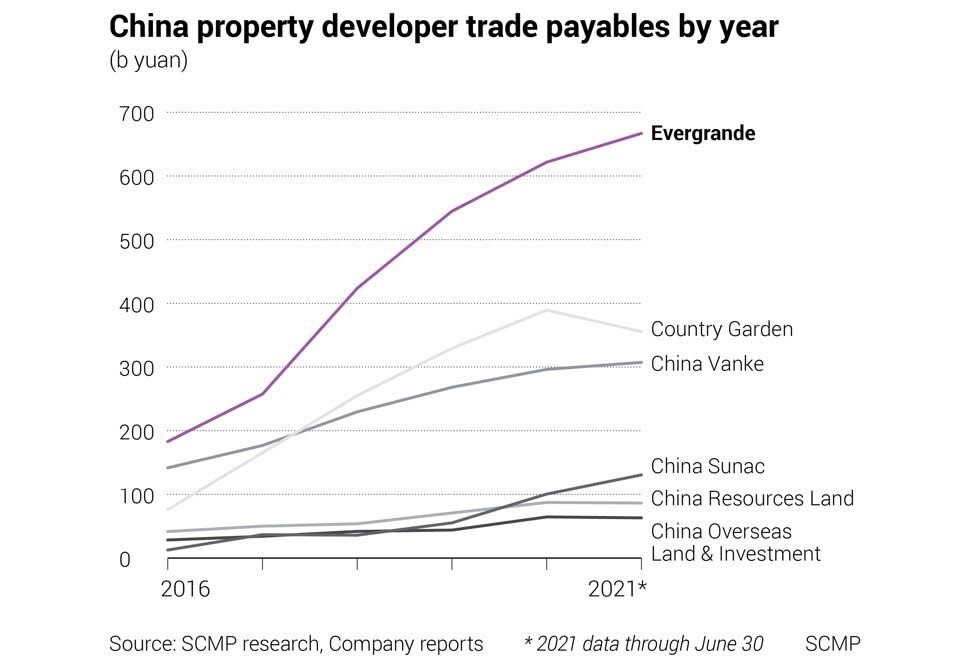