The pandemic is not over but with the help of vaccinations and Covid-19 safety precautions, Santa Claus is feeling much better about coming to town this year. Stephen Arnold, president of the International Brotherhood of Real Bearded Santas, a trade group with more than 1,800 members, appeared at only a […]

The pandemic is not over but with the help of vaccinations and Covid-19 safety precautions, Santa Claus is feeling much better about coming to town this year.

Stephen Arnold, president of the International Brotherhood of Real Bearded Santas, a trade group with more than 1,800 members, appeared at only a single tree lighting event last year. It was a frightening time, he said, particularly for a group of elderly men who are often overweight and have diabetes.

But this season, Mr. Arnold said that all five of his tree lighting ceremonies are back, including a splashy event that he loves at Graceland, Elvis Presley’s estate in Mr. Arnold’s hometown, Memphis. He plans to participate in more than 200 appearances, on par with his prepandemic schedule in 2019. At times, he may perform from inside a life-size snow globe like last year, and a sizable chunk of his events will be held virtually, but it’s a world apart from 2020.

“I think almost all of our Santas intend to work a great deal more than they did last year, and a much higher percentage, probably 65 to 70 percent of us, will return to what we consider some kind of normal schedule,” Mr. Arnold, 71, said. “I’m trying to be prepared for a season of relatively close contact.”

And so it goes as the United States enters a holiday shopping season that is much more physically present than 2020, but not quite as carefree as it was prepandemic. People are more comfortable shopping at stores, but the number who return will likely vary by geography, and the employees will typically be wearing masks.

The Macy’s Thanksgiving Day Parade was massively expanded, with more floats and a longer route, though children under 12 were not allowed to participate in the parade itself. Big chains will offer certain festivities, like Champagne bars, that were missing last year. Gift ideas and decorations will feature more prominently in stores as retailers anticipate more people browsing and planning bigger gatherings.

“There’s a lot of pent-up energy to do things,” said Marie Driscoll, managing director of luxury and fashion at Coresight Research, an advisory and research firm. “Everything old is new again.”

But hallmarks of a changed season remain. Many stores closed on Thanksgiving and holiday hours at certain malls and chains will be shortened, in part because of a national labor shortage. And many people are bracing for a dearth of products like popular toys as “supply chain issues” becomes the refrain of 2021. There are also those customers who will stay away from stores, based on new habits adopted during the pandemic or ongoing concerns about the virus, and opt to shop online or using curbside pickups.

Ms. Driscoll said that signs of precautions would likely be visible throughout stores. “Retailers are going out of their way to make everybody feel comfortable, so at your own discretion you’re wearing a mask, there will be cleansers everywhere, there are options for self-checkout to not necessarily have to queue up and wait in lines,” she said.

Make the Most of Black Friday

Black Friday is usually the best time to snag amazing deals, but stock shortages and shipping delays are complicating things this year.

The retail industry is still recovering from a plummet in store shoppers last year. In November and December 2020, foot traffic to department stores plunged more than 30 percent from the prior year, according to data from Vince Tibone, a senior analyst at Green Street, a real estate analytics firm. That picture seems to be improving, though, with department store foot traffic down 9 percent in October compared with October 2019, the data showed.

Jeff Gennette, Macy’s chief executive, said in a recent interview that foot traffic at stores had recovered significantly from 2020 but remained down about 19 percent from 2019. The decline has been “stubborn,” he said, adding that the retailer expected it to improve in 2022.

“In the Northeast and West Coast, the numbers aren’t what they have been in Texas and the Southeast,” he said in an interview. While the chain’s sales were robust compared with 2019 or 2020, he noted that it was a boost for business when customers came in to browse, especially with family and friends.

People are much more likely to make purchases when they’re at a store than while browsing the store’s website, said Meredith Darnall, senior vice president in the retail division of Brookfield Properties, which oversees more than 130 malls. “The ability to touch and see and talk to somebody about the product is real. They also have add-on sales — you come in for the T-shirt, you’re likely to buy the denim.” Adding to the appeal of in-store shopping for retailers, she said, is the fact that return rates are much higher for e-commerce purchases, especially in apparel and shoes.

Plenty of consumers seem eager to shop in person this year. The NPD Group recently surveyed more than 1,000 people about holiday traditions that they missed most in 2020 and hoped to return to this year. About 36 percent said they missed browsing retail stores, while 30 percent said they looked forward to returning to shopping in malls and the “Thanksgiving and Black Friday frenzy.”

The experience of shopping was drastically transformed last year as many people avoided lingering in stores and were discouraged from touching and testing products. Fitting rooms were closed or limited in many places. Makeup counters were not offering makeovers or samples of lipstick or perfume. Plastic partitions, hand sanitizer and reminders to socially distance peppered the landscape. Shopper events were downsized or canceled.

This week, Saks Fifth Avenue unveiled its holiday window display and 10-story-tall light show at its New York flagship store. The retailer, which took a pause from its annual tradition of shutting down Fifth Avenue for a musical performance last year, returned to it this year with a performance by the Young People’s Chorus of New York City and an appearance from Michelle Obama. About 22 Nordstrom stores will have “immersive” photo booths.

At the flagship Bloomingdale’s on 59th Street, the store is offering fewer events than the 400-plus it held in 2019, but many more than 2020, when its limited activities were held outdoors. There will be more food and drink for shoppers this season, including Champagne and cups of espresso, though they are being handled more carefully than in years past. The store hosted a performance by Bebe Rexha when it unveiled its holiday windows this month, but kept it to roughly 15 minutes and carefully managed capacity and spacing.

“If you would have talked to me in 2019, we would have had elaborate spreads with caterers coming in and passed hors d’oeuvres and Champagne flowing,” said Frank Berman, Bloomingdale’s chief marketing officer. Now, the food is more likely to be prepackaged, and events like cooking demonstrations have been smaller.

Still, he said, the retailer has been seeing a recent uptick in tourists and a growing willingness from shoppers to spend time wandering the store.

“As it relates to Covid, they’re feeling safer, and you’re seeing more of that inspirational shopping, people going to make a day of it in our store,” Mr. Berman said. “They’re moving through the store and it’s not about, ‘I need to get this item and get out.’”

There are also significant shifts in what people are buying compared to last year. Dressy clothing and luggage are popular again as people have resumed traveling and socializing. And the boom in pet adoptions has led to an explosion in clothing for dogs, which are welcome in the store, Mr. Berman said.

The imprint of technology on physical retail has never been starker. Bloomingdale’s is still offering dozens of virtual events in addition to in-store activities. Shoppers now expect the ability to see whether products are in stock before they head to stores and for associates to help mail them, free of charge, when they’re not available, Ms. Driscoll of Coresight said.

Nordstrom is among retailers using space at the front of its stores for shelves dedicated to online pickup, Ms. Darnall of Brookfield Properties said. Curbside pickup remains popular at malls and other big box stores.

As for Santa Claus, Mr. Arnold is busier than ever as virtual visits add to his in-person gigs. Some parents prefer them after last year because the experience can be more magical once Santa is prepped by parents.

“You have so much information, you become so real and have a real conversation,” he said. “Then you stop talking and solicit things from them, maybe about elves or reindeer or Mrs. Claus and what she bakes in the kitchen. Once in a while you get a hard question like, ‘Can you bring back Grandpa?’ and you try to wiggle your way out of that one.”

Still, it is a rebuilding year.

Mr. Arnold’s group, which had more than 2,000 members last year, shrank after many performers who could not or did not want to work in 2020 failed to renew their memberships. Mr. Arnold is confident in a robust return next year by the time of the International Santa Celebration event in Atlanta in April, which had been delayed by the pandemic.

“You’re going to see the majority of Santas are going to feel like they’re returning to relatively normal conditions,” he said, adding that he was prepared with his vaccine and a booster. “And most of us who are smart enough will practice safety measures.”

Fri Nov 26 , 2021
Black Friday is here. Today Best Buy is unleashing scores of specials that will continue throughout the weekend — that includes deals on popular tech gadgets, TVs, appliances, headphones, and more. We’ve scoured the circular and compiled all the best that the retailer has to offer this Black Friday. On […] 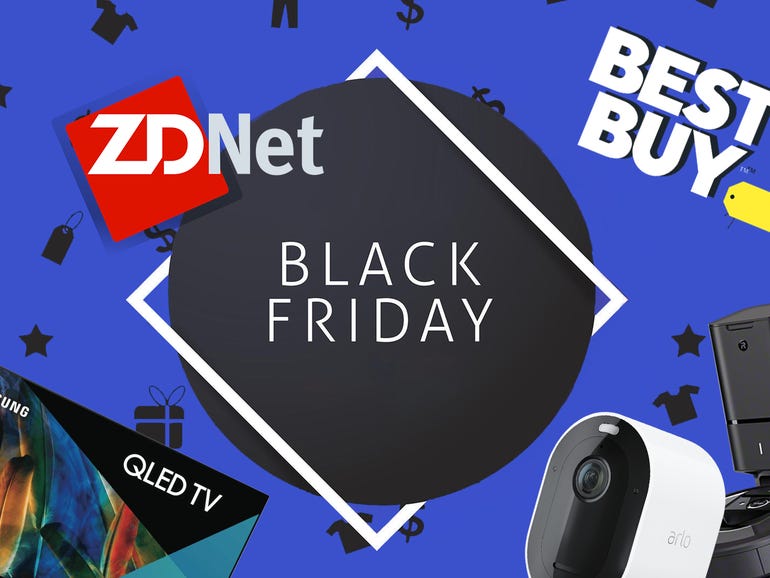