Click here to read the full article. With HBO Max having launched in May and NBCUniversal’s Peacock looking to enter living rooms in July, the number of streaming platforms for consumers to choose from continues to multiply. It can be easy to get lost in that shuffle and forget that […]

With HBO Max having launched in May and NBCUniversal’s Peacock looking to enter living rooms in July, the number of streaming platforms for consumers to choose from continues to multiply. It can be easy to get lost in that shuffle and forget that there are a vast number of films that are already available to watch online without any cost of admission at all. Services like YouTube and Tubi have quietly accrued brimming libraries with the only cost being an occasional ad break and a sturdy internet connection. These include classics that have entered the public domain, like Orson Welles’ “The Stranger” and Stanley Donen’s “Charade.” Some newer films are simply available through licensing agreements, parts of a cycle of free content to get to before they expire and are replaced by other films.

A group of strangers piles into a horse-drawn carriage and are sent wheeling across the frontier. A riveting portrait of a class system in close quarters, the film effectively made John Ford and John Wayne synonymous with the Western. Available on Tubi.

Orson Welles brings his usual showmanship directing and starring in this dizzy film noir about a Nazi fugitive embedded in American society whose past catches up with him. Available on Tubi.

Stanley Kubrick pulls no punches in this war film about an officer (Kirk Douglas) defending three soldiers against a death sentence for refusing to engage in a suicide attack. Beginning with the horrors of the trenches during World War I, the story simply moves from one death trap to another, revealing the fragility of these men under terrifying circumstances. Available on Tubi and YouTube.

Cary Grant and Audrey Hepburn are as charming as ever in this snazzy, colorful caper. The whip-smart script turns corner after corner until there’s no way to know which way is up, but it’s a joy to simply surrender to the story’s loop-de-loops. Available on Tubi.

Night of the Living Dead

With a shoestring budget and a strong dose of pessimism, George Romero invented a genre. Though audiences’ hunger for zombie stories hasn’t abated ever since, few are as vital or upsetting as this pioneer. Available on Tubi.

Tobe Hooper’s horror classic is a marvel of formal control, finding a new jarring sense of pace for each kill. The final third is front-to-back screaming and it never once falters in how terrifying it is. Available on Tubi.

An impulse to entertain shines vibrantly in every second of Rudy Ray Moore’s 1975 paean to blaxploitation, which cuts out all the boring parts of movies and deals in a joyous concentration of sex, rap and kung fu. Available on Tubi.

A ballet academy draws dancers from around the world to be torn to shreds by a coven of witches in the 1977 thriller. Through floods of color and geometric framing, Dario Argento creates a surreal and dreamlike sanctum of evil before puncturing the illusion with tactile death traps. Available on Tubi.

Filming a series of Talking Heads concerts during the band’s 1983 tour, Jonathan Demme captures the euphoria of performance and shows why the seminal new wave band captured the sound of an era. Many consider it one of the best concert documentaries of all time. Available on Tubi.

Capping off a decade dominated by high school comedies, this sharp 1989 satire exaggerates the sociopathy underlying pent-up teenage angst and draws out its nastiest potential consequences. Coming just a year after “Beetlejuice,” Winona Ryder solidified her budding stardom with the lead role. Available on Tubi.

Before she started drawing from real events for her movies, Kathryn Bigelow employed her knack for extreme tension in this psychological thriller about a rookie cop (Jamie Lee Curtis) trying to escape a stalker with a gun fetish. Available on Tubi.

Christopher Walken turns in monumental work in Abel Ferrara’s epic, which navigates an intricate economy of criminal activity while operating under the rules of a horror movie. Available on Tubi.

But I’m a Cheerleader

Natasha Lyonne stars as a cheerleader sent to a conversion therapy camp, where she falls in love with another girl. Balancing colorful design, tender drama and absurd humor, the film possesses an authenticity that can be somewhat rare for romantic comedies. Available on Tubi and YouTube.

Christopher Nolan made his mark with this tricky noir about a man with a form of short-term memory loss dedicated to finding his wife’s killer. Introducing viewers to the detective’s elaborate system of documenting clues, the self-defeating and tragic limitations of his investigation quickly begin to reveal themselves. Available on Tubi and YouTube.

Will Smith gives a career-best performance as Muhammad Ali in Michael Mann’s unconventional biopic of the legendary boxer, which focuses on the athlete figuring out how to deploy the political ammunition that comes with celebrity in between spectacular scenes of him fighting the ring. Available on Tubi.

Before he won best picture for “Parasite,” Bong Joon-ho debuted his exquisite visual style and pitch-black sense of humor with this dark comedy about a down-on-his-luck professor who begins to kidnap and kill the yapping dogs that live in his apartment complex. Available on Tubi.

A totalitarian regime isolates a group of high schoolers on an island for a game of last man standing. Kinji Fukasaku hones his trademark nihilism here, but applying it to teenage melodrama yields a uniquely upsetting but poignant thriller from the Japanese director. Available on Tubi.

Writer-director Richard Kelly debuted with this deeply felt portrait of a teenager wanting to escape from his suburban home’s hypocrisy and cruelty, resulting in a cult classic that’s beloved for its music, creepy symbolism and Jake Gyllenhaal’s performance. Available on Tubi.

Catch Me If You Can

Based on of a true story, Leonardo DiCaprio plays a 19 year-old grifter who impersonates a Pan Am pilot, a doctor and a lawyer to get whatever he wants, all while staying two steps ahead of the curmudgeonly fed hot on his tail (Tom Hanks). It’s among Steven Spielberg’s top films, with the director using his skill for childlike wonder to make a swift but somber caper about how hard it is to grow up. Available on Tubi.

This wickedly funny satire follows a group of young jihadis determined to be suicide bombers, unable to stop bickering over how to best concoct explosives, skirt around law enforcement and even what the target of their attack should be. Available on Tubi and YouTube.

Plenty of Westerns have been made about how hard life was on the frontier, but Kelly Reichardt’s parable stands above the pack for its dusty compositions, eye for behavior and patient but devastating decline into desperation. Available on Tubi.

Few directors can navigate a colorful ensemble as effectively as Richard Linklater. This portrait of a small Texan town’s willful ignorance of a homicide is one of his prickliest films, filled with local lingo and honing the inherent likability of Jack Black to delightful and disturbing ends. Available on Tubi and YouTube.

Hong Kong director Johnnie To crafts a slick crime thriller with a sick sense of humor. The final 20 minutes feature one of the great firefights ever put to film. Available on Tubi and YouTube.

Former mixed martial artist Gina Carano stars as a spy who’s thrown into a web of espionage and male movie stars – from Channing Tatum to Michael Fassbender – that she must fight her way out of. The action scenes are particularly brutal, as the highly tactical nature of the combat is smartly matched to director Steven Soderbergh’s taut form. Available on Tubi.

The Look of Silence

After examining the utter lack of remorse from the participants of Indonesian genocide in 2012’s “The Act of Killing,” Joshua Oppenheimer returned to the country to chronicle the victims of the incident in this confrontational and haunting documentary. Available on Tubi.

Laura Poitras spins a thriller out of real events, documenting Edward Snowden’s whistleblowing on the U.S. government’s practice of spying on its own citizens and his subsequent flight from the country, all as it actually happens. Available on Tubi and YouTube.

Hou Hsiao-hsien’s drop-dead gorgeous wuxia boils the classic genre down to its most essential qualities while making its textures feel disarming and new. Available on Tubi.

This Korean zombie flick plays all the hits of the genre: a misanthropic businessman only in it to save himself, an absentee parent now forced to protect their daughter, a pregnant woman trying to save her future child, and many more. If you’ve seen a zombie movie, you’ve seen these characters before. But have you seen them try to survive an outbreak on a train? The tight corridors and dark tunnels amp up the intensity and make all the old tropes feel fresh. Available on Tubi. 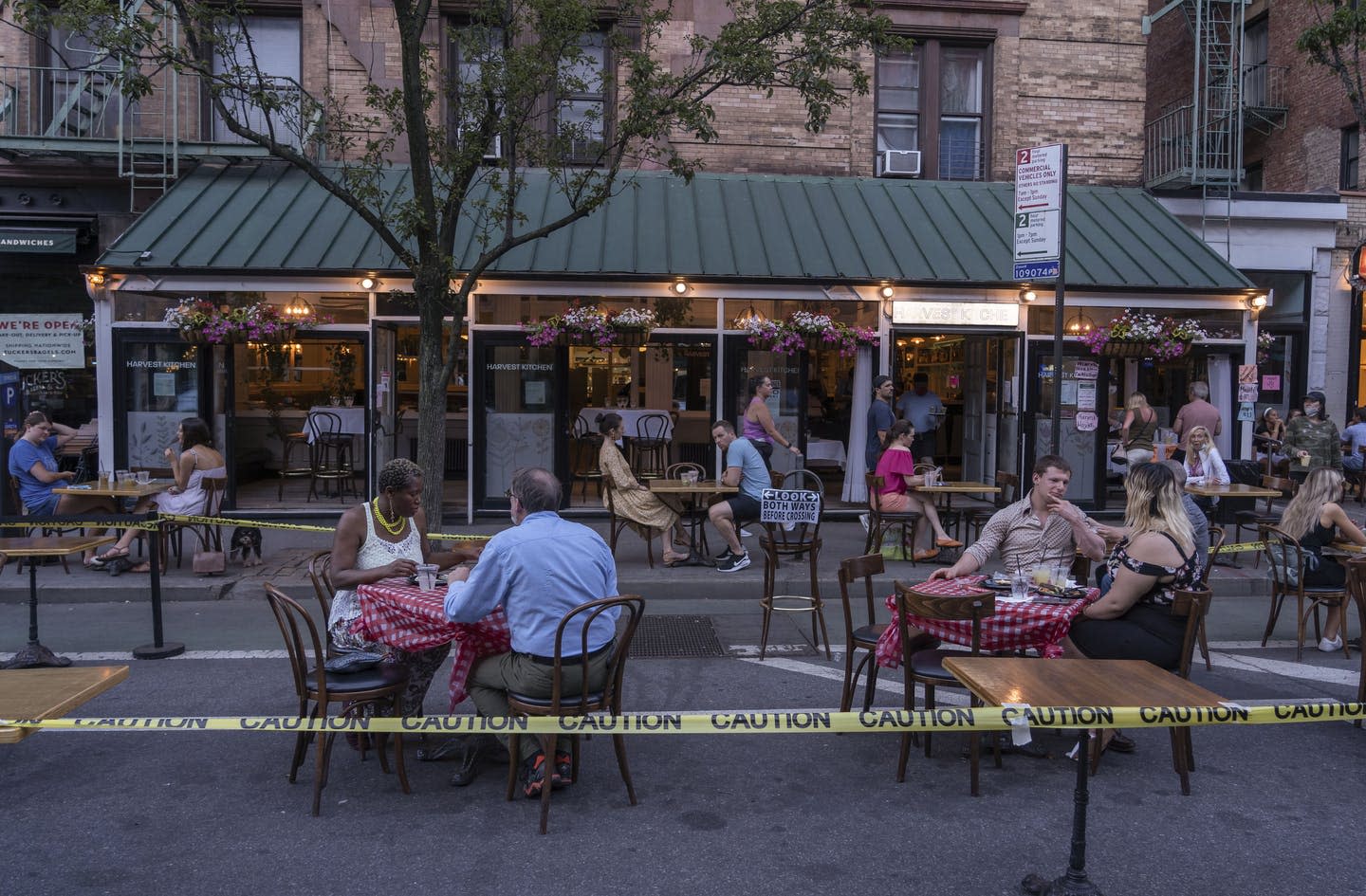