For more than 10 years, Food52 has brought James Beard award-winning recipes to the web, sold New York Times best-selling cookbooks, and grown an online community of foodies to more than 16 million people. Needless to say, this company knows its way around a kitchen—even better than you do after six months of cooking at home. That’s why […]

For more than 10 years, Food52 has brought James Beard award-winning recipes to the web, sold New York Times best-selling cookbooks, and grown an online community of foodies to more than 16 million people. Needless to say, this company knows its way around a kitchen—even better than you do after six months of cooking at home.

That’s why we reached out to Amanda Hesser, cofounder and CEO of the innovative company, for inspiration and guidance as a new stay-at-home season (a holiday one, at that) awaits us. “The pandemic underlined how vital home cooking is as a source of both sustenance and comfort,” she says. “And it has forced us to adapt to a new landscape of grocery shopping and cooking all the time. People have had to try new things and figure out how to make the most of what they have on hand. Some home cooks have embraced this with gusto, which is why we’re still seeing a wave of trends like bread baking.”

Sourdough starters were just the beginning. Hesser believes that this moment marks a true cultural shift: Americans are genuinely interested in learning how to feed ourselves better for the long haul. So how to make the kitchen updates you need to embrace a fall and winter of cozy, homemade meals? Hesser recommends first getting your hands on all the zucchini, peppers, and eggplant you can before the season ends so you can make ratatouille. (It freezes well!) Then, consider investing in these six kitchen tools that can make a big difference.

Staub x Food52 Enameled Cast-Iron Braising Pan
“This is a year-round lifesaver, and it comes in handy especially in the fall because you can use it for everything from roasting chicken to making a vegetable gratin to braising short ribs,” Hesser says. This Swiss Army Knife of a pot is heritage quality. That means a lifetime of delicious, cozy one-pot meals.

Five Two Wooden Spoons
Spoons are underrated: You might not understand the value of a great wooden spoon until you’ve scratched the bottom of your favorite saucepan with a metal utensil. (Not that I’m speaking from experience or anything.) “Great-quality wooden spoons are worth the splurge,” Hesser says. “Having a go-to cooking utensil that feels good in your hand is—to me—essential to the pleasure of cooking.” These five spoons from Food52’s in-house brand have extra thoughtful design details: Each has a flattened scraping edge so you can scoop into every nook of a jar or pot, and they are made from teak—a water-resistant wood that is used on boats.

Microplane Master Series Graters
I dare you to watch this video of Microplane’s graters at work and not want to buy one. Seeing these things in action is simply satisfying. Microplane makes the best graters, hands down. “And now that we’re entering the season of pastas and baked dishes—naturally topped with lots of grated cheese—you’ve got a perfect excuse to upgrade your graters,” Hesser says.

Dreamfarm Ortwo Pepper Grinder
“I’m obsessed with this grinder because you can adjust the grind and it grinds incredibly quickly and efficiently,” Hesser says. “Also, it’s cleverly designed with an easy-to-refill jar that twists on and off.” That means you can get back-up jars and fill them with other spices, so it’s not just a pepper grinder as the name suggests, but a universal spice grinder.

Five Two Compostable Sponge Cloths
“These sponges wipe up counters better than any I’ve ever used, and I love that they’re compostable,” Hesser says. “Anything you can do to cut down on waste in the kitchen is a win in my book.” This pack comes with 10 clothes, which are a clever cross between a paper towel and a sponge—giving them that extra oomph for cleanup.

Five Two Bamboo Cutting Board
This was the first item in Five Two’s own product line, and it’s made its way into the Recommender several times, thanks to its incredible design. It’s not often you find a true upgrade to the classic wooden cutting board. “It’s multipurpose—cutting board on one side, carving board on the other,” Hesser explains. “There’s a slot to hold your phone so you can read your recipe as you chop. And there’s a great, deep juice groove and pour spout on the carving board side, so you won’t have spills on your countertop!”

Looking for more recommendations? Check out our other handpicked suggestions.

Fast Company may receive revenue for some links to products on our site.

Fri Oct 9 , 2020
By Francesco Canepa and Tom Wilson FRANKFURT/LONDON (Reuters) – The world’s largest central banks — and even some of the smaller ones — are toying with the idea of issuing digital currencies. These would allow holders to make payments via the internet and possibly even offline, competing with existing means […] 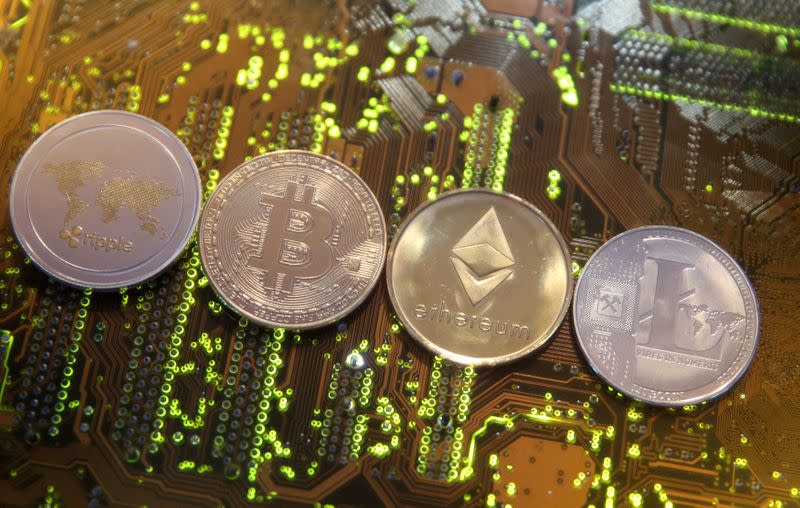