Taylor Swift’s winning streak continues.  The red-hot pop star’s “Folklore” debuted atop the Billboard charts, according to data released Sunday. It’s her seventh album to debut at No. 1, following in the footsteps of “Lover,” “Reputation,” “1989,”  “Red,” “Speak Now” and “Fearless.” “Folklore” racked up 846,000 equivalent album units for the week […]

Swift, 30, surprised fans by announcing “Folklore” on Twitter just hours before its release. Reviews have been extremely positive. USA TODAY’s Patrick Ryan called it her “most introspective and emotionally raw album yet.”

The album brims with vivid imagery, as Swift likens herself to a favorite sweater on “Cardigan” and a “Mirrorball” that will “show you every version of yourself tonight.” Album standout “Invisible String” is perhaps the prettiest love song in Swift’s entire catalog, but is not without her biting wit: “Cold was the steel of my ax to grind for the boys who broke my heart / Now I send their babies presents.”

Review: ‘Folklore’ is the album Taylor Swift was born to make

“Folklore” hasn’t been without controversy though. Swift publicly apologized after she was accused of copying a merchandise logo from a Black designer. She also pledged to make donations to the designer’s company and to the Black in Fashion Council.

Amira Rasool, founder of the online retailer The Folklore, which sells “Africa and the diaspora’s top contemporary designer brands,” accused the singer of copying her company’s logo.

In a statement shared with USA TODAY Friday by representative Tree Paine, Swift’s team detailed the actions taken after the complaint.

“In good faith, we honored her request and immediately notified everyone who had ordered merchandise with the word ‘the’ preceding ‘folklore album’ that they will now receive their order with the design change.”

This article originally appeared on USA TODAY: Taylor Swift: ‘Folklore’ is her seventh No. 1 debut on Billboard chart

B Michael, Tired of Platitudes

Mon Aug 3 , 2020
B Michael has dressed celebrities from Cicely Tyson to Beyoncé to Brandy. He and his business and life partner, Mark-Anthony Edwards, run their luxury fashion business from a base in what used to be Manhattan’s Garment Center, before wanderlust and ever-escalating rents caused the exodus of so many fashion companies from […] 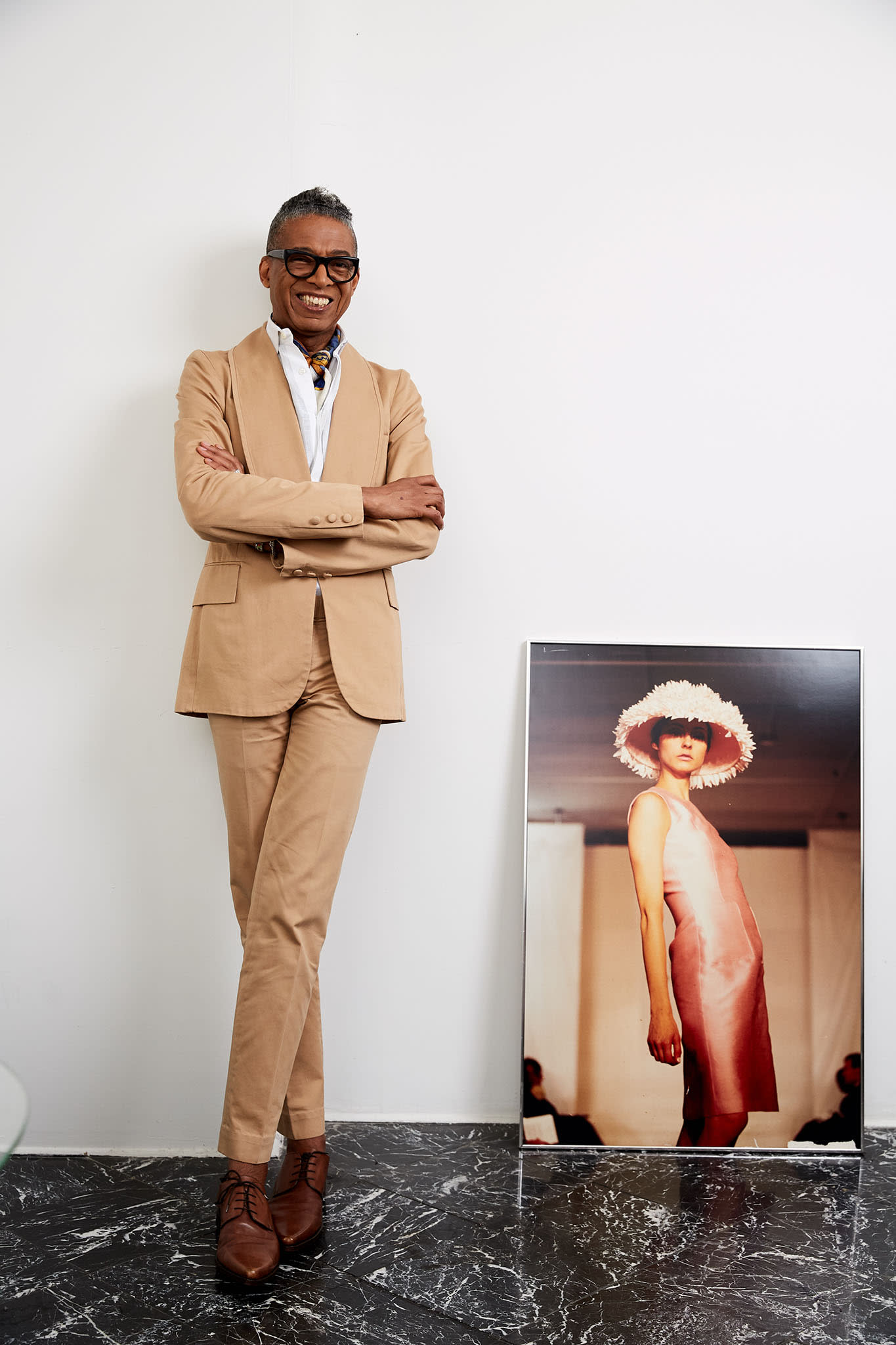