From Seventeen The cardigan sweater from Taylor Swift’s “Cardigan” music video is available for purchase online. Recently, though, Taylor got called out because the logo on the sweater looks a lot like one used by a Black-owned business. Taylor’s team has since responded and changed the sweater’s logo. When Taylor […]

When Taylor Swift announced that the cozy af looking sweater from her “Cardigan” music video was actually available for purchase, Swifties everywhere couldn’t pull out their credit cards fast enough. On Friday, though, founder of online retail store, The Folklore, Amira Rasool, pointed out that the logo on the sweater looked very familiar.

“This morning, it came to my attention that musician #TaylorSwift is selling merchandise to go along with her new album ‘Folklore,'” Amira wrote on Instagram. “She is currently selling merchandise with the words ‘The Folklore’ printed on them. Based on the similarities of the design, I believe the designer of the merch ripped off my company’s logo.”

Amira then shared a side-by-side of the sweater and her company’s logo, showing that the two definitely have similarities. “I am not going to let this blatant theft go unchecked,” she wrote.

“It’s just very hard to believe that [Swift’s team] didn’t come across it,” Amira told In Style. “And if they did come across it—which I believe they did—for them to model Taylor’s merchandise on our logo, especially having seen what our company is about, is especially disheartening to me.”

Amira continued, saying, “I had people who asked me, ‘Oh, did you collaborate with Taylor on these?’ They just assumed that it was a collaboration because of how similar the logos are.”

Amira responded to the statement, commending Taylor’s team for their action. “An update: Thank you for everyone’s support, I have read all of your messages and I truly appreciate them,” she wrote on Instagram. “Taylor Swift’s team took a great first step by removing ‘the; from all of the merchandise. We are in conversation with her team about the necessary next steps to make this situation right.”

The change can be seen on the Taylor’s merch site, where the ‘the’ has been removed from the sweater.

Taylor Swift herself has not commented on the incident.

If our reality is a video game, does that solve the problem of evil?

Thu Jul 30 , 2020
Shutterstock/kmls Pandemics and natural disasters cause pain and suffering to millions worldwide and can challenge the very foundations of human belief systems. They can be particularly challenging for those who believe in an all-knowing and righteous God. The Lisbon earthquake of 1755, for example, shook the previously unquestioned faith of […] 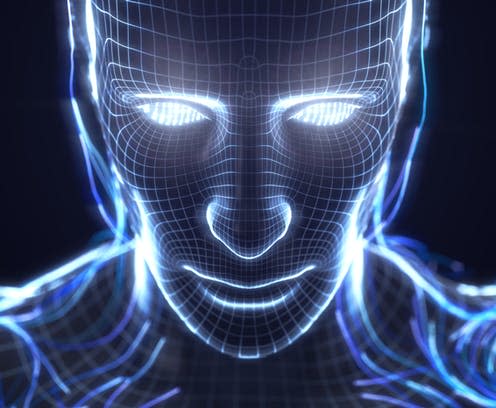