The Southwest Colorado Accelerator Program for Entrepreneurs, like many events around Durango, reinvented itself for 2020 to deal with restrictions required by the COVID-19 pandemic.

Eight companies, some participating for the second time, were chosen to participate in the program that provides education, mentoring and financing for startup and young companies in Southwest Colorado that hold the potential of growing and bringing in new jobs to the region by exporting their products and services across the country, even the world.

Participating companies have traditionally unveiled their pitch for financing during a banquet that included financing pitches, but with the problematic pathogen still banning meeting of more than 10 people, SCAPE unveiled its eight companies via video investment pitches made on SCAPE’s website.

Elizabeth Marsh, director of SCAPE, said in some ways the 2020 format adds some convenience to investors, who can view the pitches on their own schedules and rewatch interesting portions.

Here is a summary of investment pitches made by the seven small, upstart firms chosen for the 2020 SCAPE Class:

The firm currently makes a small pouch for keeping food, medicine or other items cold during long hikes, or conversely, warm when it’s cold outside and you don’t want items to freeze. The firm also makes cellphone case to protect batteries of cellphones or other electric items from freezing and losing their charge.

The products use Aerogel insulation with airtight zippers in the making of ultralight, ultra-insulating mini-coolers that are waterproof, flexible and don’t loose insulating value when compressed.

Rosenberg expects to begin selling his products during the second quarter of 2021, mainly direct to consumer from the Cold Case Gear website. He expects to sell 4,000 pouches and 5,000 cellphone cases in the quarter and intends to introduce a third product in 2022 and began taking on wholesale accounts.

“I had an ah-ha moment that I couldn’t get out of my head, and I decided to buy some insulation and do a proof of concept,” Rosenberg said. “If it didn’t work, then I could get on with my life. But if it did work then I knew I was on to something.”

EsoTerra CiderworksEsoTerra Ciderworks, founded by Jared Scott and Elizabeth Philbrick, looks to take advantage of Montezuma and La Plata counties’ long history of apple growing that dates to the late 19th century, to create artisan, craft hard cider out of the old Mountain Juice factory it recently moved into in Dolores.

EsoTerra Cider, owners Elizabeth Philbrick and Jared Scott, based in Dolores, pour samples and talk about their craft, premium artisan hard ciders from unique, heirloom apple varieties from orchards in Southwest Colorado during the seventh annual SCAPE Startup Showcase and Investor Social held in September 2019 at the Fort Lewis College Ballroom. This year’s SCAPE Showcase was presented through videos available on the organization’s website.

EsoTerra Cider, owners Elizabeth Philbrick and Jared Scott, based in Dolores, pour samples and talk about their craft, premium artisan hard ciders from unique, heirloom apple varieties from orchards in Southwest Colorado during the seventh annual SCAPE Startup Showcase and Investor Social held in September 2019 at the Fort Lewis College Ballroom. This year’s SCAPE Showcase was presented through videos available on the organization’s website.

A glass of Crimson Gold hard cider is shown at EsoTerra Ciderworks. EsoTerra, a Dolores cider maker, recently opened its tasting room and is participating in the 2020 Class of the Southwest Colorado Accelerator Program.

A glass of Crimson Gold hard cider is shown at EsoTerra Ciderworks. EsoTerra, a Dolores cider maker, recently opened its tasting room and is participating in the 2020 Class of the Southwest Colorado Accelerator Program.

Many Southwest Colorado orchards are now unkempt and undermaintained after commercial agriculture in the early and mid-20th century decimated the market for local apples.

Philbrick said Southwest Colorado’s legacy apple orchards give the region Colorado’s most diverse and densest concentration of apple trees. The Montezuma Orchard Restoration Project has inventoried 6,000 apple trees in Southwest Colorado, many of them originally planted to grow fruit for hard cider, and she said only 10% of regional apples make it to market and only 3% goes to existing cideries.

Her estimate is $6.5 million in fruit is falling to the ground and rotting, and she believes EsoTerra can lead a revolution in the small, local apple economy.

“Our solution is simple: Couple the existing local apple supply with the market potential of hard cider then leverage our company’s close proximity to the apples to create a highly profitable, premium hard cider,” she said.

The company has $157,500 worth of cider in its tanks now and expects to make $45 profit per gallon of cider.

Impact FendersLike EsoTerra Ciderworks, Impact Fenders, which has updated the design and performance of dock bumpers and boat fenders, was also part of last year’s SCAPE class. The firm was started in 2017 by Courtney Gates and Brian Slaughter.

Impact is currently expanding into 1,500 square-feet of new space in its manufacturing facility on Animas View Drive.

Impact Fenders makes all of its products in Durango using modern materials, new technology and a patent-pending design to fabricate marine bumpers and fenders that have flat surfaces, are stackable, are easier to store and are more functional by not rolling off on impact.

In addition, the bumpers and fenders can be used as cushions, and in 2021, are slated to receive the U.S. Coast Guard’s Type 4 throwable flotation device required on boats 16 feet or bigger.

The company has generated $220,000 in revenue in 1½years and has an order for 1,800 dock bumpers from Dock Tech and 300 private label boat fenders orders from MasterCraft for sale in Kentucky.

The firm is currently looking to hire three to four new employees to scale its manufacturing as it grows to a projected value of $10 million by 2025.

Impact seeks an investment of $350,000 to match an equal investment last year. The investment will be used to hire new employees, ramp up production and to expand sales networks.

“Water sports have evolved but the equipment we use to protect our boats have not,” Gates said.

Local News Network Durango, fairly familiar to fans at Serious Texas Bar-B-Q as they wait for their ribs, is seen as a model replicable in as many as 3,000 counties across the country that have already lost their local newspaper.

LNN charges affiliates, which produce videos local a one time $25,000 initiation fee to establish its territory and to develop a news brand and 25% of royalties of affiliates’ advertising revenues. Affiliates are responsible for editorial content of videos and selling advertising in their markets.

Affiliates are currently online in Durango, Montezuma County, Pagosa Springs and Telluride, and LNN would like to expand to 54 affiliates in three years.

“Our secret sauce is pushing out directly into the community with a proprietary digital out-of-home network,” Sigillito said. “Businesses such as restaurants, sports clubs, grocery stores that have some sort of queue or dwell time, their customers naturally become our captive audience.”

McKee uses carbon fiber material to build a lighter pedal than those made of aluminum that are especially easy to replace damaged traction pins, a particular problem with mountain bikers who lose traction on rides and now can easily fix broken pins.

Injection molding is used in manufacturing, – making the process affordable and repeatable.

In 2018 and 2019, McKee had mountain bikers around La Plata County testing his prototypes, and this year, his pedals are in advanced beta testing.

Pedals will sell for $119, well below competitors’ prices: Deity TMac pedals sell for $169 and Crankbrothers Stamp 11 sell for $300.

McKee plans to sell 1,075 pedals his first year of sales, and by the end of year five, he plans to be selling 4,000 pedals principally using a direct-to-consumer website with some wholesale distribution to selected bike shops.

In the second year of sales, Tectonic plans to introduce a clipless pedal.

Tectonic seeks to raise $150,000 in investment capital that will be used for product development, a marketing campaign, business operations and a patent application.

“Our unique feature is dual-sided traction pins you can strap on either side of the pedal and secure with a bolt from the side,” McKee said. “They ensure all threaded parts are fully replaceable.”

Timber Age CEO Kyle Hanson believes use of beetle-killed ponderosa pine to make cross laminated timber panels can help deal with widespread stands of dead trees in the San Juan National Forest, bring back a small-scale regional lumber industry to Southwest Colorado. Timber Age is one of seven startup and young companies participating in the 2020 Class of the Southwest Colorado Accelerator Program for Entrepreneurs.

Timber Age CEO Kyle Hanson believes use of beetle-killed ponderosa pine to make cross laminated timber panels can help deal with widespread stands of dead trees in the San Juan National Forest, bring back a small-scale regional lumber industry to Southwest Colorado. Timber Age is one of seven startup and young companies participating in the 2020 Class of the Southwest Colorado Accelerator Program for Entrepreneurs.

Timber AgeRocky Mountain communities like Durango have access to local wood resources, but 90% of wood used in Colorado comes from outside the state, a situation Timber Age CEO Kyle Hanson and co-founder Andrew Hawk want to change.

Timber Age will use off-site manufacturing to build cross-laminated wood panels for walls, floors and ceilings in a recently completed buildout of a local manufacturing facility that can produce four ready-to-install wall systems per day.

Hawk said with innovation and additional team members, Timber Age can increase production by 300% all within the same footprint of the current manufacturing plant.

From a base in Durango, Hanson said Timber Age plans to establish additional manufacturing sites in other Western Slope communities that are growing and experiencing high building costs like Durango.

Cross-laminated wood panels are put together by gluing alternate layers of wood that increase strength, stiffness and straightness compared to traditional stick-framed construction.

Timber Age seeks an investment of $250,000 that would be used for hiring employees, research and development, industry certification of cross-laminated panels, increased production capacity and increased milling capacity.

“Keeping the working circle of raw material to final installation small is the strategic advantage of our operating system,” Hanson said.

Clarissa Feuilly, office manager with the 22nd Judicial District, oversaw grant applications for the Victim Services Unit, and realized her father, who had served as a victim’s advocate in La Plata County and had more than 20 years experience writing computer programs was the perfect person to help her build better software.

“Knowing he could write a database and had experienced this very same frustration, I knew he could help resolve my problem,” she said.

It is generating $500,000 in recurring revenue annually. Clarissa Feuilly said 85% of the growth has occurred in the last three years.

Victim Services Tracking believes its software can easily be adopted for use by homeless shelters, foster care agencies, nonprofits serving children, senior centers and senior nursing care facilities in addition to its core use among victim service units across the country. Victim Services Tracking estimates the market for software tracking data from these agencies is a $294.31 million market.

In addition, Victim Services Tracking is developing crime tracking software for law enforcement agencies, a market estimated to be $305.35 million.

Clarissa Feuilly said the firm’s law enforcement software is in beta testing with the fourth largest law enforcement agency in the United States, a contract that would be worth more than $150,000 annually from this one client.

Tue Oct 6 , 2020
In an effort to help you make informed decisions during the General Election, ABC Action News has reached out to dozens of candidates running for office. The following statements have been submitted to ABC Action News by the candidate. Every candidate was given the same set of questions. These are […] 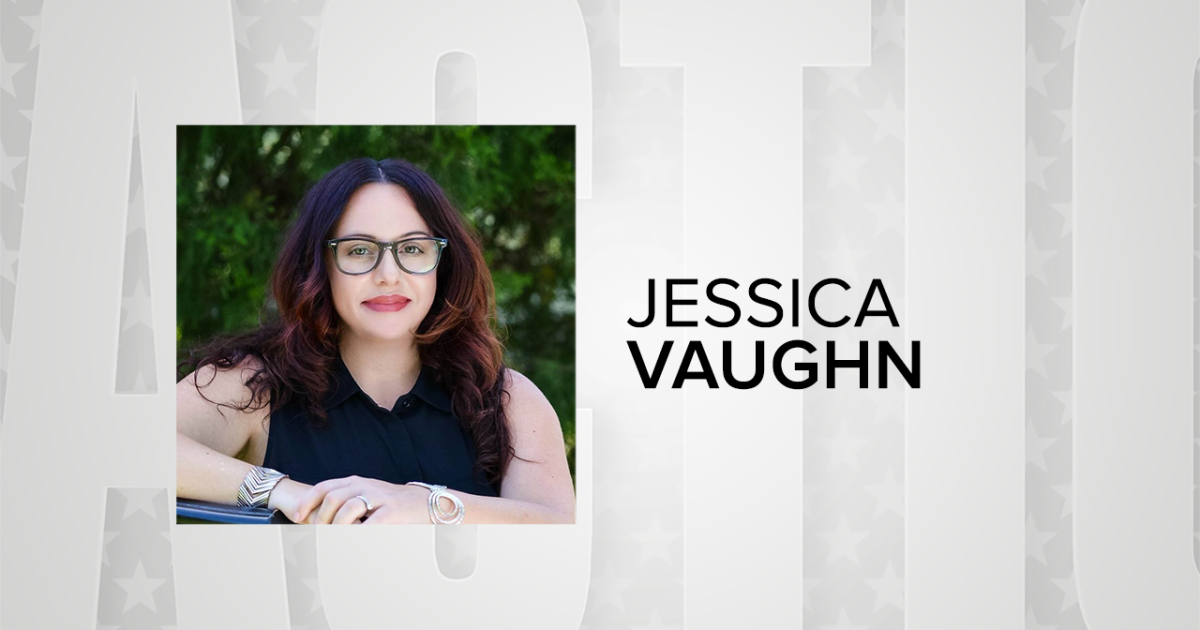