Every year, Southern Living magazine chooses a home in a southern city to showcase interior design and home style ideas. Dubbed the Idea House, the home is featured in a special issue and opened to the public for tours. This year, for the first time ever, the selected abode is […]

Every year, Southern Living magazine chooses a home in a southern city to showcase interior design and home style ideas. Dubbed the Idea House, the home is featured in a special issue and opened to the public for tours. This year, for the first time ever, the selected abode is right here in the Bluegrass State.

“We’re members of their Southern Living Custom Builder Program,” explained Jimmy King, co-owner of Artisan Signature Homes in Prospect. “They handpick about 100 builders (from) all over the country, (and) we’ve been members of that for about 15 years. We’ve lobbied for them to have the Idea House come to Louisville for years. … They finally called and said, ‘We think we’re ready to come to Kentucky. We want to do it.’”

Atlanta-based architect Brandon Ingram drew inspiration from historical architecture around the south and coastal New England to design the colonial Greek revival-style cottage that is the 2021 Idea House. Built by Artisan Signature Homes in The Breakers at Prospect, the home boasts four bedrooms, four bathrooms, and two powder rooms in a 5,170-square-foot plan dubbed ‘Riverbend’ by Southern Living.

King adds that the core Idea House team also included Nashville interior designer Sarah Bartholomew and local landscape architect Josh Meyers. “We all kind of came together across multiple (weekly) Zoom calls, just to get the level of detail right,” he said. “Our goal was to make sure we position this house in a way … to really capitalize on the river views.”

Home of the Week: Ranch-style home in Middletown gets top-to-bottom renovation and upgrade. Take a peek

Set on one of the limited, premium lots in the neighborhood, the home offers a sweeping view of the Ohio River. The room in the house that offers the best vantage point is also King’s favorite.

“The upstairs room going out to the second-floor porch,” he described, “when you walk up those steps and then you look left, and you just look at that view and that room that’s wide open with the beautiful beams. … You’ve got the French doors, and you’ve got that second-floor porch that looks out (to) sweeping views of the Ohio River. That’s probably my favorite room.”

“(The) lot goes out to the four-board fence out there,” King told the Courier Journal, “and right behind it is a nature preserve, so it’ll never be built on. That’s (the) view for life.”

In addition to an amazing view, the backyard also features an outdoor kitchen, a pavilion, and a doghouse that looks like a mini version of the actual home. There’s even a swing hanging from a 125-year-old oak tree.

Inside, multiple hidden doors blend right in with the walls, as does a hidden desk built into the bookcase in the library. The room itself is set up in such a way that it can be used for studying, working, or having an intimate gathering with a few friends. It’s a flexible space, much like the green-colored studio on the opposite side of the house.

“(It’s) nothing more than a multifunction room,” King said, adding that the inclusion of the space was a result of the current climate. With more people working from home and blurring the lines between business and family life, a multipurpose room in a central location simply made sense. “You can go in and do Zoom calls, the kids can go in, there’s lockers in there, (and) a desk. It’s really a fantastic room, right off the kitchen.”

Every aspect of the Idea House was well thought out and executed with intention, from the detailed trim work and paneling to the hand-painted flooring and lack of gutters.

He adds that tourgoers often can’t fathom the amount of detail that can be seen throughout the home, and he urges visitors to take their time to really appreciate these unique elements.

Home of the Week: ‘502 Beach House’: This custom-built modern farmhouse-style home is a beach lovers dream

“I would tell (people) to pay close attention to all the detail of the trim work,” he said. “It’s all hand brushed to give it that old kind of feel and look. That was the goal: to have a timeless design and an old feel, and new construction.”

WHAT: Every year since the early 1980s, Southern Living magazine has selected a house in a southern city to showcase interior design and home style ideas. Its editors team up with sponsors, builders, architects, designers, subcontractors, and developers to create timeless, family homes in the south. This is the first year that the Idea House was built in Kentucky, and it is open for public tours.

TICKETS: Tickets are $25 and may be purchased online at ideahouseky.com. Tickets are required for persons ages 15 years or older. Each ticket is nonrefundable and valid for one visit through Dec. 19, 2021. A portion of each ticket is donated between Gilda’s Club and the LEE Initiative.

Thu Dec 2 , 2021
Bonsai trees are an attractive choice to decorate for a tabletop holiday tree. This one, a red powderpuff, comes with a few decorations in the form of flowers. Is the thought of putting up a giant Christmas tree daunting? Are there more tasks in the day than hours? Are you […] 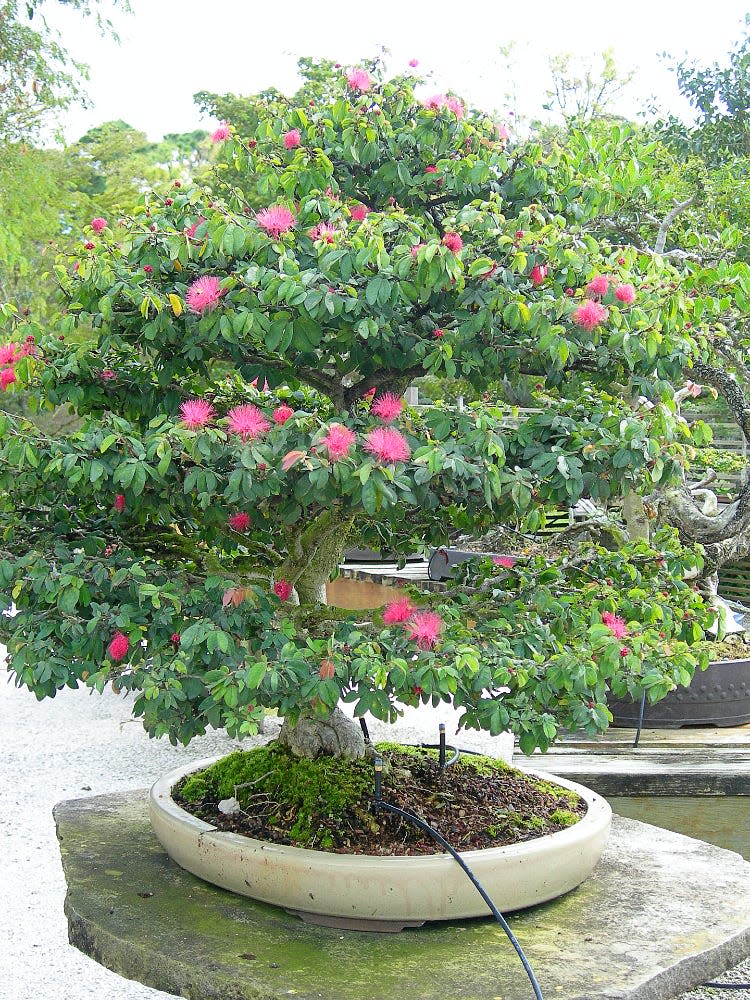