Some wandering thoughts from a wondering mind… (I’ve heard there’s a book out there with that title that makes for interesting reading, and could make a good Christmas gift.) Speaking of Christmas, I’m glad folks waited to put up their Christmas decorations until after the holiday. It’s good that a […]

Some wandering thoughts from a wondering mind… (I’ve heard there’s a book out there with that title that makes for interesting reading, and could make a good Christmas gift.)

Speaking of Christmas, I’m glad folks waited to put up their Christmas decorations until after the holiday. It’s good that a holiday like Halloween isn’t overlooked because of the push for Christmas. Sorry, Thanksgiving, it looks like you’ve lost that battle.

This past Tuesday, in an effort to combat the rising gas and fuel oil prices, the Biden administration ordered the release of 50 million gallons of crude oil from the Strategic Petroleum Reserve. The truth is that this will have little overall effect on prices, as the 50 million gallons of crude processes out to about the amount of fuel Americans use in a couple of days. But it does look good politically. By the way, this has been done twice, after Hurricane Katrina and during the Libyan oil embargo. And within a year, gas prices were actually higher in both cases than prior to the release of the crude oil.

One night, a few weeks ago, while driving back to Clinton, I was in a line of several cars following an obviously impaired driver. The driver was dangerously weaving and driving very slow. After following for about a mile, I phoned 911. The 911 operator got my information. Just as we came into Clinton, a highway patrol car sped by me and pulled the car over. I continued on home, not knowing what happened.

About 30 minutes later, I received a phone call from the Clinton Police Department. The officer thanked me for making the 911 call. The officer stated the driver was impaired, and could have really caused great harm to others and themselves. I appreciate the officer taking the time to make the call. Don’t be reluctant to make a 911 call if you see a potential dangerous situation. You could possibly save someone’s life.

I’ve had my COVID vaccine shots, and have now had my booster shot. (Yes, I’m that old.) I think it is a wise choice for me. And generally, I think it is a wise choice for adults. But I am not comfortable with government mandates, or government forcing companies to mandate vaccination for employees. But, if a company, for their own reasons, requires their employees to be vaccinated, it is their choice. It is free enterprise, and the employee is also free to decide about their employment. But I still think it is good for folks to get vaccinated, and good for those around them.

I’m old enough to remember the last round of major inflation in the U.S, back around 1980. I even had a home loan at a 12% interest rate. (It was one of a few not so smart choices I made during that time.) It looks like inflation is back again, as can be easily seen with the prices at the gas pump or the grocery store. And it’s not just because of a COVID hangover or a supply chain problem, as many in Washington will try to tell you. U.S. government spending and debt is a main driver of inflation, and the debt will only grow larger with the new spending programs passed and projected to be passed by Congress.

Finally, it seems like Thanksgiving is now overshadowed by the Christmas season. But it shouldn’t be overlooked. I hope you, if you haven’t already, take some time this weekend to pause and give thanks. You do have something to be thankful for. We all do. Remember, we could be complaining about hospital food.

Mac McPhail, raised in Sampson County, lives in Clinton. McPhail’s new book, “Wandering Thoughts from a Wondering Mind,” a collection of his favorite columns, is available for purchase at the Sampson Independent office, online on Amazon, or by contacting McPhail at [email protected]

Want to see holiday lights now? Here’s where and when you can find the best displays in Massachusetts

Sat Nov 27 , 2021
With Thanksgiving over, holiday light displays across Massachusetts are open, or soon opening, with many offering walking or drive-through visits to make social distancing easier. Bright Nights Among them is one of the nation’s best. Bright Nights at Forest Park in Springfield, in its 27th year running, features more than […] 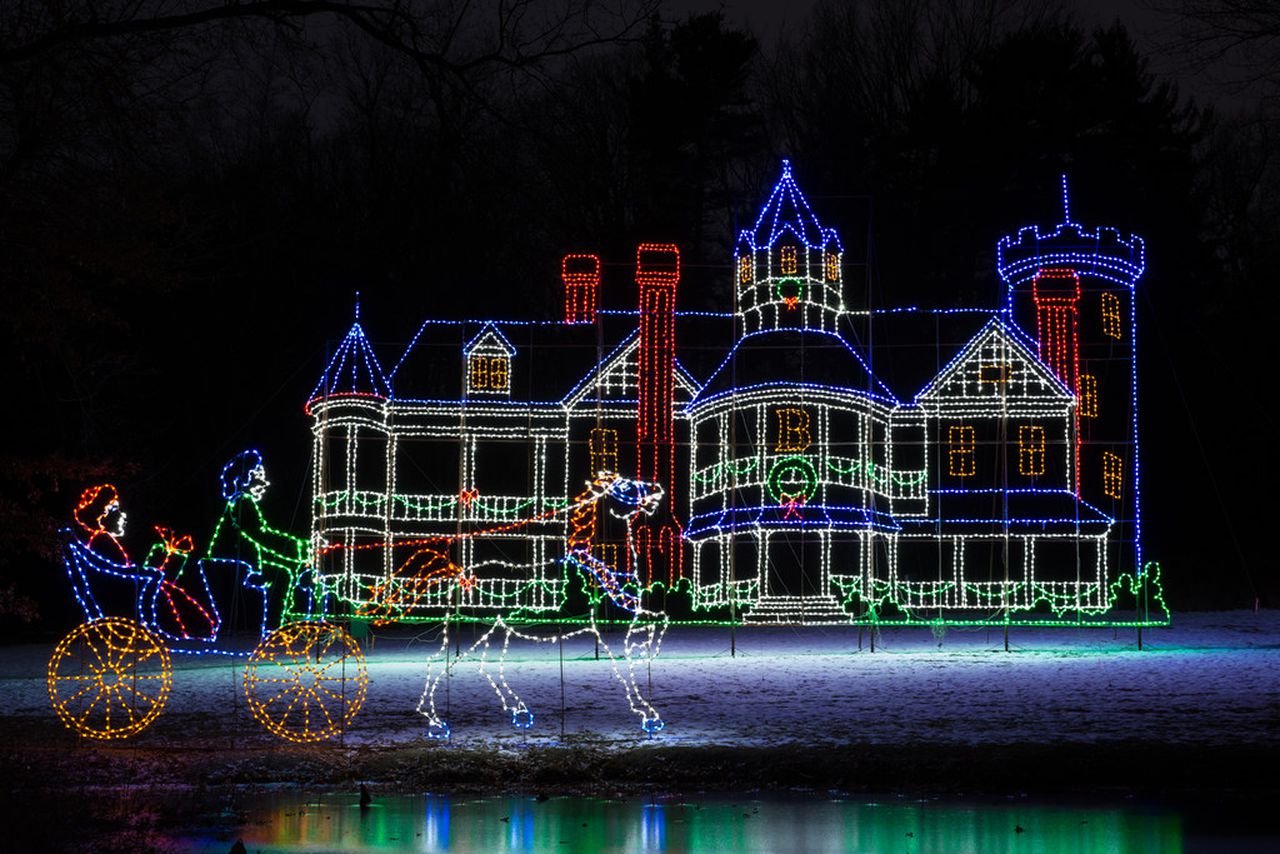