Black Friday is largely considered the kickoff to the holiday shopping season. But at Scout & Tag, the free gift wrapping service has included Christmas ribbon since mid-October.  Nikki Hunt, the owner of the downtown Lakeland shop, said Christmas shoppers have been steadily streaming in for over a month. Early […]

Black Friday is largely considered the kickoff to the holiday shopping season. But at Scout & Tag, the free gift wrapping service has included Christmas ribbon since mid-October.

Nikki Hunt, the owner of the downtown Lakeland shop, said Christmas shoppers have been steadily streaming in for over a month. Early bird shoppers buying ahead of the biggest sales of the season reflect nationwide anxiety about supply chain issues and the rising costs of goods.

But that doesn’t mean there won’t be shoppers out for the holiday season’s grand opening weekend.

Traditionally, shoppers spend Black Friday cashing in on deals at big name retailers, like Target and Walmart. On Saturday, they’re invited to fill in the gaps on their wish list by shopping small, visiting stores in places like downtown Lakeland and Winter Haven. Small Business Saturday was started by American Express in 2010 as the second day in an extended weekend of sales that culminates in Cyber Monday.

“I think every year, retailers sort of put all their eggs in a Small Business Saturday basket,” Executive Director of the Lakeland Downtown Development Authority Julie Townsend said. “This is sort of the indicator of how the rest of the season is going to go.”

This year, Small Business Saturday may reap benefits from additional store closures on Thanksgiving and the extension of “Black Friday” sales into the weeks leading up to and after the popular shopping holiday.

To prepare, stores have ordered supplies early and beefed up staffing numbers to handle crowds. Small business owners have noticed an uptick in sales this season, which they expect will reflect in Saturday numbers. While some owners have expressed anxiety about the months ahead because of the troubled economy, increased sale numbers have brought a sense of optimism to the holiday season.

The early influx of customers is translating into much better numbers for small business owners than this time last year, when COVID-19 hung like a dark cloud over most businesses.

“Our sales have probably doubled from last year at this time and I can tell you, people are out there Christmas shopping right now,” Nathaniel Briggs, owner of The Treasured Olive in Winter Haven, said. “For the last week even up to like a month ago, we’ve had people mentioning that they’ve been getting Christmas gifts.”

The Treasured Olive recently moved from its location next to Union Taproom to Fourth Street across from the park, next to Wauchula State Bank. Briggs said the higher volume of customers may stem from the new store’s more convenient location. But the numbers could also be a reflection of a holiday season that started even earlier than normal.

“I think a lot of people are concerned about the shipping crisis right now and so that’s pushing people to start shopping a little bit earlier, especially in a store like ours where we import gourmet foods from all over the world,” Briggs said. “I think people are just trying to get their shopping done sooner or at least starting sooner.”

Customers aren’t the only ones concerned about potential shipping delays. Hunt said when she would go to market to buy products for Scout & Tag, sellers were actively encouraging buyers to make purchases early and have them shipped immediately, so she did.

Buying early presented some problems, like taking on a heavier financial burden and having to rent an additional storage unit to store the extra product. But it was worth it.

“It’s allowed us to keep our shelves full,” Hunt said.

Since Hunt bought early, many of her products don’t reflect the recent rise in prices for consumer goods, which allows her to keep her own prices lower for customers.

Another was to get around the shipping crisis is to order from local manufacturers. Hunt has increased her purchasing from smaller companies about 25%.

Attention, shoppers: Five Below and Burlington coming to Merchants Walk in Lakeland

“When it’s a smaller company and they’re manufacturing it themselves and there’s not a big long supply chain to deal with, I can get my merchandise quicker and easier and it’s better for restocking,” Hunt said.

Marilyn Amaral, the owner of Home Remedy in Winter Haven, also started stocking up early; she’s been bringing in inventory since August. Amaral has been helping Main Street Winter Haven round up businesses that want to participate in Small Business Saturday to better advertise them.

“A lot of small businesses are better stocked than the big stores right now,” Amaral said.

On Friday and Saturday, Amaral is giving away a cold brew coffee or tea maker with each purchase while supplies last. Even that small gesture took a lot of effort.

“I’ve been looking since June, July trying to find things I could give away during the year because I knew things were going to get tight,” Amaral said.

More customers on Small Business Saturday means more staff. Hunt, who said sales and foot traffic are up at least 30% over last year, is doubling the number of employees in-store on Saturday.

‘It has to be perfect.’: Here’s everything to know about downtown Lakeland’s Christmas decorations

She said the store is a little more festive on the holiday, with special drinks available to customers while they shop. But while Hunt wants the atmosphere to be fun and inviting, she needs the extra staff to get people in and out quickly so lines don’t grow so long that they discourage shoppers.

And the extra staff has to cover more square footage: Scout & Tag expanded 1,200 square feet in September, taking over the space previously occupied by The Strand, a hair salon. Hunt said 75% of the expansion made way for Rafa Natural, which is an organic, natural skincare line owned by Kim Hancock.

Tim Calhoon, owner of Frescos Southern Kitchen & Bar in downtown Lakeland, is also going to be filling his space with extra employees. Frescos is currently fully staffed with 50 employees, which are all needed: Calhoon said the restaurant is currently trending 35% in sales above its prior busiest year ever.

In years past, Black Friday had become almost synonymous with Thanksgiving, with sales getting pushed up earlier and earlier to the point where shoppers could hit the stores immediately after — and even before — their turkey dinner.

That’s no longer the case. Some of the biggest retailers around, like Target, are now making customers who want to shop in person wait until at least Friday morning.

Calhoon isn’t sure how that’s going to affect his Black Friday crowds, which he could typically expect to flood in on Friday morning for brunch and bottomless mimosas after a full night of shopping. But he’s not worried: Frescos has been packed full lately, and he doesn’t expect the upcoming weekend to be any different.

“Being here for 13 years, even before the craziness of all nighters, we were still busy on Black Friday,” Calhoon said. “We’re busy on any day that school’s out.”

There’s also the fact that Black Friday sales now launch well before the actual day and continue into Cyber Monday, which may keep more wary shoppers off the streets. Townsend with the LDDA said that may result in more Black Friday sales for smaller businesses.

“I think maybe that gives consumers the idea that we don’t need to pack into the stores and rush and we can maybe take our time and not feel like we have to spend all day stressed and going from big box store to big box store,” Townsend said.

That would bode well for Amaral, who offers the same discounts on both Friday and Saturday. While last year she tripled her normal sales on those days, she’s a little more cautious about this weekend.

Maya Lora: Your Polk County options for dine-in and takeout on Thanksgiving

“It’s slower than years past,” Amaral said. “And I feel that the economy, the fear of the economy, is really what’s slowing people down. And food prices are through the roof.”

According to numbers released by the American Farm Bureau Federation after a survey of grocery stores, a Thanksgiving dinner is going to cost families an average of $8.61 more this year, an over 14% increase.

Amaral said about 25% of her annual sales come from the holiday season. She emphasized that many small businesses are still not out of the woods after the economic downturn wrought by COVID-19.

“When Covid came through, Walmart was open, Home Depot was open, Lowe’s was open,” Amaral said. “But all the small businesses were shut down. And so many of the businesses, even though they didn’t have to pay rent during those times, that doesn’t mean they were forgiven the rent.”

But some shop owners are optimistic, despite the pressure.

“I think every holiday I get super nervous because there is the financial outlay. And I always have to walk myself off the cliff when reality comes in and we’ve had a banner year,” Hunt said. “So I’m going into it feeling very optimistic based on what we’ve already seen in the last couple of weeks.”

Maya Lora can be reached with tips or questions at [email protected] Follow her on Twitter @mayaklora.

Thu Nov 25 , 2021
Ho, ho, holy cow there’s a lot of things going on across Weld and Larimer counties this week! The calendar is packed with a variety of fun and festive events including live holiday concerts, a model train show, wine and chocolate pairing and a beer tour. So grab the family, […] 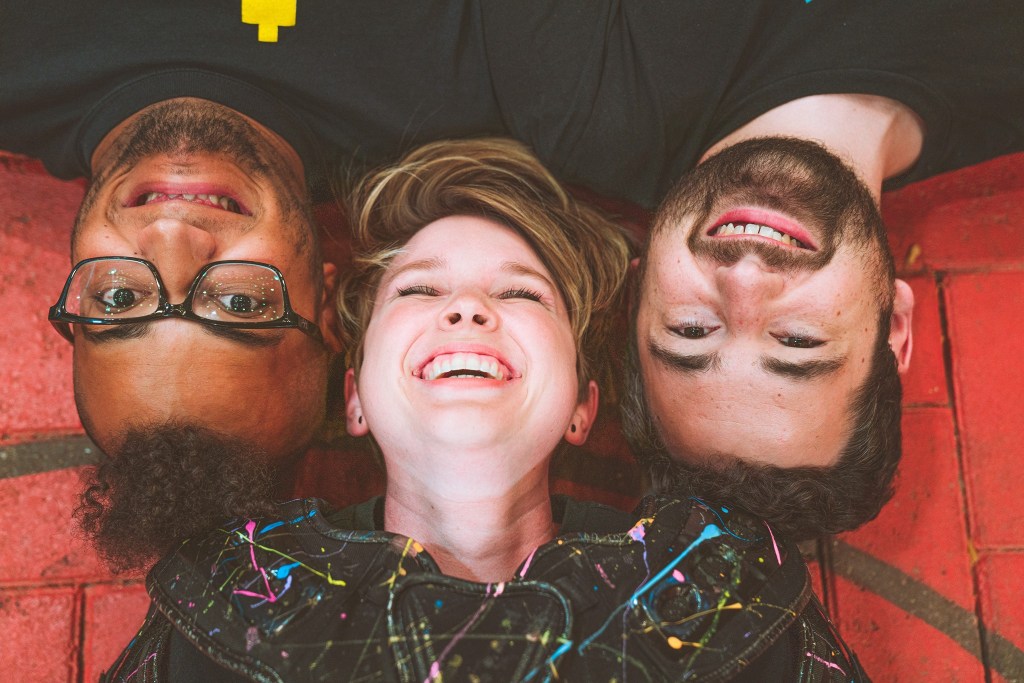