It’s not exactly clear when Skyy Clark will make his debut in a Kentucky basketball uniform. Whenever that day comes, the five-star point guard wants to be ready.

Clark — a 6-foot-3 point guard from Nashville — publicly committed to the Wildcats last week. He’s currently in the 2022 recruiting class, but he’s leaving open the option of a reclassification to 2021, which would allow him to play for UK next season. He’s not sure when he’ll get to Lexington — any reclass decision is probably months away — but he has been sure for a while that this is the place for him. And he’s taking some uncommon steps to make sure he’s prepared for life as a Kentucky basketball player.

Even before Clark announced his commitment, he and his father started working with one of his basketball trainers, Andrew Fleming, on an idea to begin teaching some of the finer points of John Calipari’s system right now, while the future Wildcat is still in high school.

“Our thing was — he’s going to Kentucky, right? — so why wait until we get there to start learning what they do?” Kenny Clark, the player’s father, told the Herald-Leader this week. “We have, at most, a year and a half, so let’s lock that in so when he comes in, he’s hitting the ground running.”

Fleming — a former high school basketball star who recently wrapped up his college career at Lipscomb University — has been working with Clark for the past couple of months. When the family approached him about implementing some of Calipari’s system, he started doing his homework.

“I feel like Cal should bring me on as an assistant, because I watch his stuff more than anybody,” Fleming said with a laugh. “And every day, we’ll put together a plan for him that’s very specific. So, looking at film, me and him have talked about how his two players that he’s very similar to are Jamal Murray — a great player comparison for him — and then a little bit of Damian Lillard, in terms of the shot-making ability beyond the three-point line.”

Murray, obviously, excelled in Kentucky’s system as a player who could play on or off the ball, the type of versatile role Clark is expected to fill with the Wildcats.

Fleming said there are trainers out there who try to teach young players “the flashiest drills in the world” — there’s plenty of YouTube evidence of this — but such drills provide no context and don’t translate to actual basketball games. The plan around Clark’s sessions is to get him ready with stuff he can use on the court.

“If I can get him a workout setting where everything he’s doing is building his game and building his one-on-one moves on the perimeter, his finishing stuff at the rim, and then any separation moves he has in the midrange — we’re building all of that,” Fleming said. “We’re giving him all of these options out of the blueprint of Kentucky’s offense, because I’ve done my homework. And that makes it fun for me.”

The buzz out of Nashville this summer said Skyy Clark was sharing the floor with NBA players … and he was the best on the court.

Fleming, who says he spends a lot of time breaking down the habits of Kentucky’s recent perimeter players through online outlets such as Synergy, provided a few examples of how he thinks Clark could fit in with some of Calipari’s most common offensive attacks.

One is a motion offense where Kentucky’s players get into a simple dribble-drive set where they’re creating help for each other off the bounce.

“How I see Skyy working that is, there’s an initial drive from the point guard, whether that’s Skyy or not — Skyy could create the advantage off the bounce against college guys easily. I already know that, because he’s doing it against NBA guys,” said Fleming, who previously told the Herald-Leader that Clark has been excelling against NBA-level players in Nashville open gyms. “So, quite honestly, he’s instant offense coming down with the ball in transition. If there’s any sort of one-on-one move he makes on the perimeter, he can get to that secondary defense in a split second. And then his decision-making is off the charts.”

Fleming added that Clark makes the right play going toward the basket “nine times out of ten,” which, based on his research, is much higher than other recent Calipari guards.

Lofty praise. Another example is UK’s “rub” offense, where the Wildcats have the “4” or “5” man run down in transition and set a “ghost screen” with the ball-handler — Clark, in this scenario — coming off the screen.

“It creates a huge indecision on the defense: whether or not they’re going to switch it; or whether or not they’re going to fight through that ball screen, because it looks like a ball screen, but that ‘4’ or ‘5’ man, all he does is just ghost it. He never sets it, because Cal doesn’t want these guys getting offensive fouls on these screens,” Fleming explains. “So it creates huge indecision, and now you’ve got Skyy Clark, who is a bona fide star, coming down the lane with shooters around him, hopefully, and then a guy rolling. And he’s good enough to read that help-side guy, which is the key guy — that guy on the opposite side of the court who is either going to help on that roll, or we’re going to throw that skip pass to the other side of the court for a shot.”

Again, Fleming stresses that Clark will almost always make the right call in such situations.

Yet another example, this one with Clark off the ball — a scenario likely to happen at some point with other talented point guards projected to play alongside him at UK …

In this case, another point guard would bring the ball up the court and create offense off the bounce. That would force Clark’s defender to help in a gap.

“And now you’re pitching the ball to Skyy, and the guy’s gotta close out and guard him,” Fleming says. “Which is going to be really, really hard to guard. So Skyy has to make the decision whether to shoot the ball because he closed out short or drive the ball, and he’s either going to score the ball or make the right play. And he’s going to make the right play nine times out of 10. And it’s almost gotten to be like clockwork.”

This week, Clark posted a video on Twitter of himself knocking down shot after shot from NBA three-point distance, which is nearly 2 feet beyond the college line and 4 feet farther than the high school distance. Clark wasn’t showing off. This, too, was by design, another idea from his father — a former NFL wide receiver — to help him get prepared for the future.

Outside shooting has been a major priority for Clark this offseason, his trainer confirmed.

“This high school line is going to be a chip shot for the kid, because all summer, we’ve been practicing shooting only NBA threes,” Fleming said. “So he’s catching the ball off the dribble and scoring and getting his hips under his shot at distance, which is really uncommon for a 17-year-old kid.”

Clark, indeed, just turned 17 years old in late July, but those who have spent ample time around him in the gym say he already has the maturity and approach of a professional. He was the first player from the 2022 class to earn a UK scholarship offer, and Wildcats assistant coach Joel Justus started recruiting him before he’d even played a game as a high school sophomore.

Clark’s father has already told Justus what they’re doing to implement UK’s system into Clark’s training sessions. “He thinks that’s great. You’re being proactive instead of reactive. We want to come in fully ready.”

And it’s not just offense. Clark, who has plenty of length and above-average strength for the point guard spot, is studying up on Kentucky’s defensive approaches, and practicing Calipari’s defensive slide drills and other teachings.

Clark’s first team practice of the 2020-21 season is Monday. It could be the beginning of his final year of high school ball, or he could still be another year and a half away from entering college. Either way, he wants to be ready to be a Wildcat.

“We’re getting prepared right now. We’re not waiting,” his dad said. “We can get prepared for what they do on our off hours and still be locked in for his high school team. We’re just wanting to be as prepared as possible. This is a dream come true. Every kid wants to play at Kentucky. Or, at least, they should want to play at Kentucky. We got the opportunity, and we’re going to make the most of it.”

Ben Roberts covers UK basketball, football, horse racing and other sports for the Lexington Herald-Leader and has specialized in UK basketball recruiting for the past several years. He also maintains the Next Cats recruiting blog, which features the latest news on the Wildcats’ recruiting efforts.
Support my work with a digital subscription

How to Target Part of a Web Page Using CSS Selectors

Thu Oct 29 , 2020
Cascading Style Sheets (CSS) allow you to transform the look of your webpages. From fonts and colors to spacing and overall layout, all manner of design tools are at your fingertips. Although CSS is a complicated language in its entirety, there are only two basic concepts you need to understand […] 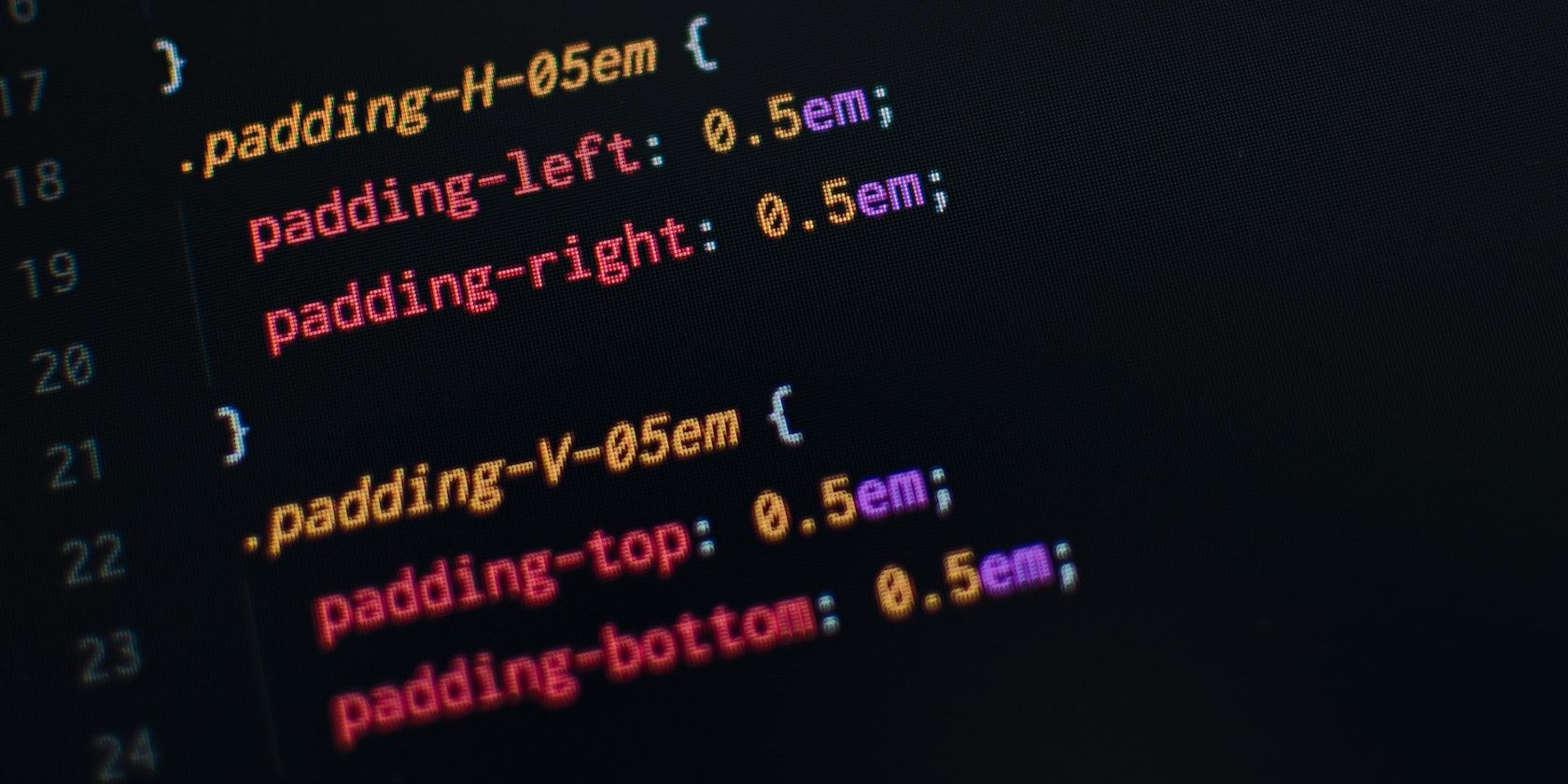