Going up close to a great work of art, perhaps to Auguste Rodin’s full-height sculpture of a shy Eve, is a rare pleasure in a neighbourhood gallery, especially since opening hours are now restricted by the pandemic. The Southampton City Art Gallery is one of those municipal buildings with perhaps […]

Going up close to a great work of art, perhaps to Auguste Rodin’s full-height sculpture of a shy Eve, is a rare pleasure in a neighbourhood gallery, especially since opening hours are now restricted by the pandemic. The Southampton City Art Gallery is one of those municipal buildings with perhaps more than its fair share of unexpected treats due to the bequest of a local chemist and businessman called Robert Chipperfield. He died rich in 1911, instructing his legacy to be spent on filling up a new gallery with top-notch pieces like Eve.

Just over a decade ago the city considered selling valuable works including its Rodin sculpture, then worth just over £1million, to fund other projects, but the sale was stopped by a petition and a stern warning from the Tate, which had an advisory role.

“We believe the sale of works acquired through the Chipperfield bequest to raise funds towards a capital project is not advisable and, indeed, not in the spirit of the bequest,” the Tate ruled back then.

Today, in the grip of Covid-19, many galleries, museums and libraries, large and small, national and provincial, are considering making similarly controversial moves. A deep drop in revenue and donations has shaken the foundations of many a neo-classical portico. But should an artwork donated to the public ever be sold off as an asset?

Writer Malcolm Gladwell has dared to say “yes” to this divisive question. Looking in particular at the wealthy arts citadels of Manhattan in his podcast Revisionist History in June, Gladwell used the phrase “dragon psychology” to characterise the thinking of the custodians of valuable cultural objects.

He explained his argument to the Observer this weekend: “The dragon, in folklore, hoards treasure and virgins, even though he has no romantic interest in women and no desire to show or share or otherwise enjoy his treasure.

“Since most major art museums now have upwards of 95% of their collections in storage – where they can’t be shown or shared or otherwise enjoyed – doesn’t that sound like dragon behaviour?”

This autumn the Observer reported on the Royal Opera House’s decision to put a David Hockney portrait under the hammer to raise crucial funds, and also on the contentious fate of the Royal Academy of Arts’ famous Taddei Tondo; a marble sculpture by Michelangelo Buonarotti, the sale of which would rescue the institution from financial peril.

Several other cultural and educational organisations have put historic objects up for sale after staring grimly at their balance sheets.

The Royal College of Physicians was to sell a stack of rare books at Bonhams to deal with a funding shortfall of £3m, but now says it has taken “no firm decisions”. More than 600 of its fellows and members, including a former government chief scientific adviser, Mark Walport, were irate enough to pen an open letter to the president of the college arguing that a sale would represent “a breach of trust between the public, the benefactors and the college through the irreparable damage caused by the transfer of the college’s and the nation’s cultural inheritance into private hands”.

In England, the rules about these matters are laid down by the Museums Association’s code of ethics, used to set Arts Council England’s standards, and they state that artefacts “should not normally be regarded as financially negotiable assets”.

With the right kind of thinking you can turn the issue around, without having to sell anything off

Last week it emerged the English public school Rugby is to auction a selection of valuable works including a 1632 second edition of A Shakespeare Comedies, Histories, & Tragedies with an estimate of between £20,000 and £30,000 and a first edition Christmas Carol by Dickens from 1843 that is likely to go for £4,000. The online sale at Forum Auctions takes place on Wednesday and does not, the school says, reflect any financial difficulty. Headmaster Peter Green said he simply wants the rare titles to be in specialist hands and added: “The school is committed, as a registered charity, to use its resources to benefit current and future students.”

And there is a non-pandemic precedent. In 2018, Rugby made a cool £15m by selling off a collection of old master drawings at Christie’s.

It is more difficult to remain sanguine, though, when the very purpose of your organisation is the making and sharing of art. At the Royal Academy of Arts (RA) opinions are split. Many believe retaining Michelangelo’s Tondo is essential to the spirit of the academy, while a smaller group of academicians argue that the work, as a last resort, is less important than the threatened jobs of staff.

Certainly selling off the family silver, or “deaccessioning”, as it is known in curatorial circles, is not always judged beyond the pale.

Alison Cole, editor of the Art Newspaper and author of a book about Michelangelo’s Tondo, knows it can be done properly.

“It depends how you handle it,” she said. “Tate did it in an exemplary way a few years ago and were open about the process. On the other hand, it would be crazy for the Academy to sell the Tondo, one of the greatest examples of Michelangelo’s work in the country. It would be far too expensive for any other British gallery to buy, so we would lose it.

“It is also a work that lays out the artist’s whole process and that seems highly appropriate for an academy.”

Writing in the Spectator last month, art critic Martin Gayford was equally unhappy at the idea of the loss of the Tondo: “The RA has sometimes seemed unsure of what to do with it,” he admitted, but concluded: “The rationale, saving jobs and securing the RA’s financial future, is comprehensible. But I suspect that it would be a big mistake.”

Over at the Victoria and Albert Museum the feasibility of editing down the collection is perhaps more obvious. Twenty years ago the former director Mark Jones and the late Matthew Evans, then chairman of the Museums, Libraries and Archives Council, debated how best to deal with the crates and crates of artefacts and design objects held in permanent storage. From this was born the idea of putting the V&A stores on show at a new site in east London, as a kind of behind-the-scenes glimpse. The current director Tristram Hunt says plans for V&A East are on track.

“We have all these fantastic items that people will be able to come and see. It shows that with the right kind of thinking you can turn the issue around and make it an attraction in its own right, especially for researchers, without having to sell anything off,” he said.

In America, strict guidelines that prevented such sell-offs were lifted this spring. Art collections in Syracuse, Indianapolis, Fort Worth and Laguna Beach, among others, have offered works for sale during a two-year “window” intended to help galleries and museums survive the devastating Covid-19 period.

Yet planned sales by the Brooklyn Museum and the Baltimore Museum of Art have provoked widespread protests. In Baltimore two artists on the gallery’s board of trustees resigned and a couple of leading benefactors withdrew support as a result of the agreed sale of Andy Warhol’s Last Supper and two other modern works. The Sotheby’s sale, which was called off with only two hours to go last month, would have raised $65m to spend on re-balancing the museum’s collection in favour of work from more diverse artists. It would also have gone, it was claimed, on improving staff salaries and conservation costs. Art is not for hoarding, argued Baltimore curators Asma Naeem and Katy Siegel: “Museums are not mausoleums or treasure houses, they are living organisms, oriented to the present as well as the past.”

In an attempt to clarify the position in America, Brent Benjamin, president of the Association of Art Museum Directors, publicly welcomed Baltimore’s decision.

“I am gratified to learn that the Baltimore Museum of Art has decided to reverse course,” he wrote. “As we have said consistently, our April 2020 resolutions were not intended to address needs beyond current, pandemic-related financial challenges.”

Yet on the same night, Brooklyn Museum raised almost $20m from the sale of seven works by artists including Henri Matisse, Joan Miró and Claude Monet. The museum in New York had laid off 7% of its staff this summer.

“The Monet happens to be lovely but is not one of his great works nor close to the best in our collection,” its director, Anne Pasternak, said.

This month the leading international curator Francesco Bonami told ArtNews he believed the current debate might have a silver lining if it persuaded more galleries to focus on improved programming rather than on growth.

“I don’t see anything wrong in selling work with a high market value that an institution considers redundant,” he said, adding: “Before a museum decides to sell its collection assets, it should first reduce other often exaggerated costs and maybe cancel a useless expansion.”

Related: How will Joe Biden’s presidency affect arts and culture in America?

Like Bonami’s criticisms, Gladwell’s attack on the “dragon psychology” of major cultural institutions is really an attempt to shake up the sheltered complacency they detect. Perhaps, then, it is not too cynical to suggest that some of the controversial high-profile sales of work this year are at least in part designed as public sacrifices that may win over hearts and minds at a time of austerity. Announcing the sale of Hockney’s 1971 Portrait of Sir David Webster, the illustrious former general administrator of the Royal Opera House, Alex Beard, chief executive at Covent Garden, told the Observer he knew it was important to make it clear to government and to potential donors that an institution often regarded as wealthy was willing to feel some real pain.

The painting, which had originally been paid for with staff donations, sold at Christie’s for the lower end of its estimate at £11m, or £12.8m with fees. There is speculation that the buyer was David Ross, the founder of Carphone Warehouse, and the man who promoted the idea of selling the painting when he took over as chair of the opera house this summer. Ross is known to collect Hockneys. Christie’s, however, is protecting the buyer’s anonymity.

Art experts now wonder whether the art market will soon be flooded and sale values pushed down. But this looks unlikely in Britain, where museum ownership still adds lustre to the provenance of a lot.

A more pressing danger is that future visitors to Britain’s smaller galleries will have fewer chances to bump into the life-size work of a renowned artist like Rodin.

Sun Nov 15 , 2020
Full Floor on Fifth Avenue – Four Rooms on the ParkA Stunning and Simple Combination OpportunityHigh above the trees at 955 Fifth Avenue, you may find the best-ever full floor available on Fifth. This beautiful 8th floor apartment is divided in to two separate apartments, which are easily joined by […] 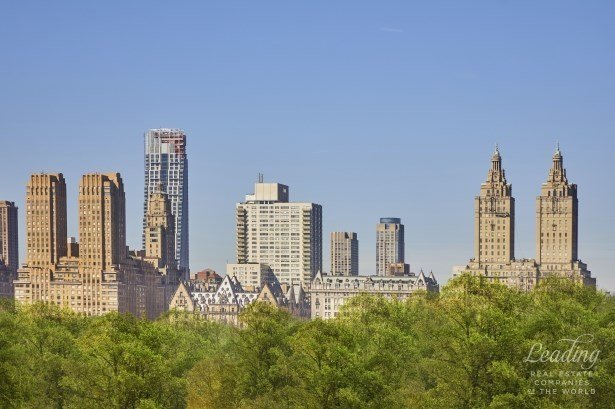