The Veterans Day parade in downtown San Jose, one of the city’s oldest traditions, will be hitting the streets once again Thursday with military personnel, marching bands and politicians waving from convertibles. Organizers hope the return of the parade — it was replaced last year by a virtual celebration — […]

The Veterans Day parade in downtown San Jose, one of the city’s oldest traditions, will be hitting the streets once again Thursday with military personnel, marching bands and politicians waving from convertibles. Organizers hope the return of the parade — it was replaced last year by a virtual celebration — will also bring out spectators, from families with the holiday off to downtown workers and residents.

“We are thrilled to have the live parade return,” said Ray Watts, president of the United Veterans Council of Santa Clara County, which produces the event that’s in its 103rd year. And it might be hard to find someone more thrilled than Watts — he’s in his second year as president, so this will be his first parade in the role.

With the theme “Heroes in Motion,” the opening ceremony for the parade will take place at 11 a.m. at the Guadalupe River Park’s Arena Green West across from SAP Center on Barack Obama Boulevard. The parade — featuring more than 70 units — will start at noon at Highway 87 and Santa Clara Street and travel its normal route to Market Street, where the procession will turn south to San Carlos Street.

This year’s grand marshal is retired U.S. Marine Corps Col. William E. Peacock, who served a tour in Vietnam and commanded several units in the Marine Corps Reserve before his retirement in 1992. He was appointed assistant secretary of the Army by President Jimmy Carter in 1980 and helped spearhead the popular “Be All You Can Be” ad campaign throughout that decade. Now a Redwood City resident, Peacock has been an officer of several Fortune 500 companies and helped guide Silicon Valley startups. He also ran Wine Country Marines, a Sonoma-based nonprofit that supports veterans, and was on the Focus Board of the VA Palo Alto
Health Care System.

The parade usually runs until about 2 p.m., and you can expect downtown streets in the parade area to be closed from 9 a.m. until 3 p.m.

MORE VETERANS DAY EVENTS: San Jose’s Veterans Day parade isn’t the only event for the holiday, of course. La Raza Historical Society of Santa Clara Valley has an online event planned for Nov. 10, “A Salute to [email protected]/Latinx Veterans” that will feature Dave Gutierrez, author of “Patriots from the Barrio,” and Carlos Harrison, who wrote “The Ghosts of Hero Street.” Both books are about the experience of Mexican-American soldiers during World War II and the Korean War and the sacrifices they made. Get details on how to see the 6 p.m. Zoom event at www.larazahs.org/event-info/a-salute-to-latin-latinx-veterans.

The Campbell Veterans Memorial Foundation will have a ceremony Nov. 11 honoring everyone who served on active duty during the Vietnam War, commemorating the 50th anniversary of the first deployment of troops to Vietnam. Retired Maj. Gen. Rob Ostenberg, a Purple Heart and Bronze Star recipient, will speak at the 9 a.m. event at the memorial, which is adjacent to the Orchard City Green downtown. The foundation is offering a Vietnam Veteran lapel pin to all vets who register at www.campbellveteransmemorial.com.

The San Jose Sports Authority also will be honoring male and female athletes of the year at the amateur and high school levels, as well as a Special Olympian of the Year. But it won’t just be the 2021 honorees who are saluted; the athletes who would have been honored in 2020 also will be recognized at the ceremony.

“Indeed, having two groups of honorees is representative of the Hall of Fame itself,” said Dave Davis, chair of the San Jose Sports Hall of Fame Board of Directors. “Not only are we doubling up on our celebration of sports, but we are also acknowledging the continuity of our community institutions and the resiliency of our region over the last 18+ months.”

You can purchase tickets to the event and find out more about the honorees at www.sjsa.org/hof.

HOLIDAY SPIRIT: The Los Altos History Museum is bringing back its “Catch the Spirit” holiday program Nov. 17, with two boutiques offering a range of gift items including books, toys, ornaments and Christmas decorations. And that’s good news for shoppers who get chills every time they hear the words “supply chain.”

“Shelves may be empty in some of the big stores, but ours are full,” said Vicki Holman, the Los Altos History Museum store’s manager who has been stocking up for shoppers.

The event, which runs from noon to 4 p.m., is free to attend, and the choral group Schola Cantorum Silicon Valley will perform in the courtyard — masked — at 1:30 p.m. The Craftsman-style Smith House will be decorated for a 1930s Christmas, and the museum’s main gallery will be open with artwork by Annie Knapp Fitz. Holman says visitors are encouraged to bring donations of gift cards and non-perishable food for the Los Altos Community Service Agency.

PARTY FOR A CAUSE: A couple of weeks ago, San Jose Stage’s Cathleen King and Republic Urban Properties’ Michael Van Every roped me into appearing in a promo video for the Republic holiday party — one of the valley’s biggest seen-and-be-seen events of the holiday season. Normally, I would have demurred, but Van Every has turned the annual shindig into a fundraiser for San Jose Stage Company, which — like other arts groups — lost more than an entire season of live performances because of the COVID-19 pandemic.

It sounds like the Dec. 2 event will be a mash-up of Republic party’s schmoozefest and the annual skit-filled “Monday Night Live” fundraiser for San Jose Stage, all taking place at Blanco Urban, the new indoor/outdoor venue at San Pedro Square. And while it’s normally an invite-only affair, Van Every is throwing open the doors to anyone who wants to support San Jose Stage with a $500 ticket. Get more details at www.thestage.org/causeforaparty.

Everything You Need To Know About 'Animal Crossing: Happy Home Paradise'

Sat Nov 6 , 2021
In 2015, Animal Crossing fans were treated to a spin-off during the New Leaf era. Titled Happy Home Designer, players were given the opportunity to design houses for villagers with specific requests in mind. The game featured tons of new furniture, items, and even design community buildings like schools and […] 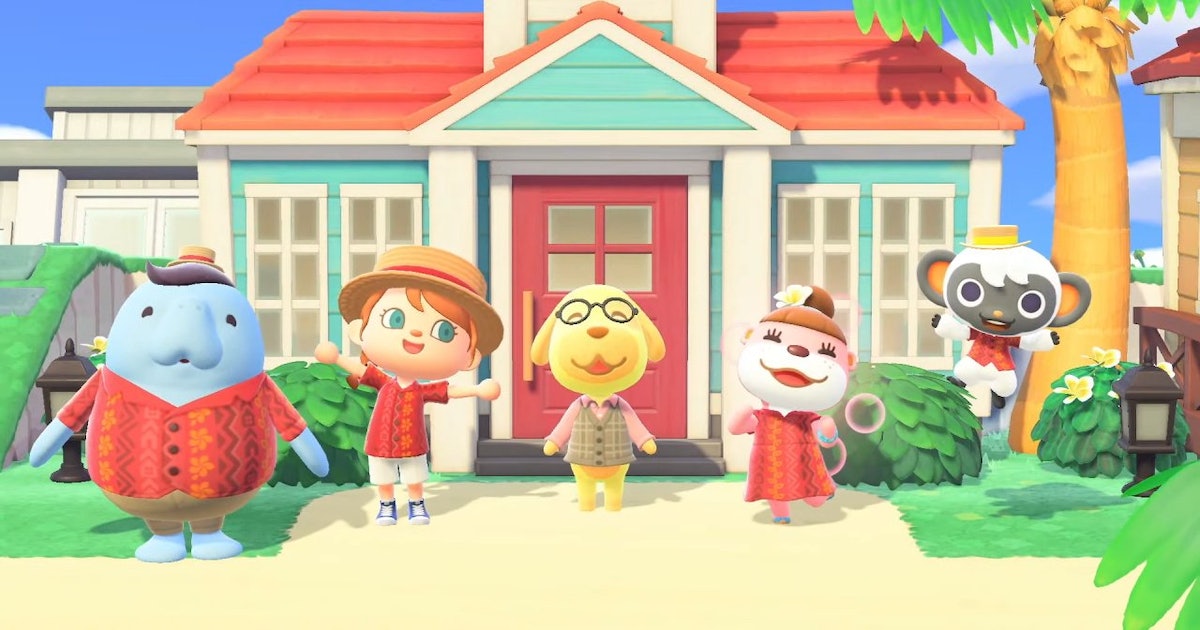