Robotic pet cats designed to respond to touch and speech may help each symptoms of dementia, researchers say. Photo by Florida Atlantic University If you have a pet, you know that the excited wag of your dog’s tail or the satisfied purr of your cat curling up on your lap […]

Robotic pet cats designed to respond to touch and speech may help each symptoms of dementia, researchers say. Photo by Florida Atlantic University

If you have a pet, you know that the excited wag of your dog’s tail or the satisfied purr of your cat curling up on your lap can be a mood booster.

But what if that pet is a robot? And what if its owner has dementia?

In a small study, researchers at Florida Atlantic University found that engaging with a robotic pet might help people with Alzheimer’s disease or a related dementia, reducing their stress and dementia-related behaviors without the more complex responsibilities of pet ownership.

“You wouldn’t think that a furry little movable cat or dog would really make a difference, but it evokes emotional responses in persons with cognitive impairment who might not otherwise have the opportunity to experience something as delightful as just playing with a pet,” said study co-author Lisa Wiese. She’s an associate professor at the university’s College of Nursing.

In the United States, more than 1 in 3 older adults dies with Alzheimer’s disease or a related dementia, for which there is no cure, according to the study. Dementia affects more than 50 million people worldwide.

People with Alzheimer’s disease often have behavioral and psychological symptoms, including depression, aggression and anxiety. Medications used to treat these symptoms can have side effects.

For this study, researchers paired robotic cats with 12 individuals with Alzheimer’s and related dementias at an adult day center.

Each participant was assigned a robotic cat that they could name. They were told their pets were robots and not live animals. They spent 30 minutes with their pets twice a week for 12 weeks.

The researchers observed study participants smiling and talking to their robotic cats. The pets were designed to respond to actions, purring when petted, for example.

“It appears to the person holding it that they’re actually responding to whatever you’re saying or doing,” Wiese said. “And even though most of the people did remember that it was a robotic pet, they just seem to be enthralled with this and just would engage for the whole entire time that they had the pet.”

The researchers evaluated mood using three different mood and behavior scales. They found participants had improvements in all of the mood scores.

Looking at cognition — thinking skills — researchers found slight to moderate improvement in attention/calculation and language in the post-test of more than half of participants compared to the pre-test.

While improving mood, behaviors and mental acuity, the pets gave the participants an alternative way to express themselves, Wiese said. The improvements in mood and behavior could also translate to improved quality of life for caregivers and family members, she said.

But not everyone would benefit from a robotic pet, said Monica Moreno, senior director of care and support for the Alzheimer’s Association. The association was not involved in this study.

In working to engage and interact with someone living with dementia, it’s important that whoever is providing care really gets to know the person, said Moreno, especially if they’re exhibiting signs of anxiety or frustration.

“What are their likes and dislikes and their preferences? What did they used to do for a living? What’s most meaningful to them? What’s their routine like? And the reason for that is that you can then start to think about what are some of the interventions that you can use to help reduce those dementia-related behaviors,” Moreno said.

If someone with dementia had a pet all their life and was attached to the animal, and a caregiver finds that a robotic cat or dog helps relieve some of the anxiety that person is experiencing, that’s a good intervention, Moreno said.

It might be different for someone who is allergic to animals or has different past experiences with them.

“We always talk about using non-pharmacological approaches first, before there’s any consideration on using medications to help address those dementia-related behaviors,” Moreno said.

She noted that the study was small and suggested more research is needed.

People with Alzheimer’s disease should always be treated with dignity, respect and recognized as a whole person, regardless of their disease stage, Moreno said.

Devices like robotic pets should be used to enhance relationships and not act as a substitute for relationships, she cautioned.

The findings were published online recently in the journal Issues in Mental Health Nursing.

The 12 Best Christmas Tree Toppers You Can Buy on Amazon, From Angels to Stars and More 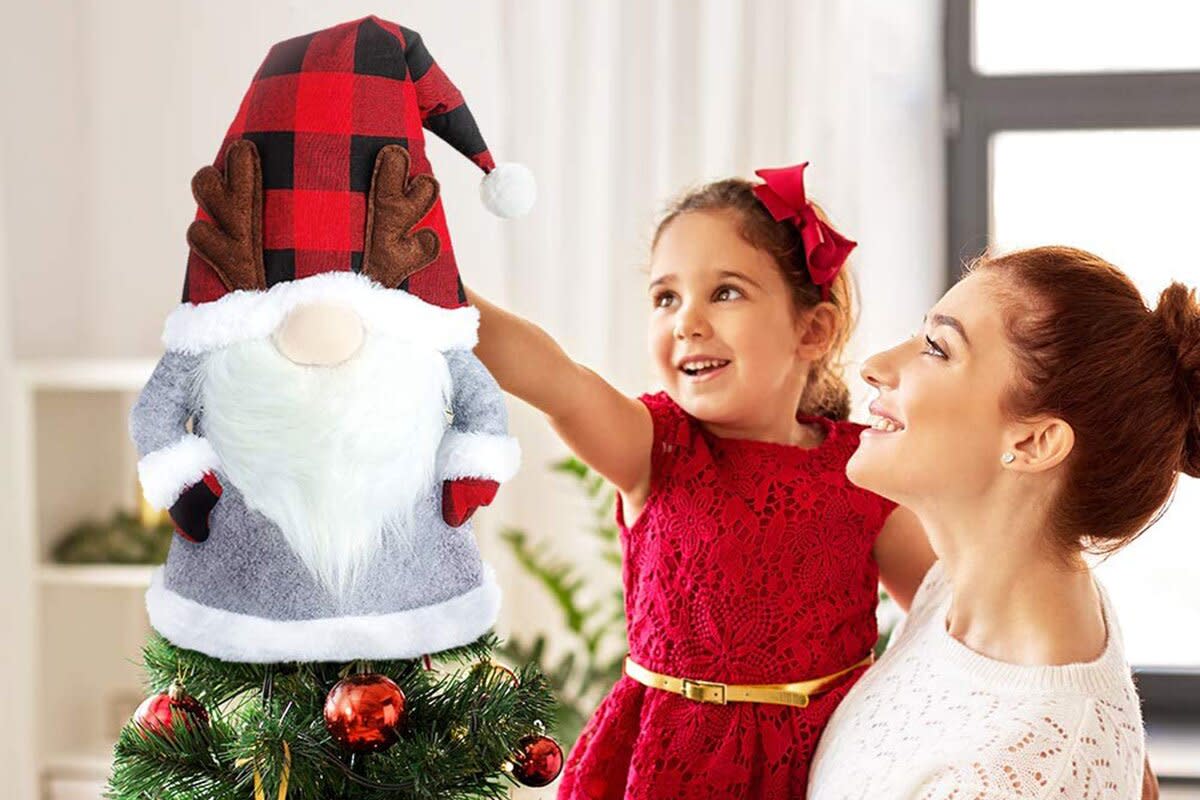