RICHMOND HEIGHTS, Ohio — City leaders are looking to have an infrared deer count done by sometime in November, followed by culling shortly after.

When asked by Ward 4 Councilman Mark Alexander what other communities are doing to thin the deer population, Westerfield told council members that Richmond Heights is in the same position as the city of Beachwood as it prepares to begin reducing deer population, while neighboring communities such as Lyndhurst, Highland Heights and South Euclid have already begun culling programs. This action on the part of local communities, he said, has inspired the Cleveland Metroparks, at its Euclid Creek Reservation, set to begin a deer management plan.

On the other hand, the City Council representing the largest city that borders Richmond Heights, Euclid, has decided not take action at this time, citing cost concerns.

As for Richmond Heights, Westerfield said, it needs to fulfill three components to get going with its culling program.

The deer count will be performed by the U.S. Department of Agriculture, which has done similar surveys for neighboring communities.

“The last two of the three components,” Westerfield said, “are getting a good handle on the typical metrics we look at when managing deer in a community. The first one is citizens’ attitude — are they wanting to see more or less deer in town? That’s done through a survey.”

Richmond Heights conducted a survey of residents in spring and summer of 2020. That online survey included 10 questions and asked residents, among other things, their opinions on reducing the deer population by lethal methods and, conversely, by doing so using non-lethal methods. Although the results of the survey were not officially disclosed, Councilwoman at-large Juanita Lewis, who chairs the Service & Recreation Committee, stated in August, 2020, that most who answered favored lethal means to reduce the deer population, a statement which Council President Eloise Henry backed.

“I know (Richmond Heights) has run a survey, but I ask that one question be added to that survey for next summer,” Westerfield told the committee. “That question (of whether residents want more or fewer deer) will be the gauge we use to assess management moving forward.”

The third component involves gathering from Richmond Heights police the number of deer/vehicle accidents that have occurred in the past year.

“It’s very simple,” he said. “Are deer/vehicle accidents above where you want to see them? That would say that we need action. Are residents’ attitudes saying they want to see fewer deer? If yes, that invokes action. A deer management plan has two facets — one is deer population reduction, and the other is deer maintenance.”

Westerfield said the quickest way to reach a deer population goal is through the use of sharpshooters. The plan he devises will let it be known how many deer should be culled in each year. The neighboring city of Highland Heights, last year, had 40 deer culled by USDA sharpshooters.

Ward 2 Councilman Frank Lentine said that, in 2020, there were 136 dead deer picked up in Richmond Heights, either killed in accidents involving vehicles or by natural causes.

Westerfield said it would take him until next September to devise a plan specific to Richmond Heights and its goals, but that the deer count and culling can begin without that plan yet in place. Lewis said a deer count is expected to take place in November and that an updated survey is coming to residents “soon.” The culling season takes place between November and March.

Lewis has planned for a USDA representative to address the committee Oct. 5.

RHPD Chief Thomas Wetzel said he will work on finding residents who would want to process the deer for meat once they are culled for their own consumption, or for donation to a food bank. Mayor David Roche said that if residents can be found to do so, it saves the city about $200-$250 per deer to pay to have the deer processed, as food banks will not accept deer meat that has not been processed.

The city of Richmond Heights will hold its annual Fall Fun Fest from noon to 5 p.m. Sept. 18 at Greenwood Farm, 264 Richmond Road.

Hike with a cop

Richmond Heights police will hold a Hike with a Cop event at 6 p.m. Wednesday (Sept. 8). The free event is being held for the entire family. Following the hike with police, participants can enjoy s’mores. Those participating should meet in the Cleveland Metroparks Euclid Creek Reservation at the Highland Road shelter.

Wed Sep 8 , 2021
KANSAS CITY, Mo. — It’s time to honor tradition in the Chiefs Kingdom. Friday marks the 30th edition of Red Friday in Kansas City. This year, pay tribute to the Red Friday tradition across the city. Snap a picture of one of many Chiefs logos that dot the city. Crews […] 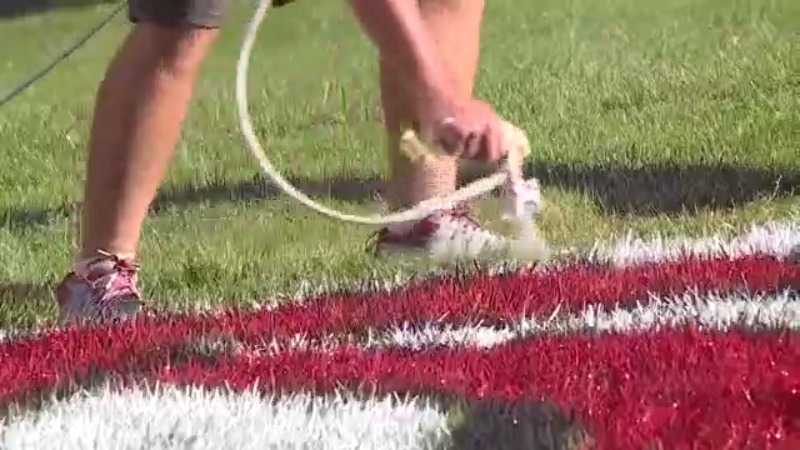