Social media posts claim the White House called Christmas trees “holiday trees” for the first time in 2021. But the White House description of the decorations repeatedly refers to Christmas trees, both President Joe Biden and his wife Jill have also done so in recent comments, and remarks allegedly responding […]

Social media posts claim the White House called Christmas trees “holiday trees” for the first time in 2021. But the White House description of the decorations repeatedly refers to Christmas trees, both President Joe Biden and his wife Jill have also done so in recent comments, and remarks allegedly responding to the controversy were falsely attributed to a journalist.

“Apparently the White House referred to Christmas Trees as Holiday Trees for the first time this year,” says a November 26, 2021 Facebook post, adding that the move prompted presenter Steven Levy to issue a response on CBS Sunday Morning.

But the claim — part of a long-running narrative among US conservatives that Christmas is under attack — is false, and has been circulating online for years.

A search on the White House website found no references to “holiday tree,” while official descriptions of 2021 decorations mention “Christmas tree” multiple times.

Biden used the term “Christmas tree” during a December 1 press conference, as did his wife in her remarks at the unveiling ceremony of the White House decorations on November 29.

The response to the “holiday tree” issue also did not come from Levy, a journalist at technology magazine Wired.

“I never went on CBS News or anywhere else to address this subject,” Levy told AFP on December 2. He wrote about the false claim in a 2014 piece.

The same text has also been attributed to political commentator Ben Stein.

Aside from a few differences in syntax, some of the text shared in the posts matches remarks Stein made on CBS on December 18, 2005, according to a transcript sent to AFP by Richard Huff, communications vice president at CBS News.

The rest of the text appears to have been taken from a 2002 letter to the editor of a local Nebraska publication.

While the White House has not modified its Christmas decorations terminology, a change in the name of the tree decorating the US Capitol dating to more than two decades ago has helped fuel the controversy.

The US Capitol tree was referred to as a “holiday tree” starting in the late 1990s, but it was changed back to “Christmas tree” in 2005 — the term that is currently in use.

Sat Dec 4 , 2021
A GRINCH mega fan, who watches the film 54 times a year, created an incredible Grinch-inspired 10ft Christmas tree with bits from eBay and other online shops. Leteesha McSwain, 29, a full-time account manager, is a self-confessed “Grinch addict” and spent 12 months dreaming up her epic installation. 3 The spectacular […] 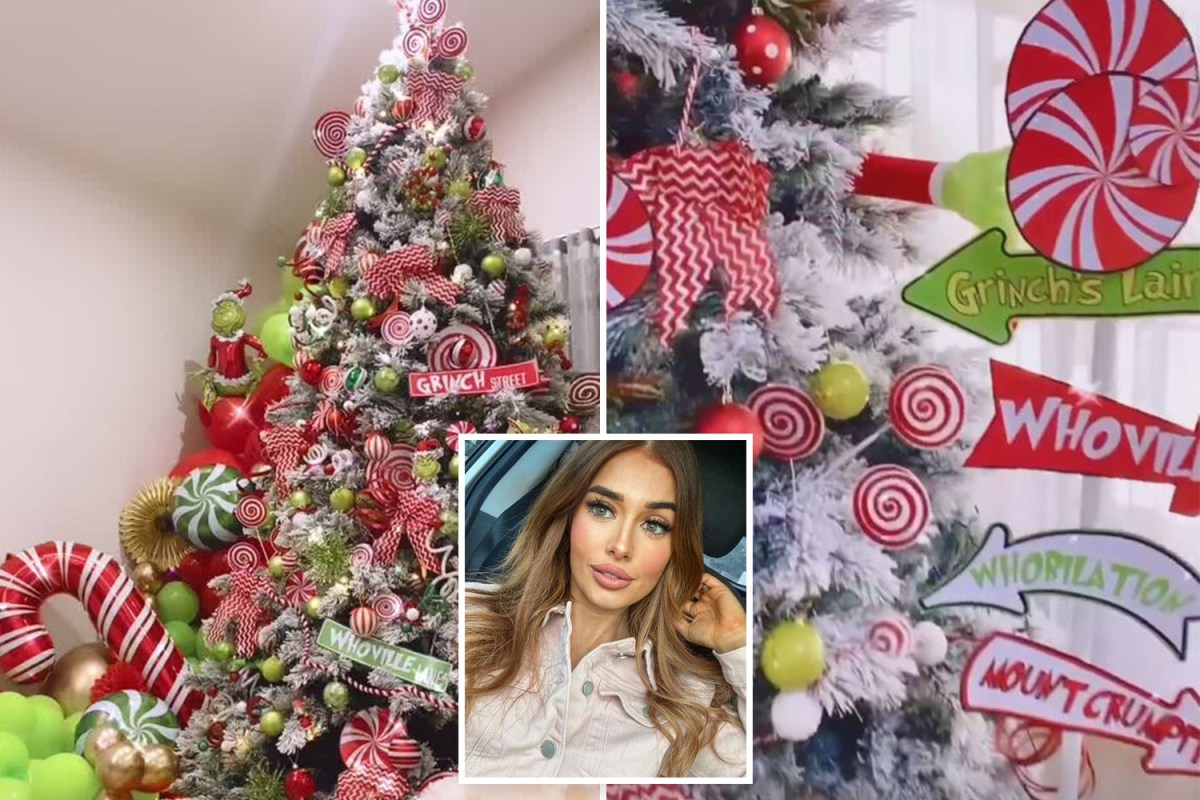