The claim: The White House referred to Christmas trees as holiday trees; Ben Stein’s response During Benjamin Harrison’s presidency in 1889, a Christmas tree was displayed in the second floor Oval Room, starting an annual holiday tradition at the White House. But a myth that has resurfaced on social media […]

During Benjamin Harrison’s presidency in 1889, a Christmas tree was displayed in the second floor Oval Room, starting an annual holiday tradition at the White House.

But a myth that has resurfaced on social media claims President Joe Biden’s administration is referring to the White House decorations as “holiday trees” instead of Christmas trees, prompting writer and economist Ben Stein to release a rant on “CBS Sunday Morning News.”

The post, which was shared to Facebook on Oct. 17 and has more than 2,700 shares in 10 days, claims Stein criticized the White House for using “holiday trees” and said he doesn’t mind when people tell him “Merry Christmas” even though he is Jewish.

“Funny how you can send ‘jokes’ through e-mail, and they spread like wildfire, but when you start sending messages regarding the Lord, people think twice about sharing,” the post quotes Stein as saying.

The message, which was recently shared across Facebook, has circulated online for years, making its way to newsletters, Pinterest, online forums and blog pages.

But there is no evidence the White House is referring to Christmas trees as “holiday trees,” and Stein only authored a small portion of the lengthy statement that has been repeatedly attributed to him.

Claims that the White House said Christmas trees would be referred to as “holiday trees” first surfaced online in 2009 and again in 2011, when President Barack Obama was in office.

However, fact-checking organizations debunked the rumor at the time, and there is still no truth to the claim.

The websites for the White House Christmas tours and the National Christmas Tree Association make no mention of a “holiday tree.”

Additionally, the White House Historical Association released the 2021 Christmas ornament, which on one side features a painting of the “1967 Blue Room Christmas Tree.”

According to local news reports, the 2021 White House Christmas tree was selected from Peak Tree Farm in Jefferson, North Carolina. It will be cut down in November and sent to Washington, where it will be decorated and displayed in the White House Blue Room.

The North Carolina Christmas Tree Association shared images of the Fraser fir to Facebook with the caption, “The Official White House Christmas Tree.”

While Stein did release a message about Christmas, he only authored a portion of the statement included in the posts. That was in December 2005, and it wasn’t in response to the White House purportedly referring to Christmas trees as holiday trees.

According to an archived version of Stein’s website, he wrote he doesn’t feel “threatened” or “discriminated against” when people tell him “Merry Christmas” even though he is Jewish and doesn’t celebrate the holiday.

However, the second half of the message was added by someone who used quotes from Anne Graham Lotz, daughter of the late evangelist Billy Graham, during an interview on CBS News after the Sept. 11, 2001, terrorist attacks.

According to BreakTheChain.org, a site that debunks chain letters, the “funny how” section included at the end of post has been previously attached to “sappy stories about an atheist girl and a handicapped boy, among others.”

In 2014, the same message was misattributed to Wired editor Steven Levy, who wrote, “No. I did not go on CBS Sunday Morning to express my rage at the White House for calling its annual fir a ‘holiday tree.’”

Based on our research, we rate FALSE the claim that the White House referred to Christmas trees as “holiday trees.” Websites for the White House and National Christmas Tree Association do not include any reference to holiday trees, and the hoax has been previously debunked. Further, Stein is only responsible for a small section of the text included in the posts, and his statement wasn’t in response to a decision made by the White House.

Thank you for supporting our journalism. You can subscribe to our print edition, ad-free app, or electronic newspaper replica here.

Our fact-check work is supported in part by a grant from Facebook.

Thu Oct 28 , 2021
1 of 4 This image taken on Wednesday, June 20, 2012, shows a two-tier cake that is fondant covered and made with fondant cut-out flowers, to serve as inspiration for customers creating a make-your-own cake at Duff’s Cakemix, in Los Angeles. The new venture is owned by chef, Duff Goldman, […] 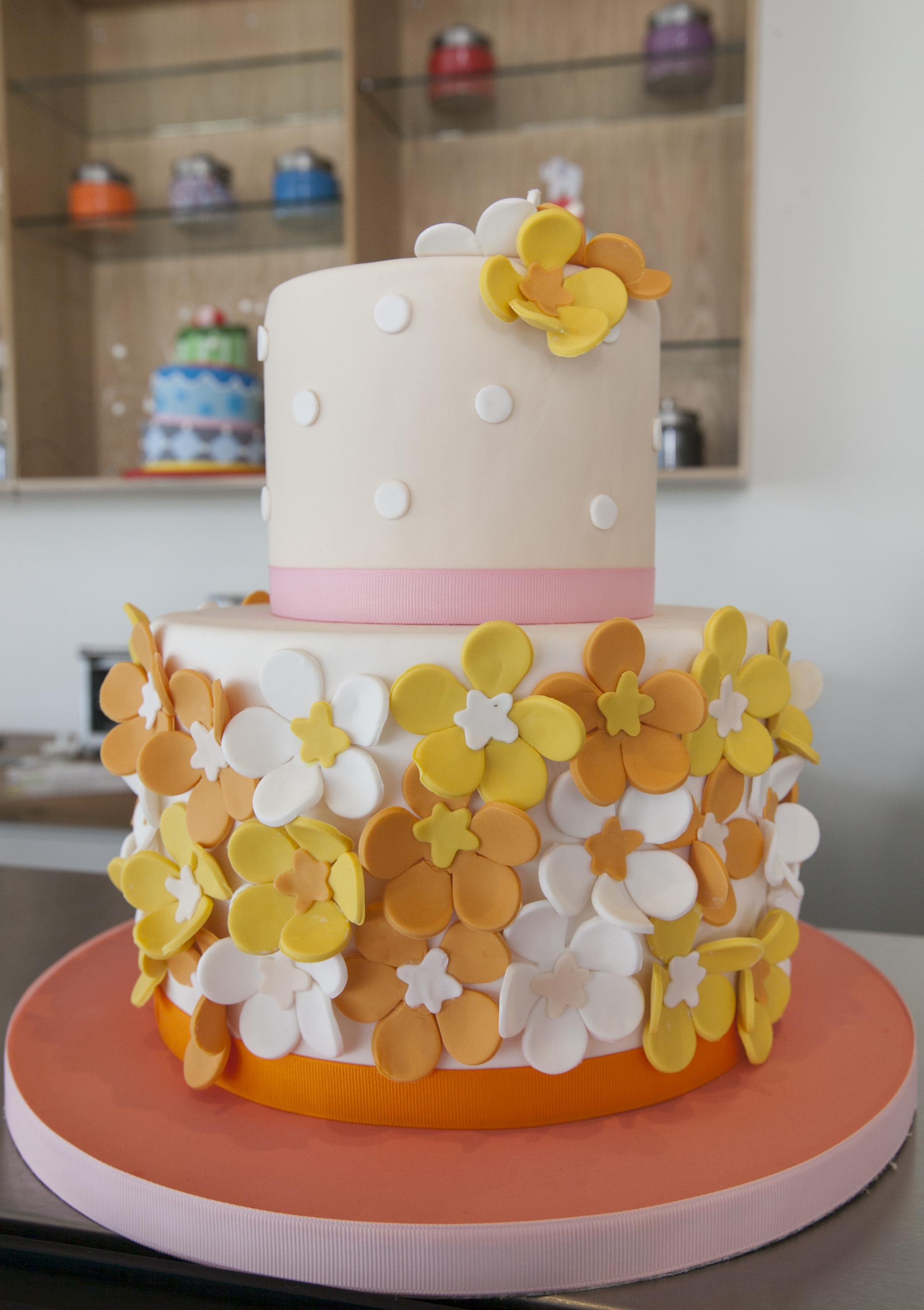