Government agencies must adapt to change. When they don’t, they become less effective in fulfilling their mandated missions — and even undermine their obligations to the public. I see this playing out at the U.S. International Trade Commission (ITC), an independent agency I once proudly chaired. With origins going back […]

Government agencies must adapt to change. When they don’t, they become less effective in fulfilling their mandated missions — and even undermine their obligations to the public. I see this playing out at the U.S. International Trade Commission (ITC), an independent agency I once proudly chaired.

With origins going back to 1916, the ITC’s mission is to monitor trade flows and investigate when the rules of the global trading system are not being followed in order to ensure U.S. industries and the U.S. public interest are not unfairly harmed. Nearly a century ago, section 337 of U.S. trade law empowered the ITC to investigate when imports unfairly compete to the detriment of  U.S. industries and to take action when it is in the public interest.

The proliferation of technological advances in the 25 years since I served on the ITC has made the agency’s job more complicated. Many of today’s products are amalgamations of patents and inputs by many countries. In recent months, we have seen vivid examples of this, as supply chain problems involving semiconductors made in Taiwan imperiled auto manufacturing in North America.

The increasing numbers of complex IP cases have also exposed the ITC’s vulnerabilities and the need for reforms. Certainly, individual inventors and innovative companies have every right to protect their life’s work and investments. But the ITC is not supposed to be a duplicate of a patent court, and yet it seems to be heading in that direction, as well as taking up many petitions brought to it by “non-practicing entities,” or NPE’s.

NPEs  do not operate to increase U.S. production or innovation. They just want to make a quick financial killing by acquiring patents and then pouncing at opportunities to sue for infringement, making a lot of money from someone else’s work and unfairly burdening productive companies with their threats.

Often, NPEs’ claims are flimsy, but they gamble that companies would rather settle quickly than spend years battling toward victory in federal court or at the ITC. A business model extracting fat payments from thin assertions explains why NPEs are commonly known as “patent trolls.”

Patent trolls also have figured out that petitioning the ITC to investigate intellectual property (IP) infringement can yield particularly rich gains, because unlike a court case, the unusual statute governing the ITC creates an overwhelming threat to a respondent company’s entire business if an investigation is launched. A court can impose proportionate damages and press parties to license IP. However, should the ITC find evidence of IP infringement — of even the most minor patent — it has only one remedy at its disposal: An exclusion order. In layman’s terms, this is an import ban.

A product might have hundreds of patents embedded in its design and construction. A possible violation of just one of them could keep an entire product out of the huge American market. For example, a patent claim about a brake lining could ban all affected automobiles from the United States. The exclusion of these products not only can destroy the automaker at issue, but also creates other victims.  Suppliers to that producer will be harmed, and consumers will have less choice and must pay higher prices as rivals face reduced competition.

In other words, exclusion orders seriously hurt U.S. consumers. For example, a patent troll could use the ITC investigation of an alleged patent infringement to halt the importation of millions of mobile phones and tablets that people rely on every day. Given the growing use of mobile technology by businesses large and small, it is easy to see how an import ban could undermine the health of the economy more broadly.

Broad exclusion orders also undermine innovation. For the U.S. to continue to lead in the development of new ideas and products, we must have an ecosystem in which devices and equipment are available, and advances in science and technology are accessible. If the ITC continues to allow itself to get dragged into brinkmanship and constant IP fights at the behest of patent trolls, the costs and uncertainties imposed will erode companies’ and individuals’ ability to come up with fresh ideas. This is not sustainable.

Further, in light of the technological sophistication of today’s products, the ITC should always follow its stated policy regarding 337 investigations and redesigned products. In all cases where the respondents ask the ITC to review and adjudicate whether or not redesigns would be covered under an exclusion order, the ITC must rule. This is critical to allow manufacturers to proactively move forward, ensure there are no unfair delays to future products and avoid blocks to supply chains and research and development efforts. Recently, the ITC has been inconsistent in adjudicating redesign requests as part of IP disputes. This should be an easy fix that will help ensure exclusion orders do not apply too broadly and affect non-infringing products.

Congress also has an important role to play. First, more attentive oversight will improve our understanding of the means and frequency of patent trolls’ efforts to hijack the ITC. Congress can also enact legislation to make sure the ITC intervenes on behalf of actual domestic industries and not fly-by-night operators looking to make a quick buck. Additionally, it can direct that the ITC give proper consideration to the potential harms from exclusion orders and refrain from imposing import bans unless they actually serve the broader public interest. In fact, the Advancing America’s Interests Act was recently introduced. This bill would require patent trolls to prove their patent led to the adoption or development of products that actually incorporate the patent, as well as require the ITC to consider the public interest before it enacts exclusion orders.

With products and supply chains destined to become ever more complex, the ITC must adapt. It must discard policies that undermine its invaluable role in promoting economic growth, innovation, and fair trade.

Dr. Peter Watson is president and CEO of Dwight Group, LLC. He served as the chairman of the U.S. International Trade Commission and at the White House as director of Asian Affairs at the National Security Council. He also served as president & CEO of the Overseas Private Investment Corporation. For several years, Watson was a visiting professor at St. Peter’s College, Oxford University and a non-resident expert at the Brookings Institute. Her Majesty Queen Elizabeth II honored Dr. Watson with the decoration as commander of the New Zealand Order of Merit.

Fri Sep 24 , 2021
This mom’s clever hack for fall candy displays saves money and looks so sweet! Macy Blackwell (@macy.blackwell) is a parent who shares creative style, cooking, and home decorating videos on TikTok. To get into the autumn spirit, Macy recently shared her secret trick for making festive fall candy decorations on […] 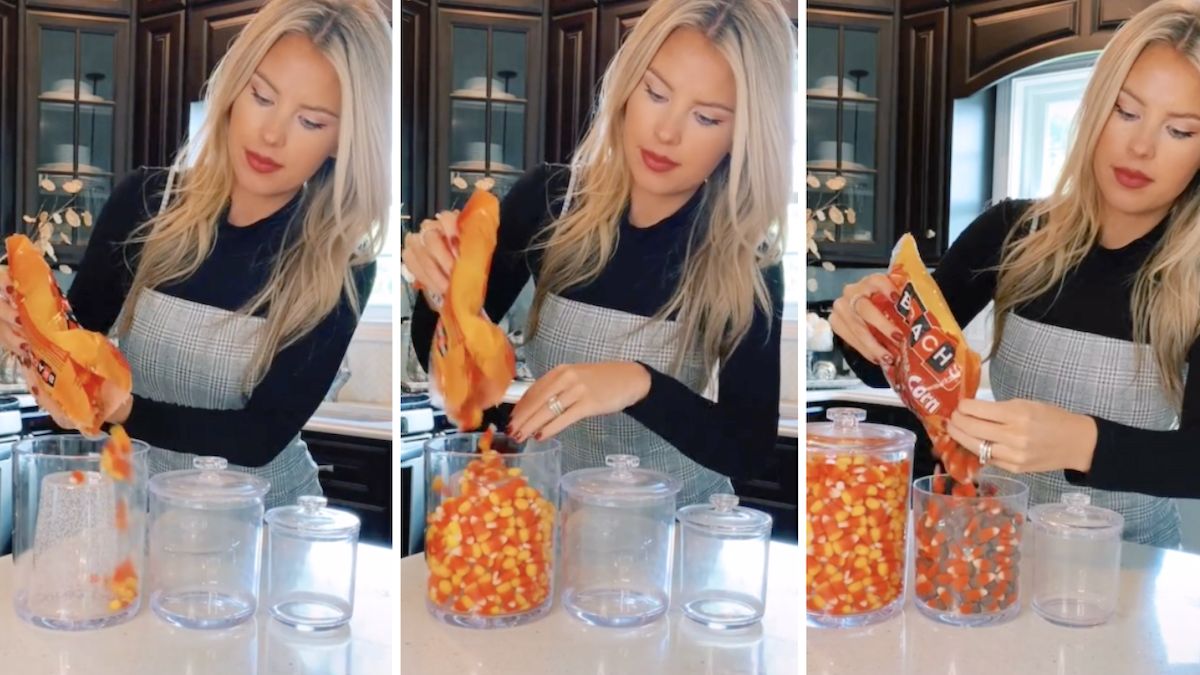