While others may pass time reading books, knitting or gardening, Tammy Rees Kane has a hobby that’s anything but typical: The Ocala resident spends her days hand-crafting life-size horror characters, ranging from creepy clowns to demon dolls.  Kane, who loves a good haunt, has been noted for her realistic tributes depicting […]

While others may pass time reading books, knitting or gardening, Tammy Rees Kane has a hobby that’s anything but typical: The Ocala resident spends her days hand-crafting life-size horror characters, ranging from creepy clowns to demon dolls.

Kane, who loves a good haunt, has been noted for her realistic tributes depicting famous horror movie characters, and she’s been commissioned to make custom dolls for people as far away as Canada, Puerto Rico and the United Arab Emirates.

Though she has no formal background in art, Kane’s former career helps her easily stomach the guts and gore that have come up in her four years of making horror characters and props.

Dead ‘bodies’ and fake fire: These Halloween decorations were so terrifying, people called 911

“I actually have a degree in criminal justice and psychology,” she said at her home in Ocala on Tuesday. “I used to work at the police department, Ocala PD, in crime scenes and the gory stuff. My brother was a cop growing up and he used to do the same thing.”

An assortment of creepy characters

It wasn’t until after working as a social worker years later that Kane took up the new hobby.

“I got so sick,” she remembered, noting bleeding ulcers and low blood count. “My heart stopped in the emergency room three times, and there’s nothing wrong with my heart. It was all stress.”

Bed-ridden with nothing to do, she started making items out of clay, including two-headed babies, or “pickled punks,” for display in apothecary jars.

People started reaching out to ask for their own, so Kane learned how to make molds from online videos and worked her way up to life-size figures.

In addition to commissioned items she sends to customers, she has her own figures to display at conventions like Villicon in Orlando and Spookala in Ocala. She takes them to movie premieres and sets up displays at locations such as the Ocala Escape, where she currently has a La Llorona figure from “The Curse of La Llorona.”

At her home, Kane has tribute figures of Valak the nun from “The Conjuring 2” and “The Nun,” Pennywise the clown from “It,” Billy the puppet from “Saw” and Annabelle the doll from “The Conjuring” and “Annabelle” series, among others.

She is also working on an animatronic Chucky from the “Child’s Play” franchise, pumpkin-skulled Sam from “Trick ‘r Treat,” Art the clown from “Terrifier,” Mogwai from “Gremlins” and the demon from “Pumpkinhead.”

“I liked art, but I failed art,” Kane laughed, recalling a time when she failed an assignment for making a soda bottle that was too realistic.

“She (the teacher) wanted the ones that were all stretched out or weird or whatever,” she said. “I didn’t get that part of the instructions, so I guess I do more realism type art.”

Kane’s art is so realistic it has caused some delivery issues. In one instance, a client asked her to recreate the dead infant that a character in “The Texas Chainsaw Massacre” franchise carries around as a doll.

FedEx flagged the package containing what looked like rotting human bones and held it for three days before shipping it.

In other cases, people have been so frightened they’ve punched Annabelle and Valak the nun in the mouths or spilled popcorn at movie theaters and ran away.

The horror artist makes other props and special items, including trophies for this year’s Freak Show Horror Film Festival in Orlando. She’s even done makeup on movies, such as creating the appearance of an arrow through someone’s neck or an eye gouging scene.

Monsters in the making

Annabelle is among her most popular items. She says clients will purchase the doll to display in a case in their home or even watch TV or drive around town with her. She’s also made one for Hysteria, a haunt attraction at the world’s largest mall in Dubai.

Kanes’ characters are made of resin. She starts with a clay model, pours rubber over the head, removes the clay and creates a fiberglass shell for the molds. She paints the characters and sews their clothes by hand. She has also taught classes on making molds and props.

She does all the sculpting by looking at pictures and screenshots from movies that show different angles or features of the character.

A real-life Annabelle?: Take a peek at a Pennsylvania woman’s haunted doll collection — if you dare

Though it seems like a hobby that would be more popular during Halloween, Kane stays busy all year long making her creations.

“Some of them are a lot less time than the other ones, but on average because of dry time and stuff like that and having to set things up, it’s an average of about two weeks before I get one from the start to finish,” she said.

“People go, ‘Aren’t you creeped out having it in your house?’ ” she said. “It just looks like a doll. I don’t even see anything creepy anymore, none of them really.

After making so many Annabelle dolls, her current favorite to create is Pennywise. She’s nailed down his features from the glowing yellow eyes to cracked forehead to his bloomer pants and ruffled collar.

“I’ve always loved art and I’ve always wanted to do stuff like this, but my parents were always like, ‘No, you can’t do this. You’ve got to get a real job,’” she said.

Now that she’s had all the “real jobs,” Kane is enjoying her time crafting the terrifying icons and hopes to make her own horror films soon, perhaps creating her own gruesome characters that customers will buy one day.

Kane’s horror creations sell for $300 to $1,000. She can be reached on Facebook at Fatal Images props for haunts and film.

Sun Oct 31 , 2021
Opinions expressed by Entrepreneur contributors are their own. Before 2020, maintaining a design business without an online presence wasn’t an easy task. With the pandemic, we’ve realized it’s impossible to grow without an organized approach to digital branding.  With the right strategy, digital branding can help you build your credibility […] 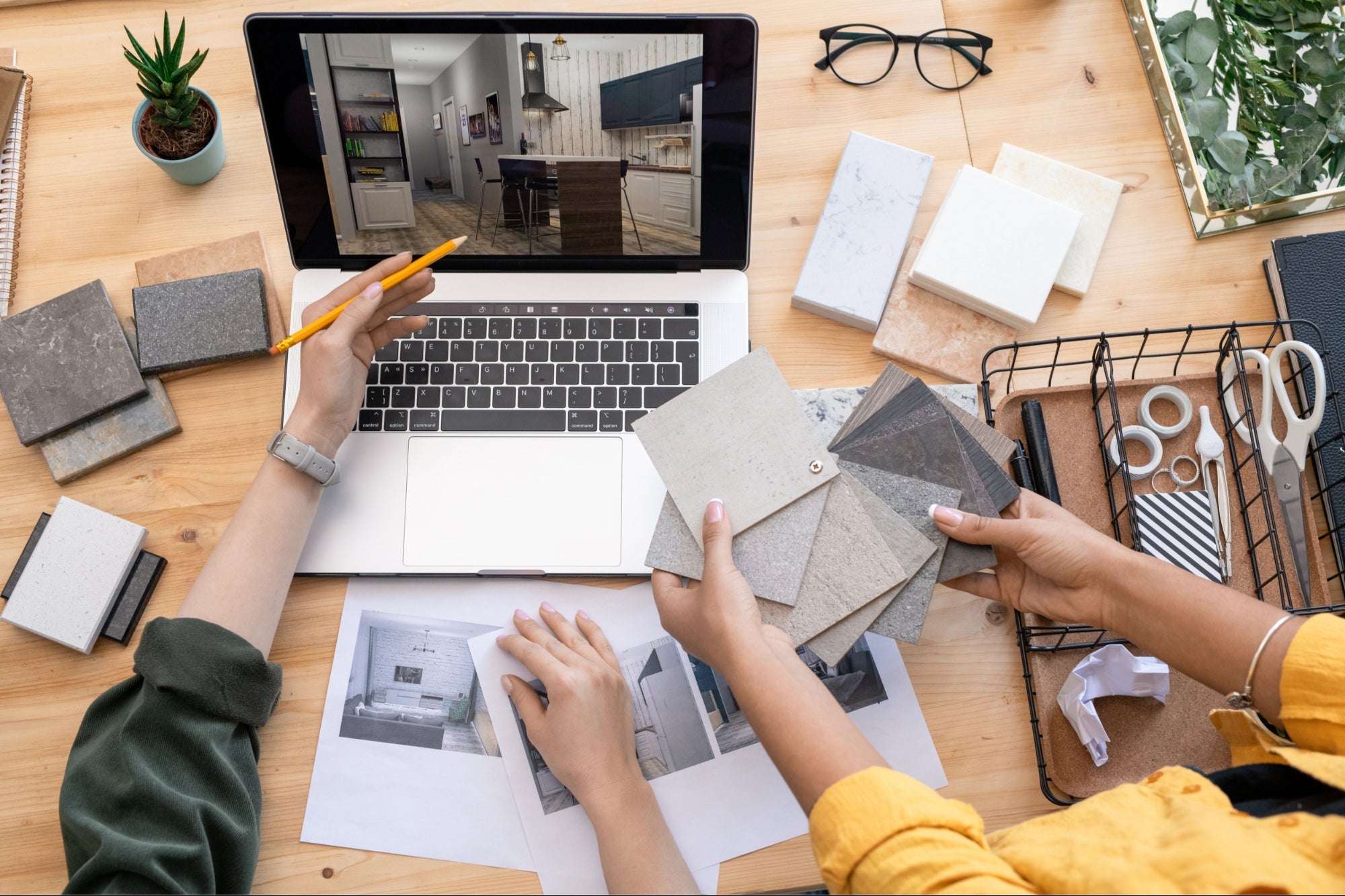