WASHINGTON — Replacements for components that caused cost increases and program delays for two multi-billion dollar nuclear warhead programs have passed tests, putting the programs on track for new production dates, according to a top official from the National Nuclear Security Administration (NNSA).

But Charles Verdon, deputy administrator for defense programs at the NNSA, pushed back Wednesday on a recent report from a government watchdog that warned the agency is moving too fast on another major warhead modernization project.

The issue, found within the B61-12 and W88 Alteration 370 warhead programs, was first revealed by Verdon during last September’s Defense News Conference. It involved commercially available capacitors that, during stress testing, did not give NNSA confidence they could survive the 20-30 years needed for these designs. Verdon emphasized then that the parts were not at risk of failure under normal circumstances, but that the agency was acting out of an abundance of caution for the long-term life of the weapons.

All told, the B61-12, which was designed to replace America’s existing nuclear gravity bombs, will cost an extra $600-$700 million. The W88, to be used on future submarine launched ballistic missiles, will cost about $120-$150 million because of the capacitor issue, per agency figures.

After the issue was discovered, the date for the first production unit for both warhead programs was delayed. The good news, Verdon said, is that those programs are now on track to hit the new targets and that the technical issues have been solved. The replacement components for the W88 have “passed all their tests,” while the B61 parts “are on the same path — much more extensive because there are more parts. But we are successfully moving through those now,” Verdon said.

The NNSA is a semiautonomous agency located within the Department of Energy. While the Pentagon develops the delivery systems for nuclear weapons, the NNSA produces and secure the warheads. Verdon’s comments came at an event co-hosted by the Mitchell Institute and the Advanced Nuclear Weapons Alliance.

Criticism of the program timeline

Last week, the Government Accountability Office (GAO) released a report warning that the NNSA is overly optimistic about the timeline for its W80-4 program, which would be the warhead for the Air Force’s future air launched cruise missile, known as the Long Range Standoff weapon, or LRSO.

The GAO reported that the NNSA’s plan to deliver the first W80-4 warhead by September 2025 is “more than a year earlier than the program’s own analysis says is reasonable” for the $11.2 billion program. Given the importance of aligning the warhead production with the Pentagon’s development of LRSO, the government watchdog recommended using a later timeline target to avoid a program gap.

However, Verdon pushed back on the idea the NNSA is being too aggressive, saying the goal is a “good driver” for the agency to keep pushing hard on the project. He also said that NNSA and the Pentagon are aligned on potential risks.

“We always work to make sure that they understand that there could be a slip, and that they’re planning of what a slip could be or what a slip could empower slip could impact their work,” Verdon said. “They’re updated constantly about the progress. And if it becomes timing – if COVID becomes worse such that things do slow down – we’ll already have, kind of, courses of action in place of which we can begin to develop if we do have to slow down.

“But right now we don’t see a reason to take the foot off the gas pedal.”

GAO is also working on a report about the W87-1, which has a currently fiscal 2030 target operational date. That warhead is expected to go on top of the Air Force’s Minuteman III replacement program, known as the Ground Based Strategic Deterrent.

Verdon stressed “close coordination” between DoD and NNSA on the W87, noting the Pentagon’s needs “oftentimes drive when we have to have certain components ready to do early flight tests or early ground tests.” As to risks, he noted that agency leaders are looking at the lessons learned from the previous warhead delays, and have built in multiple schedule options to maintain flexibility.

“What we’re doing for the W87 is that we have baseline approaches, but we are carrying a number of different secondary and tertiary approaches to it, in case the baseline isn’t met,” he said, in order to “maximize the chances of success for these in all cases.”

However, he also noted that this program is particularly dependent on new production facilities coming online as planned, which could be impacted by COVID or budget delays.

Verdon said the agency has largely handled COVID well, with a plan implemented early that gave the laboratories flexibility to do as much telework as possible while focusing first on maintaining the current stockpile, and then prioritizing the nearest-term modernization programs. But he also pointed out that the pandemic could have unforeseen impacts down the line.

One factor that could cause disruptions to NNSA’s plan is the ongoing debate over the agency’s budget. The NNSA received a massive spike in funding under the president’s budget request, following an internal fight that leaked out into the press.

While the defense committees in both chambers have largely supported that funding, the House Energy and Water Development, and Related Agencies Subcommittee — which has jurisdiction over the DoE, and hence the NNSA — has voted to cut the agency’s budget, including stripping out $53 million for early work on the W93 submarine launched warhead.

While the $53 million in NNSA funds is not a significant figure, any delay in the development of the W93 could delay the expected deployment, not just for America, but for the United Kingdom, which plans to buy a version of the warhead. And there is speculation in the nuclear community that former Vice President Joe Biden, should he win the presidency in November’s election, would look to cancel the nascent program.

Any broad cuts to the NNSA budget request “will impact the warhead acquisition schedules,” Verdon said, as the money is needed to set up new facilities which in turn would impact when work on the warheads can get underway.

Thu Jul 30 , 2020
From Seventeen The cardigan sweater from Taylor Swift’s “Cardigan” music video is available for purchase online. Recently, though, Taylor got called out because the logo on the sweater looks a lot like one used by a Black-owned business. Taylor’s team has since responded and changed the sweater’s logo. When Taylor […] 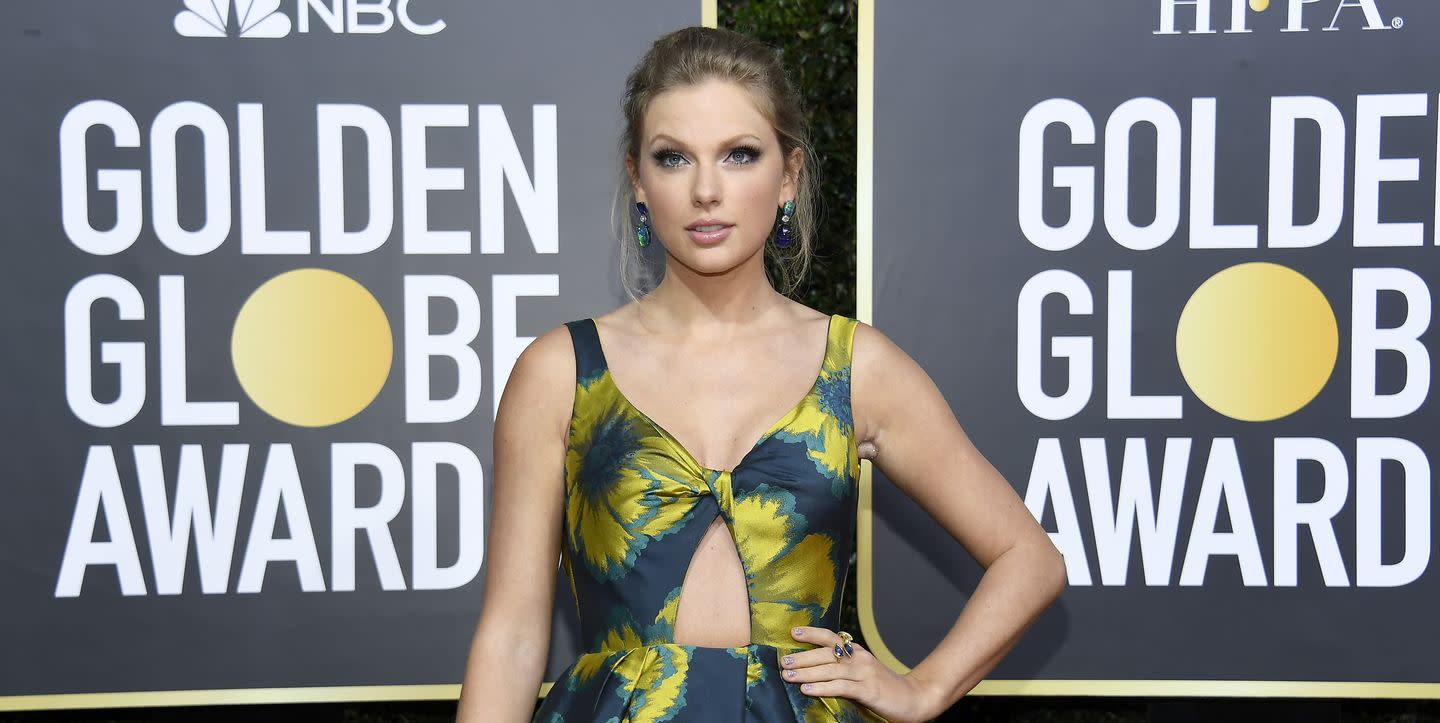