© Provided by Pinkvilla   Time flies, and Priyanka Chopra, 39, and Nick Jonas, 29, have been married for three years! The “Jealous” singer uploaded a video on his Instagram account commemorating the couple’s anniversary, showing a peek of a romantic date the couple had in London, England. Nick […]

Time flies, and Priyanka Chopra, 39, and Nick Jonas, 29, have been married for three years! The “Jealous” singer uploaded a video on his Instagram account commemorating the couple’s anniversary, showing a peek of a romantic date the couple had in London, England. Nick went all out with the decorations, which featured lit-up letters spelling out “FOREVER,” flower arrangements, and petals scattered over the floor.

White candles could also be seen beside the display, as well as hot pink candlesticks on the table. Music played in the background as Nick moved his camera around the room, eventually landing on Priyanka, who offered a loving smile and waved while reclining on a gorgeous blue velvet chair. The Quantico actress looked stunning in a sleeveless camel turtleneck sweater, accessorised with a silver bracelet on her left hand.

Nick captioned the post, “3 years,” alongside a heart emoji. On the other hand, Priyanka shared a snapshot of the table with a close-up of the candles, as well as a green card with the words “Found you, married you, keeping you” on Instagram. A gigantic white feather display and a neon sign with the words “Always & forever” written in cursive could be seen in the backdrop. However, It’s hard to fathom that Priyanka and Nick’s lavish wedding in India was so long ago. The spectacular wedding, which took place over many days in Jodhpur, India at the Taj Umaid Bhawan Palace, was undoubtedly one to remember.

Interestingly, this comes barely a week after Priyanka Chopra made headlines for removing her surname from her Instagram username. As soon as the development piqued the interest of followers, rumours of all is not well between the duo began to circulate online. However, Chopra’s mother promptly disputed these false rumours, confirming that everything between the two is good, as seen by Priyanka’s newest Instagram post. On November 29, the duo were also seen having fun at a date night at the Fashion Awards 2021 at the Royal Albert Hall in London.

Thu Dec 2 , 2021
A video of a child yelling at First Lady Jill Biden to “shut the f**ck up” during a reading at the White House is spreading wildly online despite being determined to be fake. The edited video includes inserted audio of a child yelling the comment to make it appear as […] 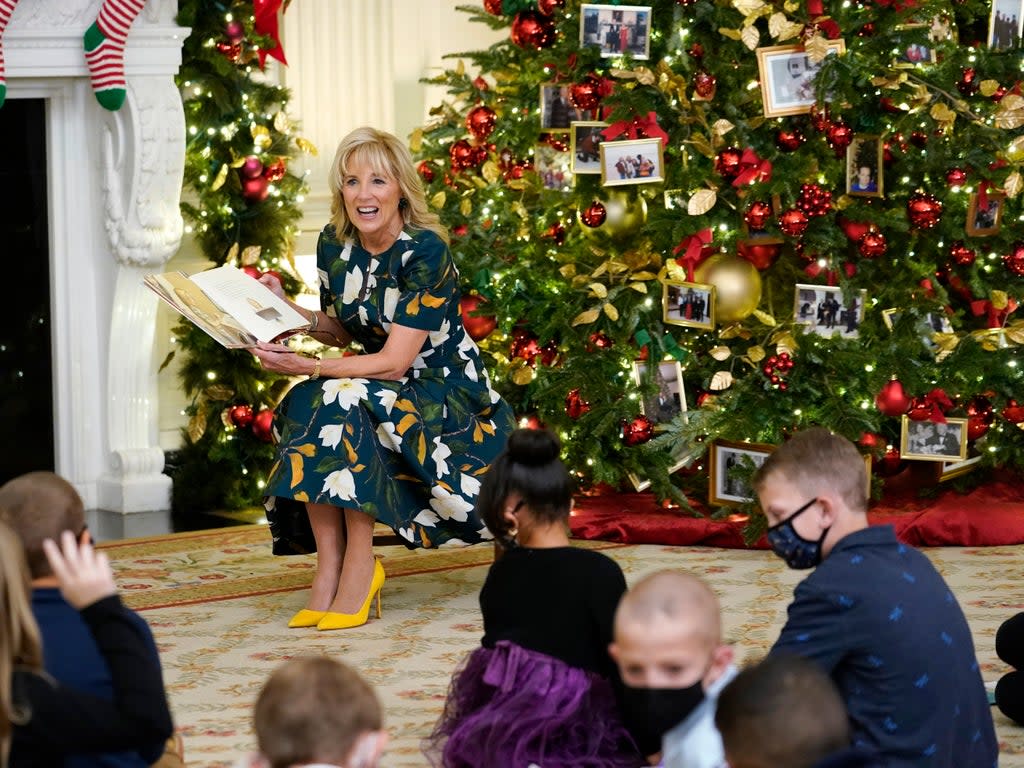