Animal Crossing: New Horizons has had a lot of content updates over the last year, but it could use these five quality of life changes.

Next month will mark one year since Animal Crossing: New Horizons launched. The island paradise management game has captivated a strong and dedicated fanbase, keeping the game fresh with significant content updates with each new season. The focus on new content certainly is a great way to keep the game feeling fresh and new, though many fans wish that more quality of life features would be implemented into the game.

Fans have been requested the ability to craft DIY recipes in bulk ever since players began to really dig into the new crafting mechanics introduced in New Horizons. This would do wonders in helping island designers create larger-scale outdoor displays that require multiple of the same furniture type. Things like chairs and tables are often placed in bulk, among other furniture items.

Being able to craft in bulk isn’t just useful for those creating furniture. Crafting things like medicine and tools in bulk can help players get through resource collection a little quicker since they won’t need to take breaks to recraft tools. Bulk crafting also doesn’t need to be limited to a single item, as being able to craft multiple items at once would be incredibly useful for almost every kind of Animal Crossing player.

It’d also go a long way to let players interact more with certain objects. Unique animations of players directly interacting with objects like snowcone machines and treadmills could give new life to homes. Furniture with more functionality beyond being static decoration would give a nice amount of spice and functionality to players’ creations.

Give More Information on Game Mechanics

A common request from fans regarding quality of life changes has to do with how New Horizons presents information and data to the player. Things like their friendship level with other villagers, when certain special NPCs will show up and the math behind the turnip market would be helpful things for players to know. A lot of that information can be found online, but it’d be far more useful if New Horizons presented that info in-game.

A frequent request is for players to be able to see their current friendship level with their villagers. A lot of this kind of information is kept vague to both simplify the game and keep the gameplay more casual. However, certain players could really get a lot of use out of the curtain being pulled back a bit more when it comes to New Horizons‘s mechanics.

RELATED: Pokémon: Why Pickup Is the BEST Ability

There are many strange limitations in New Horizons that keep players from being as efficient with their town customization as they could be. For example, residents can only purchase five pieces of furniture a day from Nook’s Cranny, which can greatly limit how players can customize and furnish their islands. Another strange shopping restriction is that players can only buy a single item from the Nook Stop at a time, instead of redeeming their Nook Miles on multiple items at once. Much like bulk crafting, buying in bulk from Nook Stops and buying more furniture would help quicken the more mundane aspects of New Horizons and reduce some of the more repetitive gameplay elements.

Special NPCs like Flick, Redd, and C.J are randomly selected to spawn each week, giving players a new unique inventory to buy and sell from each day. The problem with this, especially with characters like Redd, is that it can make gathering the game’s collectibles much more difficult than it should be. There are some calculations that go into determining which special NPC will show up, but that still involves a decent amount of randomization.

Giving players a consistent schedule for these special NPCs or ensuring that some of the rarer ones spawn a bit more consistently would help tremendously. Players have reported that some NPCs spawn less frequently than others, making using the rarer NPCs’ services fairly tedious. Players should have the ability to know which NPC will arrive which week or an update could at least even out the spawn rate of the special NPCs.

A writer for CBR since September 2020, Jacob Creswell is a life long writer and gamer. Has written for both local and global publications. Lover of Animal Crossing, Undertale, Team Fortress 2, and a little professional wrestling on the side. Often can be found doing way more research than needed for his video game theories. Can also be found on his Twitter, @Creeology98

Wed Feb 10 , 2021
The sale’s top lot was found in this near pair of Eighteenth Century Philadelphia Windsor armchairs at $79,300. “The key there was that it was an almost pair, which is sort of unheard of in the Windsor chair market,” auctioneer Jamie Shearer said. The belief is that they were made […] 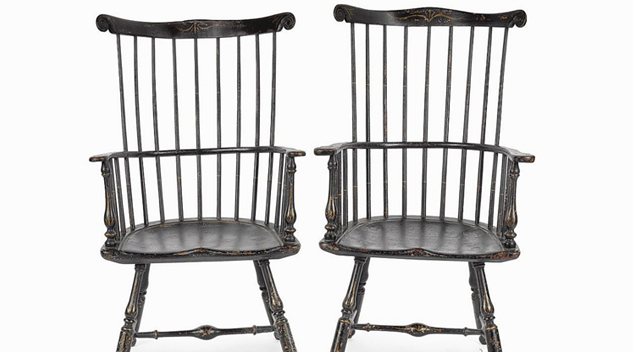