Monster Hunter Rise’s Frost Islands does a good job hiding its Relic Records. Here’s how players can find all ten of them.

Monster Hunter Rise doesn’t just add new mechanics to master, it added a new way of sharing lore. Relic Records are well-hidden swords found throughout the locales of the game that contain messages about the area and monster that live there. They provide a nice little story of wyvern researchers, travelers and even some local legends.

Lore isn’t the only reason to seek out these Relics. Retrieving all of them in an area unlocks house decorations which can be purchased from Kagero the Merchant, found in the main area of Kamura Village. For the Frost Islands, these decorations are Goss Harag and Tetranadon statuettes which can be placed in the Hunter’s house. Here’s how to find the Frost Island’s 10 Relic Records.

RELATED: Monster Hunter Rise: Where to Find Every Relic in the Shrine Ruins

Starting from the order of the messages, the first Relic Record is located in area seven. In the center, there is a frozen island with an old shrine on it. You can’t climb or Wirebug to it from the ground; instead, you’ll need to climb the cliffs by the pocket of water on the east side of area seven. From there, you can Wirebug across to the island. On the front side of the shrine is the Relic.

While this Relic Record is technically in area one, the best way to reach it is by starting from the main camp. There is a large tree in area one that can be reached via Wirebug from the cliffs when coming from the camp. Follow the big branch and you’ll come to a steep part. Carefully Wirebug up to climb it, and the Relic will be waiting at the top.

Relic Record three is not far from the previous one. In area four, climb up the cliffs east towards area five and face area two or south on the map. Look carefully along the seemingly dead-end wall, and you’ll spot a small hidden cave just above. Climb up and slide through to the end to find a shrine and this Relic Record.

This one is easy to find and located in area five. Head north of the area to the cliffs and climb up. Follow the path around the first ledge you reach, and you’ll come across a Melynx camp with a snowcat. The Relic Record will nearby, out in the open.

The sixth Relic Record is located on a beautiful vista in area eight. Climb the western cliffs and follow them around to reach the piece of shipwreck above. Climb the front or back of the small cabin, as the roof can block you on the sides. From there, carefully continue up the mast to the very top. There is netting there to make it easier. Relic Record six is in a crow’s nest.

Hidden in another cave is Relic Record seven. This cave can be accessed from either area 12 or area 11. In area 12, there is an entrance you must crawl through at the southern end just before the path into area 11. The cave can be found in the northeastern end and is accessed by crouching. There are a few gathering goodies in here, and there’s a climbable ledge with the Relic on it on the western wall.

This Relic Record is located east of area five. Climb the cliff on that side and continue heading in that direction. There is a path leading south, following the taller portion of the cliffs. Along this it is a small alcove containing a shrine and the Relic.

Possibly one of the hardest Relics to reach in the game, this requires some skill with the Wirebug. Head to area nine and climb the cliffs to the north. The first tall pillar has one climbable spot on its northern side. Head up and follow the path and Wirebug across to another cliff. The next climbing portion doesn’t have a resting place. Instead, you’ll need to jump off the wall and use the Wirebug aim (ZL + ZR) up and left to reach another nearby cliff. You may need to Wirebug hang and do a second aim, so for this reason, it’s recommended that you snag a third Wirebug. The Relic is on this cliff.

The final Relic Record isn’t far from the previous one. Drop to the cliff just below and head through the small cave. On the other side is a spot for a Great Wirebug that will shoot you across the water to a small island. While in the air, Wirebug towards the wall and climb up to a ledge with some arches. If you don’t do this in time, you’ll fall into the cave of area 12. On the ledge is the final Relic.

A video game writer for CBR who loves not just all things video games, but metal, horror movies, and has a particular soft spot for Earthbound. Living in Canada with her handsome pooch, she also don’s a cape for creating digital art on occasion and has some experience with the development side of gaming. Since the plague, she’s been writing a blog about journeying through her video game collection.

When Does Party City Put Out Halloween Stuff 2021?

Mon Aug 16 , 2021
Party City is the go-to for all fun Halloween stuff, and this season is no different. If you’re past ready to put up your goblins, ghosts, and witches, and you’ve been sitting on the edge of your debit card ready to buy up your family’s costume, then you need to […] 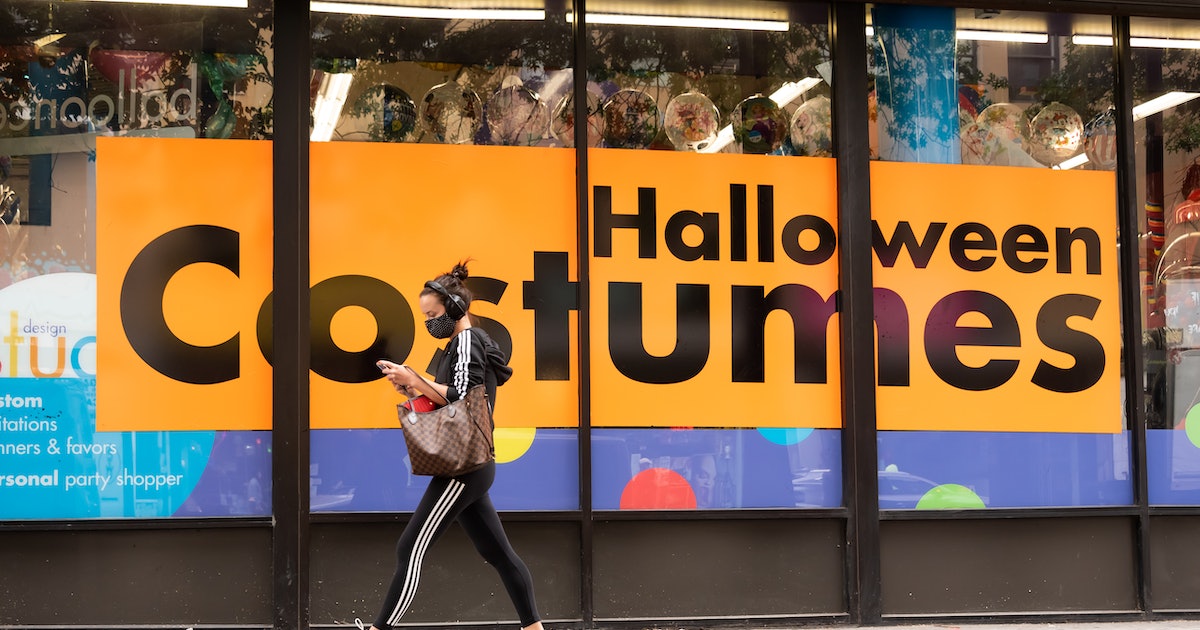