Here’s two of the coolest things about children: they are extremely committed to living their best lives at all times and their concept of “best life” can often be delightfully weird. Take, for instance, the tale of one mom’s worm-themed birthday party query, as told in a viral Reddit post. […]

Here’s two of the coolest things about children: they are extremely committed to living their best lives at all times and their concept of “best life” can often be delightfully weird. Take, for instance, the tale of one mom’s worm-themed birthday party query, as told in a viral Reddit post. On r/Mommit, a popular sub-Reddit forum, parents can ask advice on common problems — like “How do I address my toddler’s sudden biting phase?” — or not-so-common problems — like “How do I throw my daughter the worm-themed birthday party of her dreams?” Yes, this happened, and from beginning to end it’s both perfect and pure.

The title of Redditor u/timetripper11’s post more or less says it all: “Daughter insists on worm theme for her birthday party.” In and of itself, that would be pretty funny, but let’s move on because it really gets even better and more heartwarming. “My daughter is turning 5 soon and we are planning her birthday party,” u/timetripper11 began. “She insists on having a worm theme for her birthday. I have no idea how I’m going to pull that off. I Googled worm cake and worm decorations and there’s not much. I’m not very creative so I thought I would turn to Reddit for help/ideas.”

First, we should pause for a moment to appreciate a few things, chiefly the idea that worms can bring anyone so much joy that they want an entire party dedicated to them and two, this parent, rather than dismiss the theme as “too hard” or “too random,” is leaning into it. Not only that, they seem determined to make it a really special birthday. Surely that deserves to be celebrated.

Other Redditors were extremely here for the whole post. Even if they didn’t have great advice (and who can blame them because, seriously, who has party planning ideas for a worm-themed birthday party off the top of their heads?), they wanted u/trimtripper11 to know this was a great idea.

“Your daughter is awesome,” declared u/strange_foot.

“Can I just say how much I love mom’s supporting their weird kids to be weird kids?” offered u/Zorrya. “It makes my day.

But the thread was full of more than mere appreciation of the “Worm Birthday” concept. Redditors offered lots of advice, from “dirt cake” made from crumbled Oreos and decorated with gummy worms (which is good, since u/timetripper11 made it clear that their daughter was very much against the more common Very Hungry Caterpillar-themed cake), to different ideas for decorations (animal balloon worms: just blow up the balloon and slap some googly eyes on it!), activities, songs, books, and party games (pin the apple on the worm, anyone?!).

Redditor u/SlugCatt came correct with a full party agenda. “I teach preschool and have done a week-long Worm Theme for 4-5 year olds for the last 9 years,” they wrote before offering suggestions for everything from decor to educational sensory activities to “Worm Waltz” dance games, to theme-specific snacks (including the diabolical suggestion of “eat what worms eat” aka fruits and veggies – genius!).

But the most upvoted comment came from u/Not_A_Wendigo, whose suggestion was both excellent and kind. “What a cool kid!” they wrote. “I’m a (sea) worm taxonomist. I can’t guarantee I’ll be available, but if you’d be interested in having a little zoom or recorded presentation about worm science at the party, feel free to send me a message!” They went on to offer the same to other parents whose kids were interested in worms, free of charge.

So it turns out this off-beat 4-year-old was right: “worms” is absolutely the most perfect party theme ever. Just look at the delightfully fun way they bring people together!

Tue Sep 28 , 2021
Crows are screeching, witches are cackling, and werewolves are howling. Yep, the decor aisle at the store is full of motion detecting decorations again, which means it’s time to plop the animatronic Jack-O-Lantern into your cart and zip over to check out the seasonal baby clothes next. Your little one […] 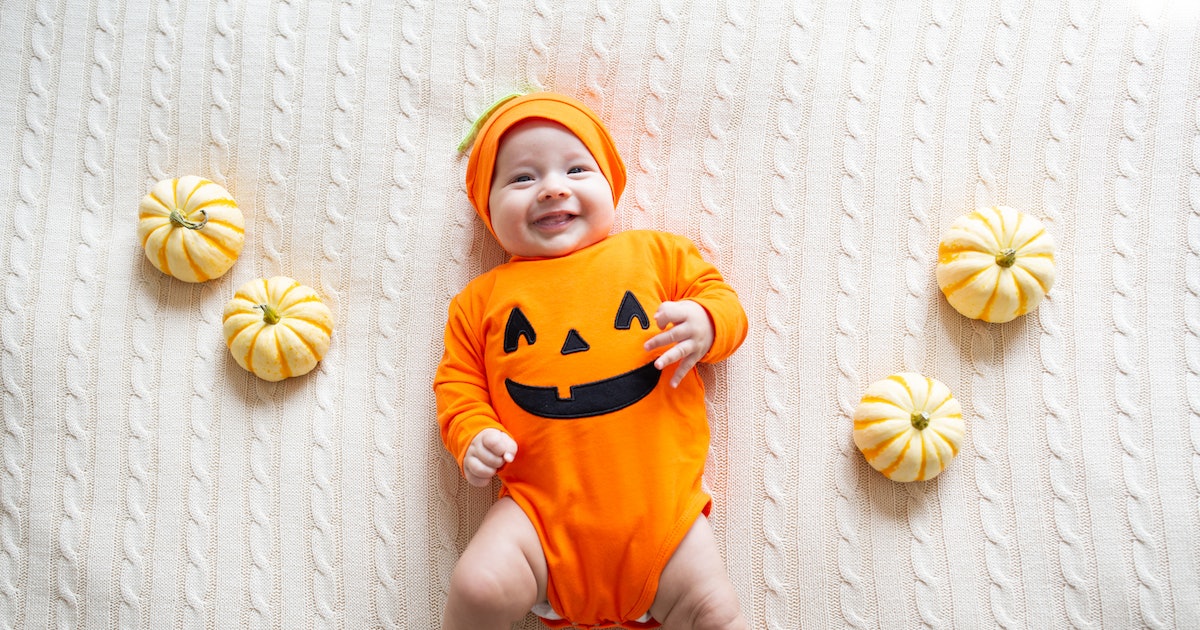