Caves and Cliffs Part 2 has just released for Minecraft, making biomes more exciting to explore and adding a much-needed improvement to height restrictions. There’s a lot more space to work with than before, even in chunks that haven’t been overhauled by the update. In both Survival and Creative, players can […]

Caves and Cliffs Part 2 has just released for Minecraft, making biomes more exciting to explore and adding a much-needed improvement to height restrictions. There’s a lot more space to work with than before, even in chunks that haven’t been overhauled by the update. In both Survival and Creative, players can build massive towers and labyrinthine structures over mountains and valleys. With this comes the possibility to build even larger mazes for other players to enjoy looking at or wandering through.

Creators have been finding ways to make exciting spaces for adventurers to explore since Minecraft was first released. However, mazes, dungeons, and cave decorations have remained a unique way for players to design new creations, even fashioning Minecraft caves made for scenic train rides. It’s asymmetrical gameplay in a way – a maze designer has to calculate how others will run through the maze and try to make it solvable while keeping it interesting for a player’s repeated walkthroughs.

Many maze designers in Survival mode utilize the natural scenery around them to create wonderful explorable dioramas with puzzling aspects, but that doesn’t mean that players in Creative mode can’t also create exciting mazes with command blocks and redstone. The following build ideas developed by various designers show off the interactivity of maze-building as well as the aesthetics it can add to any Minecraft world or server. Even though many of these were made before the recent update, they can still offer a bit of inspiration for aspiring builders looking to improve their new village, town, and cave creations with the changes made to Minecraft in version 1.18.

Tangled Maze Is A Minecraft Plugin That Builds Mazes By Itself

Tangled Maze is a Minecraft plugin created by Klaus Peter that lets a player decide how large they want their maze to be and then generates it over any terrain they want to use. There are also options to use blocks like hay bales and cobblestone, giving the maze different textures. Circles and squares can both be used as overall design shapes and the walls can be as high as someone wants them to be. The sheer amount of customization options makes this a flexible and useful tool for those that want to add a simple maze to their pre-existing builds.

The plugin looks like it is still available on the Easter Egg-filled Minecraft Java Edition and is stated to be compatible with 1.18. For those that want a quick blueprint for a maze or a pre-made one to fit in a house or castle, this plugin should provide everything they need. In addition, this idea should still act as a lesson for players who want to make custom mazes, as using varying terrain and heights can make a maze stand out from a traditional one made out of hedges on flat ground.

For Some Mazes in Minecraft, Big, Sprawling Maps Are Better

Survival can be fun, but once the limitations of hunger and mining are stripped away, players can create some awe-inspiring builds that may seem impossible from a newcomer’s perspective. BlackestMan94 on Reddit posted a maze they call Idaina Meiro, and it’s a massive one. Using time, command blocks, and lots of materials, they’ve made a segmented maze that goes through the nether and ends in the real version of the fan-made Minecraft End City, where players must fight against the Ender Dragon.

The work put into this maze could be daunting and scary for beginner creators, but the takeaways can be applied to creations of a smaller magnitude. What this design proves is that even when a maze is gigantic, it needs unique elements and structure to keep it exciting for those who want to explore it. Simply having stone walls could be suitable for a small maze, but for any creation meant for people to walk through, there needs to be a hook or variation in its decoration.

This Minecraft Maze Changes Every Five Seconds With Redstone

Basic mazes can be fun, but once it’s been solved, it’s easy for people to beeline straight for the exit. This Minecraft maze changes all of that – using redstone circuits built for making calculators in Minecraft, guilleag01 on Reddit has created a shifting maze made from constantly opening and closing iron doors. With the current setup, it’s possible to create multiple mazes that turn every which way. On top of that, it’s possible to make a maze that changes when the player or players are inside it, as there’s a button to automatically change the door layout every five seconds.

With a bit of work, hidden traps and moving pathways can be created to throw explorers off direction and off their game, and these can add excitement and terror to an otherwise peaceful experience. Like the maze above, redstone circuitry (as seen in Minecraft‘s sand art) might be intimidating to beginners, but even a secret passageway created using pistons and a pressure plate could be enough to add creativity to a build. Changing pathways and designing platforming can add depth to a maze by giving variety to its gameplay.

This Windows 95 Maze In Minecraft Is Funny And Simple

Of course, not every maze needs to be fancy, nonlinear, and decorated top to bottom – sometimes, it can just be funny. This maze by skipster-1337 on Reddit is a reference to an old screensaver that Microsoft included with Windows 95. Using what appears to be brick, carpet, and polished diorite, they’ve effectively captured the low-poly graphics of the original. Walking through the empty halls of this maze is probably fun enough for players based on nostalgia alone.

Creating mazes and games in Minecraft will always be a fun pastime due to the fact that they can be shared and experienced by friends online. By starting a shared Minecraft server, designers can watch as other players get trapped in their labyrinth. Hopefully, with enough unique and surprising elements, everyone will come out the other side having enjoyed the experience.

Even by oneself, designing and completing a maze can be a worthwhile endeavor. While it’s great to think about game design while creating one, it can also just be fun to add one to a castle for aesthetic purposes. With Caves and Cliffs, there are more possibilities for decoration in Minecraft than ever, and a maze might be one thing to add that could make a new build shine.

Next: How to Get The Totem of Undying in Minecraft

Pokémon BDSP: How Easy Are Shiny Starters To Get

Joshua Cole is a gaming writer for Screen Rant and a recent graduate of Emerson College with a BFA in Writing for Film and Television. He’s taken that storytelling prowess and analysis and is applying it to gaming, where stories are aplenty.

He’s based out of San Diego, California, and when he’s not writing, he’s probably looking for another creative outlet in the form of playing Magic: The Gathering or Planet Coaster.

Tue Dec 7 , 2021
The Hales Corners tree lighting ceremony will be at 6 p.m. Dec. 4 at 5885 S. 116th St. Santa will arrive by firetruck. In the spirit of Christmas, we all can use a little holiday cheer that doesn’t require admission to attend. Here is a roundup of free holiday events […] 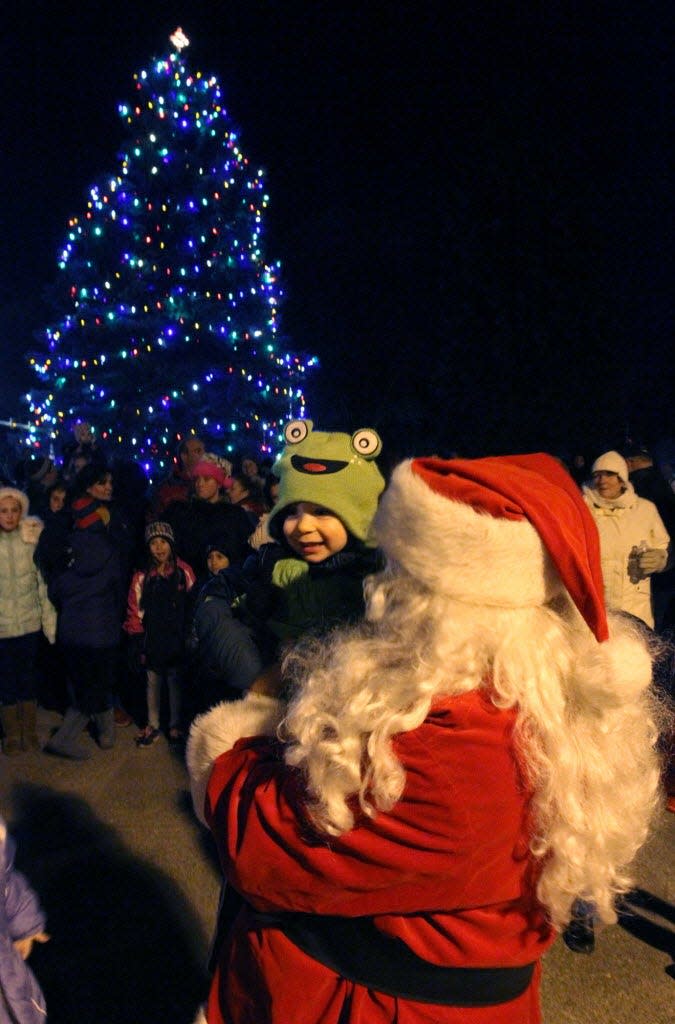