Is it too late? I’m quite used to hearing that Microsoft has annoyed someone. Usually, it’s a Windows user who’s angry about Redmond’s keenness to slip unwanted products onto their screens. I was rather moved, then, to hear that Microsoft itself is enduring conniptions of the most fundamental kind. You […]

I’m quite used to hearing that Microsoft has annoyed someone.

I was rather moved, then, to hear that Microsoft itself is enduring conniptions of the most fundamental kind.

90% of respondents admitted they’re worried every time they share their information online.

70% privately pointed their fingers at the US government. They said it isn’t doing enough to protect their personal data.

How do I know this made Microsoft angry? Well, these details come from a bracingly seething blog post — published this week — from the company’s “Corporate Vice-President For Global Privacy and Regulatory Affairs and Chief Privacy Officer.”

Extraordinarily, we’re talking about just one person with all those titles, Julie Brill. She doesn’t think the US government is doing brilliantly.

Brill tried to rein in her irkdom. She began by talking about the importance of data in our new, more domestically confined world.

She said: “Data is critical not just in rebuilding our economy but in helping us understand societal inequalities that have contributed to dramatically higher rates of sickness and death among Black communities and other communities of color due to COVID-19. Data can also help us focus resources on rebuilding a more just, fair and equitable economy that benefits all.”

A fundamental problem, said Brill is the lack of trust in society today. In bold letters, she declared: “The United States has fallen far behind the rest of the world in privacy protection.”

I can’t imagine it’s fallen behind Russia, but how poetic if that was true.

Still, Brill really isn’t happy with our government: “In total, over 130 countries and jurisdictions have enacted privacy laws. Yet, one country has not done so yet: the United States.”

Brill worries our isolation isn’t too splendid. She mused: “In contrast to the role our country has traditionally played on global issues, the US is not leading, or even participating in, the discussion over common privacy norms.”

That’s like Microsoft not participating in the creation of excellent smartphones. It’s not too smart.

Brill fears other parts of the world will continue to lead in privacy, while the US continues to lead in inaction and chaos. It sounds like the whole company is mad as hell and isn’t going to take it anymore.

Yet it’s not as if Microsoft has truly spent the last 20 years championing privacy much more than most other big tech companies. In common with its west coast brethren, it’s been too busy making money.

Brill is undeterred. She tried to offer good news. Some states are taking the matter of privacy into their own jurisdictions. And then she offers words of hope that, to this reader at least, swim in baths of sarcasm: “There are also signs of real interest among some members of Congress.”

Real interest among members of Congress can often feel like real sincerity. You hope it’s there, but you suspect it’s not.

Yet I sense Brill doesn’t have too much hope in governmental action. So, spurred again by the company’s research, she turned to the corporate world.

Yet what do those companies do? They make privacy controls your responsibility, dear citizen. I dare say Microsoft has done that once or twice in its time.

“The large number of websites, devices and apps that people rely on to remain connected and engaged – a number that has grown even larger during this health crisis – makes it nearly impossible for individuals to navigate the privacy information overload and make informed decisions about how their data is used,” said Brill.

And then, in a perfectly chest-beating use of the plural, she added: “Too often, we deliver that information in notices difficult for lawyers and engineers to understand — much less consumers.”

Brill’s blog post is short on patience, but not short. It’s a withering exposition of what the tech world has wrought and how society has dissipated, especially during the last decade.

Just as there’s no trust in corporations’ protection of personal privacy, so there’s no trust in seemingly any facet of US society. Some might read Brill’s thoughts as if they’re in anticipation of — or even hoping for — a new administration that will embrace humanity more fully.

“Trust is essential,” concluded Brill. “It is time for government and business to work together to pass laws and reinvent practices to recognize the individual right to own and control personal data and to place the responsibility for protecting privacy where it belongs — on companies.”

I wanted to offer a grand hurrah. But then I was confronted by new research from the authors of “The Corporate Social Mind.”

Sun Oct 25 , 2020
To trick-or-treat or not has become a dividing question this Halloween season as fear of causing a super-spread of the coronavirus continues to worry East County residents. While everyone seems to agree that this is a personal choice, many are preparing for this weekend’s events to make sure that children […] 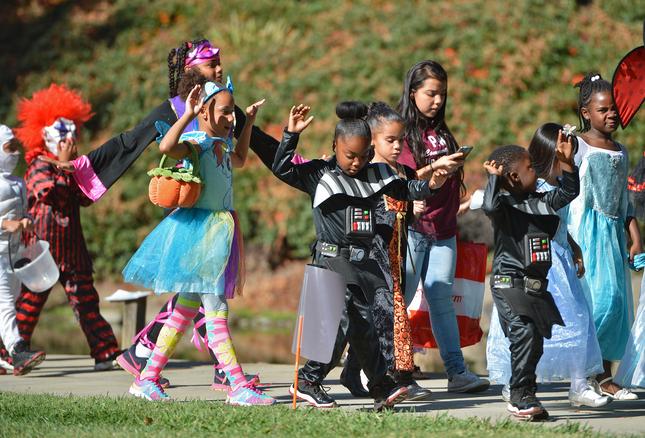