One of the three-dozen mansions that make up San Francisco’s highly affluent Presidio Terrace enclave has hit the market for $20 million, placing it among the priciest homes for sale in the city, Mansion Global has learned.

The quiet cul-de-sac has attracted a number of high-profile residents over the years, including Speaker of the House
Nancy Pelosi
, Democratic
Sen. Diane Feinstein
and the British government, which has maintained a consular residence there for nearly two decades, property records show. Bay Area-based architect
Andrew Skurman
and interior-design heavyweight
Ken Fulk
collaborated on this particular Georgian-esque estate, built for a private family in 2010, according to info from the listing agents
Lisa Wolfe
and
Neal Ward
of Compass.

The 10,000-square-foot, six-bedroom home hit the market this week and is being sold with the furnishings included. The sellers are also open to negotiating on the home’s eclectic mix of contemporary art work

“It presents a rare opportunity to move into a furnished residence,”
Ms. Wolfe
said.

The mansion sits on the western side of the cul-de-sac and enjoys dramatic views of the Byzantine-style architecture of the domed Temple Emanu-El synagogue next door to the private community.

From the front door, the mansion’s muted beige exterior gives way to a vestibule, whose dark ink-colored walls frame a dramatic snow-white entrance hall beyond. That reception room features marble floors and a grand staircase that winds up three of the home’s four levels.

The owners, local philanthropists, bought the property in 2002 for $2.68 million and tore down the existing house, according to local property records.

They used the floor plan of the previous home as a guide but built the spaces larger, and hired
Mr. Skurman
, known for his classical design focus, to make a home that was rich in character even without the furniture and art, according to information provided by the owners, who declined to be interviewed. They eschewed a more contemporary design in favor of something that would look like it could date to the early 1900s, when the Presidio Terrace neighborhood was originally built.

Evidence of that is in the row of dormer windows adorning the attic level, the soaring 25-foot ceilings in the entrance hall and a circular formal dining room.

The traditional-style architecture was married with more contemporary elements, like a vast open kitchen and family room, a sleek color palette of grays, whites and blacks, and powerful quotes printed directly on the walls, including ones from Nobel Laureate and Holocaust survivor
Elie Wiesel
and American-German philosopher
Hannah Arendt
.

From Penta Prices Rise Across Alps Ski Resorts Despite Pandemic

“The dignity is in the worker, not in the job,” reads a quote from writer
Howard
Fast, one of many adorning the main stairwell.

The home, whose steel construction is built to withstand earthquakes, is also replete in luxury amenities, including a lower ground floor packed with rooms for various creative pursuits. Besides a playroom, the lowest level includes a home theater, music room, yoga or art studio, gym and wine cellar, floor plans show.

The L-shaped primary bedroom suite encompasses a large dressing room and bath with a soaking tub as well as a small nook for a wet bar that leads to an adjacent office.

Fri Oct 23 , 2020
We’ve got questions, and you’ve (maybe) got answers! With another week of TV gone by, we’re lobbing queries left and right about shows including Lovecraft Country, The Conners, The Bold and the Beautiful and Star Trek: Discovery! 1 | Helstrom viewers: Did you ever find yourself distracted by how much […] 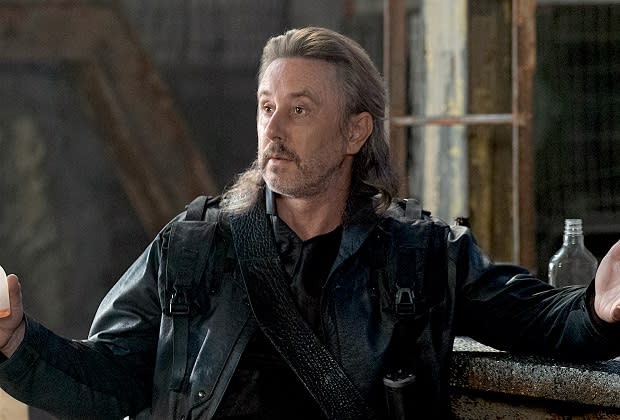