OLMSTED FALLS, Ohio (WJW) — A spooktacular idea is emerging from an Olmsted Falls home.  “My home became sort of a breakout of a giant skeleton that’s trying to escape,” said Alan Perkins. He spent 45 days executing his vision, showing us the skeletal details of his plastic foam and […]

“My home became sort of a breakout of a giant skeleton that’s trying to escape,” said Alan Perkins.

He spent 45 days executing his vision, showing us the skeletal details of his plastic foam and PVC pipe design.

“The fingers are articulated. It allows me to change direction of them if I want to.”

The display is an outlet for Alan to be creative.

“It also allows me to make something that is Halloween related, but family friendly.”

He also found a clever way to incorporate his neighbors, putting their names on tombstones in his front “graveyard.”

“I have a dozen names to be added to tombstones of other neighbors already who said please add me to the list,” he said.

Alan says people started reaching out, asking if they could give him donations for his decorations. But he found a better cause for those who are willing to give

“I found a group that’s about 200 strong across the US. They’re all different home haunters of some sort, whether they have a walk through or a display, and they’ve partnered with St. Jude Children’s Hospital and their goal is to raise $45,000 for St. Jude.”

“Skeletons for St. Jude” is a national Facebook fundraising effort that started last year with one man in North Carolina and has expanded to 44 states.

“There’s QR codes on it, you can donate directly. We’ve had some people who didn’t feel comfortable donating through QR codes so we put a donation box out front,” said Alan.

People’s interest was piqued as they stopped their cars to get a closer look, some even parking to speak to Alan.

“Anyway you can raise money for a good cause, like, I think it’s a great idea,” said Joshua Davis.

Alan says he just wants to see the children at St. Jude be able to celebrate his favorite holiday.

“This was a great way to come together as kind of a haunting community and support a great charity so that, again, kids in the future that are sick right now can get out and actually enjoy these displays in their own hometowns.”

Alan says he has been able to raise $200 through the donation box. Skeletons for St Jude says they have reached about $30,000 so far. 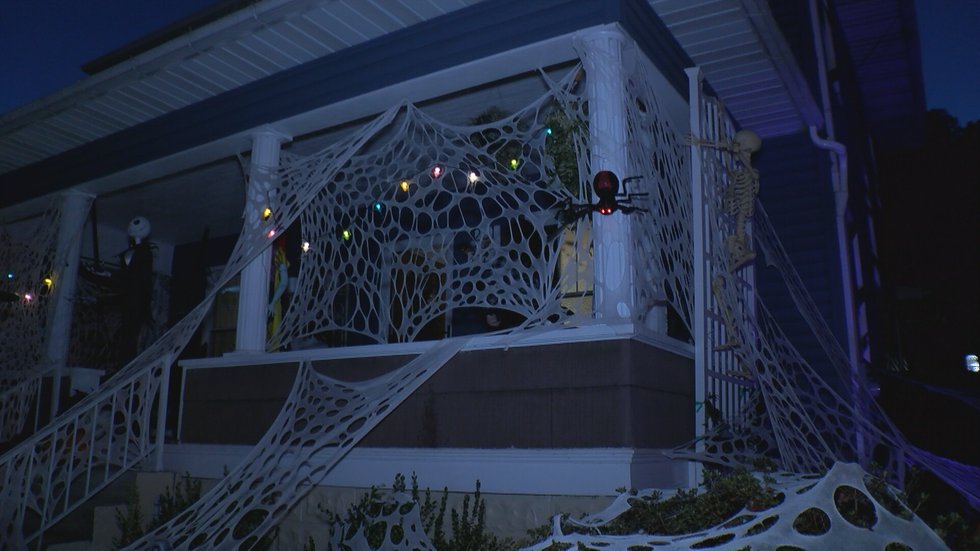