Lee is targeting a young consumer by mining its rich history to create a dual-gender capsule collection that will launch today on its e-commerce site and at Amazon.

The collection, which is intended to appeal to customers aged 18 to 30, offers replicas of some of its pieces from the Nineties as well as modern interpretations of key items from the brand’s archives. These include classic jacket and jean silhouettes including the Lee Rider and Chore Jackets; a selection of graphic Ts, sweatshirts, flannel and woven shirts; reimagined heritage jeans and pants in denim, and utility styles. The jeans are offered in several silhouettes including slim and straight leg, high-rise and skinny cuts.

All told, there are about 40 styles in the collection, which will retail starting at $30 for the T-shirts and going up $50 and under $100 for the jeans. A men’s shearling jacket is the highest priced at a little over $100.

The capsule is the latest project from Betty Madden, vice president global head of design for Lee Jeans. Madden, who had roles at Aerie, Nike, Abercrombie & Fitch, Old Navy and other companies before joining the brand at the end of 2018, has been working to update the image of the label, best known as a mass-market jeans brand.

“When I joined the brand one and a half years ago, I realized the consumer we weren’t talking to was this generation,” she said. “Youth is what drives any brand forward so it was critical to me to ignite that fire and start a conversation.”

Madden soon realized that these young consumers were wearing Lee, but it was pieces they had picked up at secondhand stores. “This is where this generation finds something exciting through a sense of discovery and Lee is finally something they’re interested in,” she said. “So we looked at how to bridge that gap.”

Although Lee traces its history back 130 years, what is most relevant to the young consumer today is the Nineties, she said, when Lee was popular with not only customers but celebrities such as Madonna and others.

Many of the T-shirts feature exact replicas of the archival artwork from that era, she said, and the outerwear is also a re-creation. But while the other pieces have been reimagined, the entire collection has a vintage feel. “We’re not trying to inspire people with old and tired, but make it cool,” Madden said.

Because these young people don’t necessarily wear apparel earmarked for either men or women, the collection is intended to allow for “individual expression,” she said. “This generation doesn’t see apparel as traditional male or female. There’s a lot of cross-gender going on. We have female influencers ask for men’s product — they’re not afraid to do that and wear it in their own unique way.”

Madden said that going forward, Lee will continue to offer product targeted to this young consumer. “This is a baby step, and a way to put our toe in the water with a generation that doesn’t know who we are,” she said. “But we’re committed to this age group.”

Lee is a division of Kontoor Brands, a spin-off of VF Corp., and the sister brand of Wrangler. This fall, Lee will be added to some 2,000 Walmart stores, although Madden said this capsule collection will not be sold in that channel.

In its second-quarter earnings call on Aug. 6, Kontoor reported that Lee was not immune to the economic downturn that has hit the industry since the pandemic began earlier this year. In the period, Lee’s global revenue decreased 58 percent to $86 million while its U.S. sales declined 66 percent due primarily to prolonged retail store closures. However, its online business rose 22 percent and the company said sell-throughs overall improved as the second quarter progressed.

“Like many apparel brands, we continue to navigate the evolving global COVID-19 environment,” the company said. “Fortunately, the Lee brand is distributed at many essential retailers that remained open during the pandemic. In addition, the brand is investing to distort growth in digital, in both owned and partner channels. Recently, we’ve seen an increase in consumer demand for more comfort-leaning products, such as seasonals with comfort-waist shorts. As we look ahead, we remain sharply focused on introducing the brand to more consumers with innovative products, compelling programs and new distribution channels.”

How to find time to design again

Tue Sep 8 , 2020
So you like TNW? Then join our upcoming online event, TNW2020, you don’t want to miss it. For the past few months, I’ve noticed an increasing number of designers online complaining about their lack of time to design. They have a packed agenda full of meetings and, if they’re lucky, […] 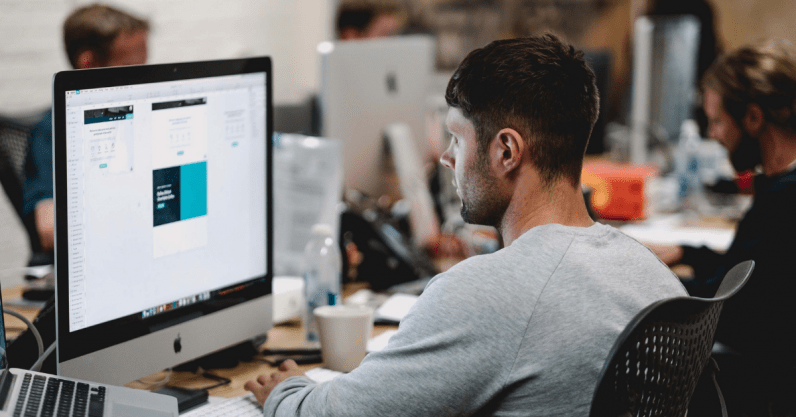